Quick recap: Admiral Ackbar was killed off in Star Wars: The Last Jedi and replaced with the female character Vice Admiral Holdo, played by Laura Dern, which was simply awful writing and storytelling, something Disney and director Rian Johnson are quickly becoming known for.

"I've been Ackbar now for about six years... I was not really thrilled how they blew him out the side of the ship," Kane said at a Star Wars Celebration. "I'm like, 'Who's this Holdo woman? Nobody knows her. No one is invested in her. Who is she? Why is she saving the fleet? If anybody is going to be saving the fleet, it would be Ack--.'" 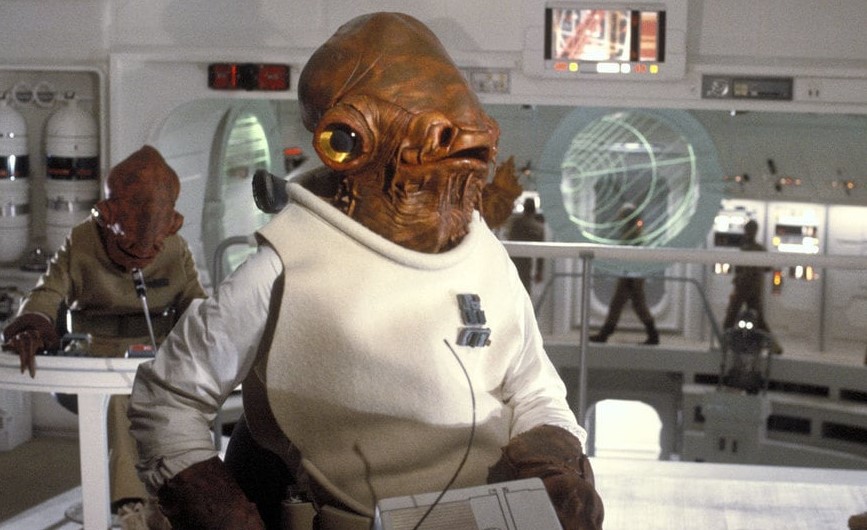 Tom Kane is then cut off by a moderator/interviewer who is running the Q&A, I believe from IGN who says, "Alright. Alright," makes a face and tries to change the subject from The Last Jedi to Clone Wars, which sees Kane laugh.

Recall that during the lead up to the release of Captain Marvel, a writer and reviewer for NBC Universal's SYFY confirmed that the Hollywood entertainment media and sites shill for Disney and the studios, so we see the same is happening here at Star Wars Celebration when Tom Kane gets cut off. Not surprising.

Regarding why Ackbar was killed off in The Last Jedi, it seems obvious in that LucasFilm president Kathleen Kennedy wanted the beloved character killed off in order to be replaced by a female character. Back in 2016, Kennedy said she wasn't going to cater to the male Star Wars fans, so we see she kept her promise. To quote Ackbar: "It's a trap" -- indeed.