Let’s see: How many Captain Marvels have I read about since the beginning of my comics career? Seven, eight — I lose count because I was not around for Genis; I did meet Phylla, however (well, not personally, lol).

Since Billy Batson and the noble Mar-Vell, the name has been as busy as Hank Pym’s business card printer. Now another favorite heroine of mine, Carol Danvers, who was there in Mar-Vell’s beginning, steps up to the title.

Will it hold for her? Or will the ghosts of Warbirds Past haunt her superhero desires again? 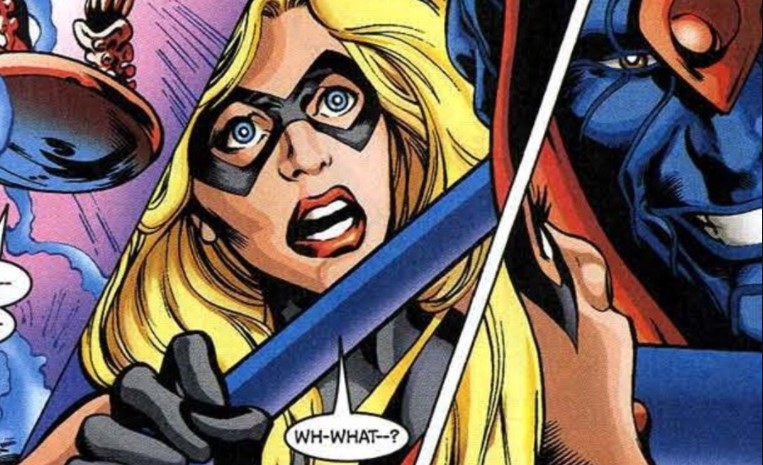 Let’s look at the Top 10 reasons I do not think this will work, shall we?

10. Carol, who was close to Mar-Vell, will always be comparing what he did (Protector of the Universe Entire, etc.) to what she is doing. Who can compete with a ghost?

9. Carol is/has been an Avenger. Team action is her thing. Individual super heroics has been her goal for quite a while now (she even hired a publicity agent once to aid her in this quest), but team action is where she is best.

8. Carol is/has been an Avenger. (Not a repeat.) She is used to giving orders in Mighty Avengers or taking orders from Iron Man or Captain America. How many of those folks would actually not see it as an affront to their cancer-stricken friend, Mar-Vell, should Carol take this name? (We may be finding out in the 616 soon.)

7. Both Carol and Mar-Vell were of a military mindset, and sometimes that can be a good thing. But we, and even Carol, saw how that can be an albatross during Dark Reign. We know that Carol always wanted to be with Luke’s renegade Avengers pack, not Tony’s. But duty called for the opposite, so —

5. Carol might be into the superhero thing now, something she really got the mindset of in House of M, but she also still has the buried genetic potential (as we have seen) of Binary, the former Starjammer. There may come a day when those powers are needed. Will her Captain Marvel guise allow her to travel beyond the stars to aid in some cosmic quest when the people of Earth need their Captain Marvel too?

4. What happens if the Kree find out? The race (or one of their machines) gave her these powers. Could the race that birthed Mar-Vell also want those powers back should she take their most cosmically honored soldier’s name?

3. What if folks mistake her comic for the SHAZAM backup in Justice League?

1. If it’s gonna be a woman, bring back the great Roger Stern-created, Captain America-trained, Starfox-approved Monica Rambeau! I always loved her character and leadership.