The uber-popular ’90s X-Men animated series may be getting a sequel of some sorts on Disney Plus.

Fans spotted new artwork that popped up on the streaming service of the X-Men ’90s animated series characters.

The art features updated versions of the characters that resemble the look from the ’90s show, including Professor X, Magneto, Cyclops, Wolverine, Rogue, Storm, Beast, Gambit, Jubilee, and Jean Grey.

Update: Live-action shows and a new animated series is rumored.

X-Men art on Disney Plus: 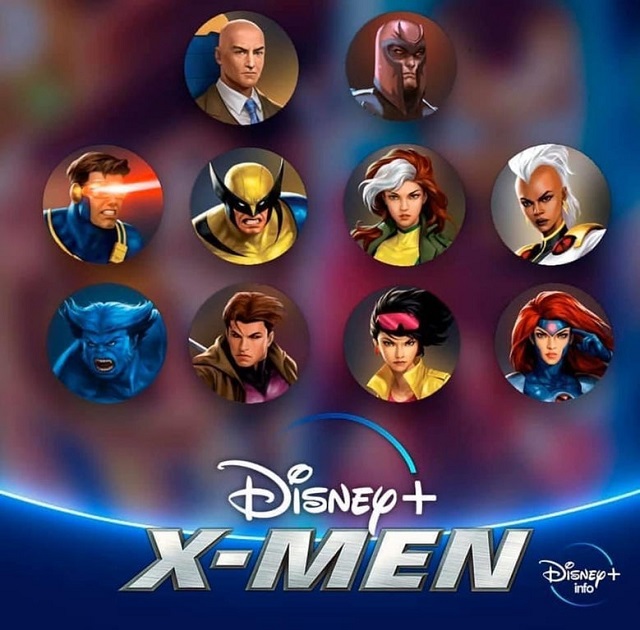 Worth a mention is why would Disney go to the trouble to create art for something that is old? They could simply use existing art to promote the show and wouldn’t have to spend any money.

I’m guessing that Disney realizes how big and popular the ’90s X-Men animated series is from the number of views the show has received on Disney Plus. While Disney hasn’t released official viewing numbers, simply by the fact this piece of new art – and new art for each character – has been created leads me to believe that the show is really popular on the streaming service.

What’s ironic is that when the X-Men animated series launched over 25 years ago, it suffered from numerous problems, was delayed to the cost of a million dollars, and Marvel almost pulled the show. What ended up saving the series is that it was getting primetime numbers (ratings) on Saturday morning, which now appears to be the case (or similar) for Disney Plus, potentially leading to a revival or a sequel.

Kevin Feige is reportedly a fan of the series, and with Feige basically in charge of all of Marvel, maybe Feige is giving the green light to a new series.