Watch a five-minute clip for Robert Kirkman’s new Invincible animated series coming to Amazon Prime that is based on his stellar comic book of the same name. 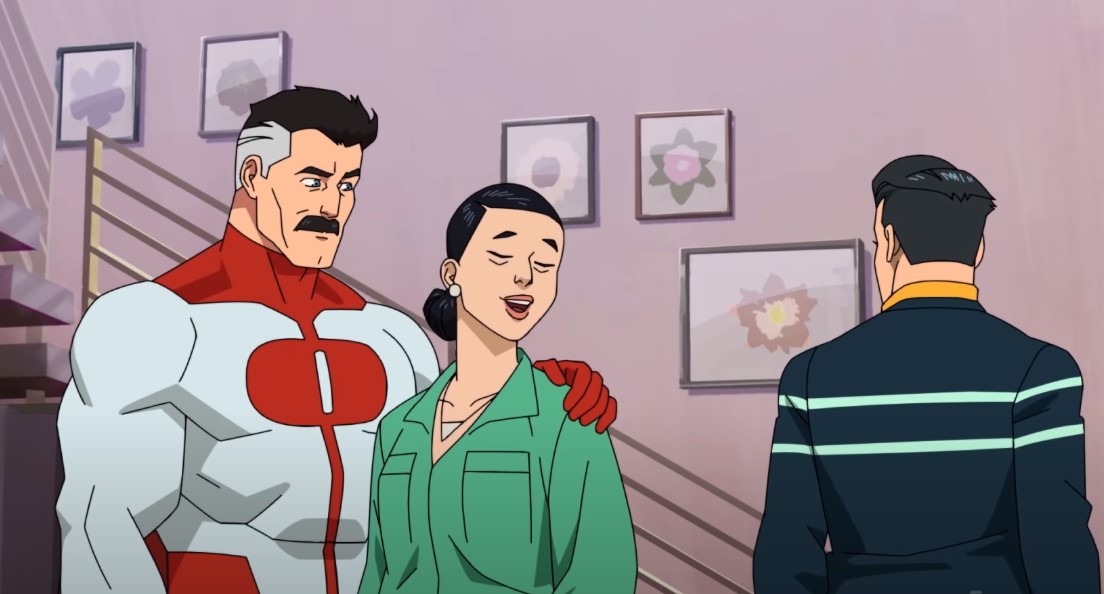 Invincible is an adult animated superhero series that revolves around 17-year-old Mark Grayson (Steven Yeun), who’s just like every other guy his age — except his father is the most powerful superhero on the planet, Omni-Man (J.K. Simmons). But as Mark develops powers of his own, he discovers his father’s legacy may not be as heroic as it seems.