AMC announces that The Walking Dead will end with Season 11, but the good news for fans is that the final season will be a two-year expanded season.

Further good news comes with the announcement that a spin-off series starring Daryl Dixon and Carol Peletier is in development, run by current The Walking Dead showrunner Angela Kang and co-created by Kang and Scott M. Gimple, chief content officer of The Walking Dead Universe.

AMC also has in development with Gimple a Tales of The Walking Dead series, a new episodic anthology focused on new and existing characters, backstories, and stand-alone experience, among other planned extensions of the universe. 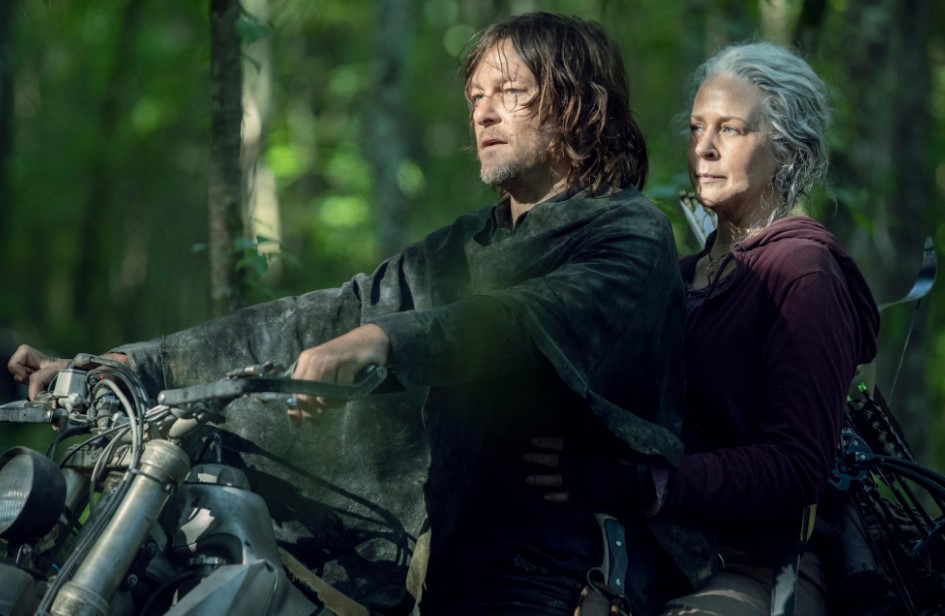 Details on the final season of The Walking Dead include that the show will end with an expanded two-year eleventh season that will span 24 episodes. With the previously announced six extra season 10 episodes scheduled for early next year, there are 30 remaining episodes of the flagship series that will run through late 2022.

Regarding the spinoff, as The Walking Dead universe continues to expand, the greenlit spin-off is focused on the popular Daryl Dixon (Norman Reedus) and Carol Peletier (Melissa McBride) characters, which will premiere in 2023. The company, working closely with Gimple, is also developing a number of other new and innovative projects grounded in The Walking Dead universe. 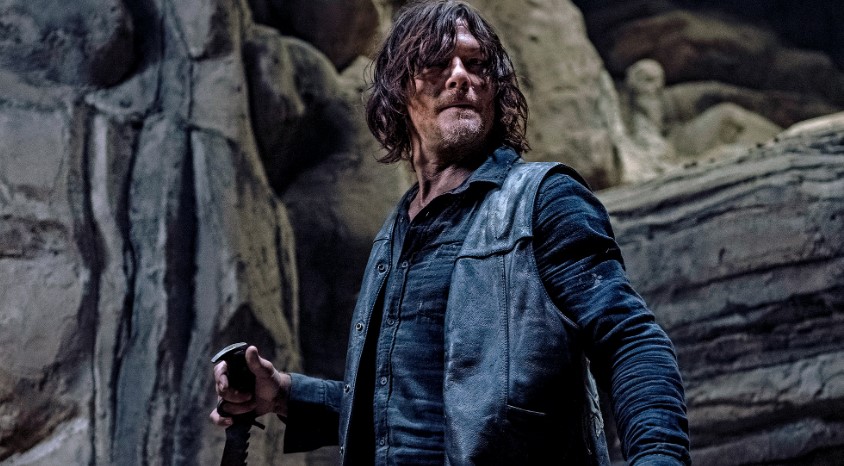 “It’s been ten years ‘gone bye;’ what lies ahead are two more to come and stories and stories to tell beyond that,” said Gimple. “What’s clear is that this show has been about the living, made by a passionate cast, team of writer/producers, producers, and crew, bringing to life the vision put forth by Robert Kirkman in his brilliant comic — and supported by the best fans in the world. We have a lot of thrilling story left to tell on TWD, and then, this end will be a beginning of more Walking Dead — brand new stories and characters, familiar faces and places, new voices, and new mythologies. This will be a grand finale that will lead to new premieres. Evolution is upon us. The Walking Dead lives.”

“I look forward to digging in with our brilliant writers, producers, directors, cast and crew to bring this epic final chapter of Robert Kirkman’s story to life for our fans over the next two years,” said Kang. “The Walking Dead flagship series has been my creative home for a decade and so it’s bittersweet to bring it to an end, but I could not be more excited to be working with Scott Gimple and AMC to develop a new series for Daryl and Carol. Working with Norman Reedus and Melissa McBride has been a highlight of my career and I’m thrilled that we get to keep telling stories together.”

“The Walking Dead made television history, and is one of those rare creative works that has given life to an entire content universe that is still in the early stages of growing and entertaining both new and established fans,” said Ed Carroll, chief operating officer of AMC Networks. “We can’t wait to bring viewers this expanded final season of The Walking Dead over the next two years, and launch the fourth series in the history of the franchise, focused on the beloved Daryl and Carol characters, with the incredibly talented Norman Reedus, Melissa McBride, Angela Kang, and Scott M. Gimple. There really is so much ‘walking’ ahead, in a number of very exciting directions, for this extraordinary creative universe we call The Walking Dead.”

“Of course, I’ve always enjoyed working so closely with Norman throughout these many seasons. In playing Carol, and as a viewer of the show, I’ve also long been intrigued with ‘Daryl and Carol,’ and by what so early on between them, even then, felt somehow bound,” said McBride. “Their shared history is long, and each’s own personal fight to survive, even longer – the more obvious aspect of what has kept them close and loyal. But there is also a rather mysterious aspect to their fondness for one another that I enjoy, and their playfulness when the world permits. I’m very curious! Angela has a way of shaking things up in great and unexpected ways. She’s like a kid playing with the dimmer switch! I’m very excited!”

“I feel incredibly honored to be a part of The Walking Dead. This show changed my life and career and everyone involved has truly been a family for me over the last decade. I’m thankful for AMC’s love and support and know there’s so much more story to tell and so much more to bring the best fans in the world. Daryl’s relationship with Carol has always been my favorite relationship on the show (sorry Rick),” Reedus said. “I love the way these characters interact and relate to each other on so many levels and can’t wait to see where their ride goes from here.”

The Walking Dead premiered on Halloween night in 2010 as the #1 cable series launch of all time, later surpassed by other AMC series Fear the Walking Dead, Better Call Saul, and Into the Badlands, and is the most-watched series in cable history. It was also the first cable series to become the #1 show in all of television, including broadcast, a rank it held for five consecutive years. In its current 10th season, The Walking Dead remains the #1 series on basic cable for the 11th consecutive year. All of the top 73 cable entertainment telecasts for the past decade have been airings of The Walking Dead.

The series has also given life to a vibrant and expanding content universe that currently includes Talking Dead; Fear the Walking Dead, returning for its sixth season on October 11; The Walking Dead: World Beyond, a new series about the first generation raised in the apocalypse, debuting October 4; a feature film being produced by Universal and Skybound, alongside AMC, focused on the Rick Grimes (Andrew Lincoln) character; a new spinoff planned for 2023 focused on the popular Daryl (Norman Reedus) and Carol (Melissa McBride) characters; and the new Tales of the Walking Dead episodic anthology series. In addition to the AMC linear network and owned platforms like AMC+ and AMC’s digital platforms, The Walking Dead Universe content has migrated to become focal points of an expanding array of ad-supported video on demand (AVOD) platforms, streaming services, in addition to robust international distribution.