Is Tyler Hoechlin The Smallville Superman?

Last night saw the first part of The CW's Arrowverse Elseworlds crossover air that happened to feature the Smallville theme song, "Save Me," by Remy Zero.

When I first heard the music I thought we were getting a surprise appearance by Tom Welling, but instead, we got the Tyler Hoechlin Clark Kent along with Elizabeth Tulloch as Lois Lane and Melissa Benoist as Supergirl.

Does that mean Tyler Hoechlin is the Smallville Superman?

In an interview with EW.com, Grant Gustin even says the scene takes place at the Smallville farm.

“The fact that Grant and I have this exchange, and have this really cool moment sitting on the steps of the Smallville ranch, is pretty much surreal as it gets,” Gustin said.

"Just the whole idea of going to the farm and the homage to Smallville … that was an idea that came up pretty quickly,” The Flash executive producer Todd Helbing told reporters during a screening of the first Elseworlds episode.

The idea to use the Smallville theme song actually also came from Arrow showrunner Marc Guggenheim.

So no worries, Tyler Hoechlin is not Smallville's Superman, which still belongs to Tom Welling.

The question remains, and I believe it has never been answered, which Earth does Smallville belong to?? 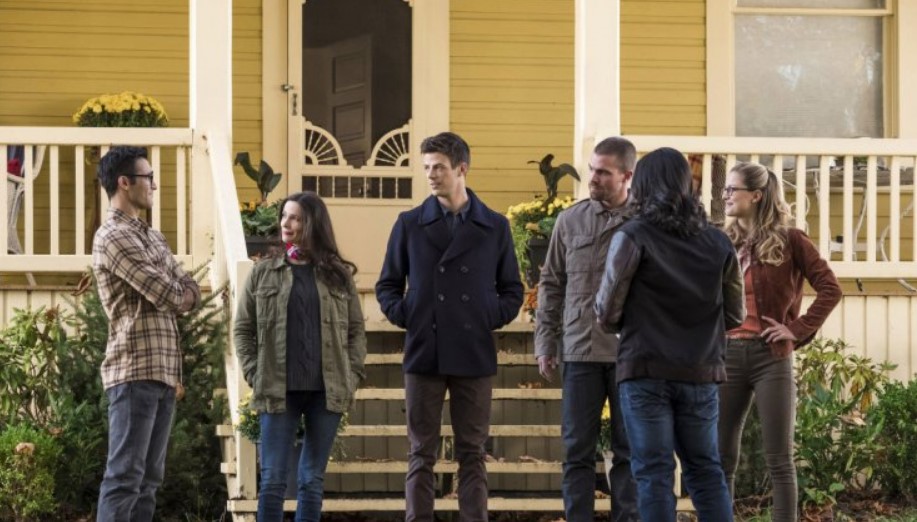