Check out a first look at Tom Welling and Erica Durance for Crisis On Infinite Earths as the two reunite for the first time on screen following Smallville ending back in 2011.

“So, I was just minding my own business, and I ran into this guy [emoji smiley face] @tomwelling #Smallville #crisis #loisandclark. Laughed until I cried! So much fun,” Durance posted on Instagram.

The image features the pair in front of what looks to be the Kent Farm House in Smallville. 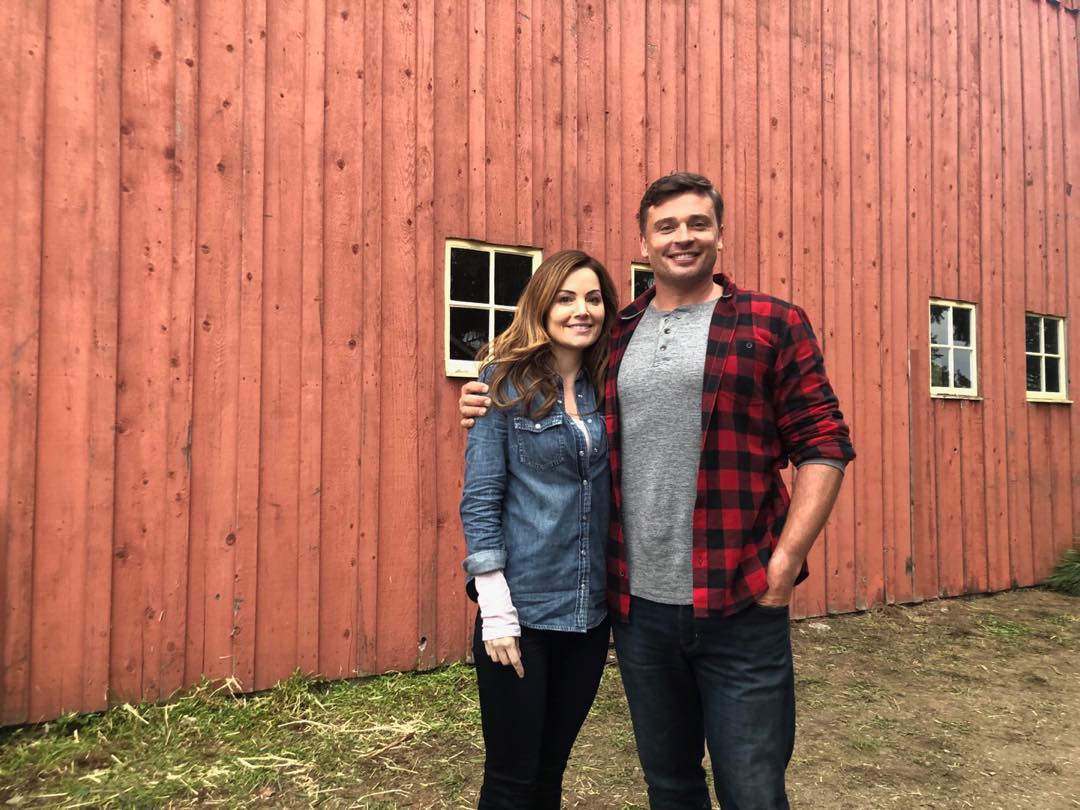 It’s been said that Tom Welling will be playing Clark Kent, so perhaps Lois and Clark are at home on the Kent Farm House when Crisis strikes their universe, and just maybe Tom Welling then gets involved as Superman.

It’s further been said that Crisis On Infinite Earths will be exploring what Tom Welling’s Clark and Erica Durance’s Lois haven been up to since Smallville ended.

Not only will Tom Welling be playing Clark Kent and potentially Superman, but Brandon Routh will also appear as the Kingdom Come version of Superman, and Tyler Hoechlin will be back as the Man of Steel from Supergirl, with Elizabeth Tulloch as Lois Lane and Jon Cryer as Lex Luthor.

It was also just learned that Supernatural‘s Osric Chau will play the new Atom.

Crisis In Infinite Earths will feature Stephen Amell, Grant Gustin, Melissa Benoist from the Arrowverse; Tom Welling, and Erica Durance from Smallville; Ruby Rose from Batwoman; Brandon Routh as the Kingdom Come Superman; Tyler Hoechlin as the Man of Steel from Supergirl; Elizabeth Tulloch as Lois Lane from Supergirl, along with Jon Cryer’s Lex; Cress Williams as Black Lightning; Kevin Conroy as the older Bruce Wayne and Batman; Johnathon Schaech as Jonah Hex; with Burt Ward, John Wesley Shipp from The Flash, and LaMonica Garrett is playing the Monitor and Anti-Monitor, with Lynda Carter possibly returning as Wonder Woman.