First Look At Tom Hanks In 'Pinocchio' For Disney Plus

Check out the first look at Tom Hanks as Geppetto in the upcoming release of the live-action Pinocchio movie for the Disney Plus streaming network.

Hanks plays Geppetto, a childless woodworker desperate for a son.

Pinocchio gets released exclusively on Disney Plus in September and is directed by Robert Zemeckis and also stars Benjamin Evan Ainsworth as the voice of Pinocchio, Joseph Gordon-Levitt as the voice of Jiminy Cricket, Lorraine Bracco as the voice of Sofia the Seagull, Luke Evans as The Coachman, Keegan-Michael Key as the voice of Honest John, and Cynthia Erivo voices the Blue Fairy. Zemeckis also wrote the screenplay with Chris Weitz, who both producer along with Derek Hogue, Andrew Miano, and Paul Weitz; Jackie Levine, Jack Rapke, Alexandra Derbyshire, and Jeremy Johns are the executive producers.

A separate Pinocchio project is also due out this year from directors Guillermo del Toro and Mark Gustafson, which is a stop-motion adaptation, that gets released in December on Netflix starring Gregory Mann, Ewan McGregor, and David Bradley.

The projects adapt Carlo Collodi’s children’s novel “The Adventures of Pinocchio” which was first published back in 1881 in serial form.

Tom Hanks as Geppetto in Pinocchio: 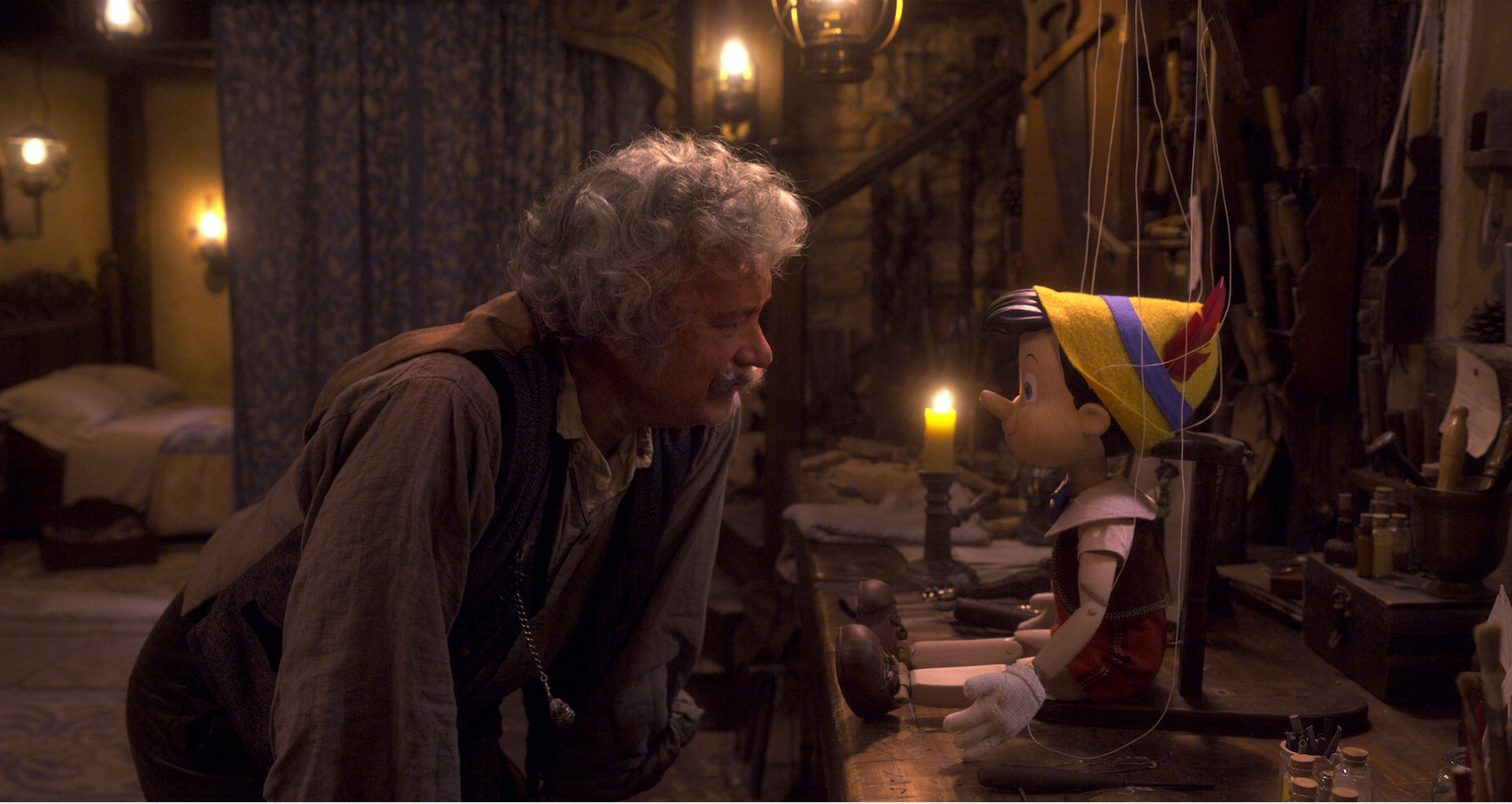