The trailer for the Todd McFarlane: Like Hell I Won’t documentary airing on SYFY has been released teasing the creators rise from Spider-Man to Spawn.

The official announcement below also includes mention that Todd McFarlane will be a part of SYFY Fan Fest next weekend and Comic-Con At Home.

Check out the details below. 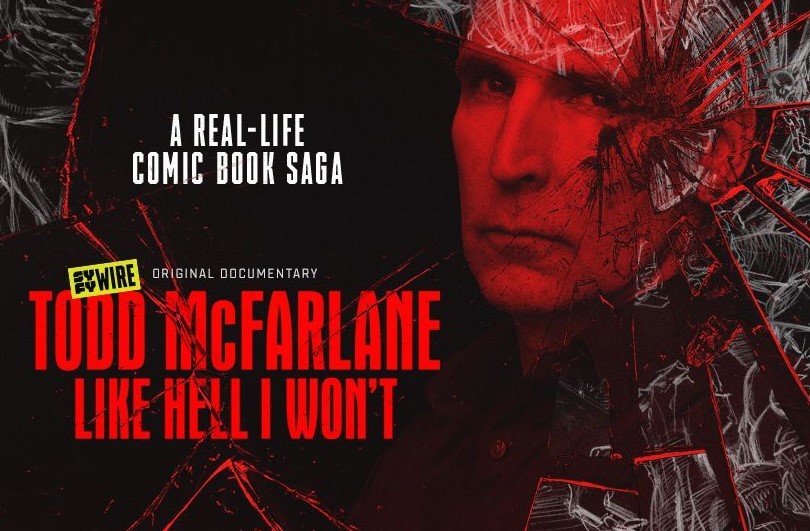 – Produced in Partnership with Tongal, Documentary to be Featured in July 23 SDCC@Home Panel —

TODD MCFARLANE: LIKE HELL I WON’T spotlights the life and career of industry rebel Todd McFarlane, CEO of McFarlane Toys, President of Image Comics and Legendary Artist (Spawn, Venom). From record-breaking artist to adult collectible tycoon, the documentary provides an exclusive in-depth view behind the creative mastermind of Spawn and some of Marvel Comic’s most well-known artwork — and illustrates McFarlane’s struggles to navigate and upend the status quo in the comic and toy industries. TODD MCFARLANE: LIKE HELL I WON’T is produced by SYFY WIRE through the network’s partnership with online content creation studio Tongal, where they discovered the film’s director, David Oster.

In conjunction with the documentary premiere, SYFY has partnered with GoFundMe to host a charitable sweepstakes from July 20 to August 17, where fans can win limited edition merchandise exclusively autographed by McFarlane. Fans can enter by visiting gofundme and either making a charitable donation, or submitting a sweepstakes entry form. Donation proceeds will benefit the Book Industry Charitable Foundation (BINC). BINC is an organization that aids bookstores, comic bookstores and their employees who have a demonstrated financial need arising from severe hardship and/or emergency circumstances.

The documentary and McFarlane will also be the center of a special panel at Comic-Con@Home — SYFY Presents: The Untold Tales of Todd McFarlane. Held this Thursday, July 23 at 5PM ET / 2PM PT on Comic-Con’s YouTube channel, the panel will be also available across SYFY’s platforms later that evening for on-demand viewing. Comic industry greats, Marc Silvestri and J. Scott Campbell, will join in on the excitement while having some fun roasting the man who “raised hell” to get where he is today.