Thor: Love and Thunder is said to have the look and feel of an Avengers 5, which should come as no surprise judging by the size of the cast.

The info comes from THR in their report on how Black Panther 2 is going to start filming next year, as well as Ant-Man 3 and Guardians of the Galaxy 3:

In January, Taika Waititi’s sequel Thor: Love and Thunder is starting its Australian shoot with a sprawling cast assembling for what one insider is likening to “an Avengers 5 feel,” thanks to its ensemble.

Regarding the “sprawling” cast, Thor: Love and Thunder includes Chris Hemsworth as Thor, the return of Natalie Portman as Jane Foster who also becomes the Female “The Mighty” Thor, Tessa Thompson is back as Valkyrie the “King” of New Asgard who searches for her “Queen,” Christian Bale is said to be playing the villain of the movie Dario Agger, The Minotaur (with rumors at one point offering Beta Ray Bill), director Taika Waititi voices Korg, and recently saw the news that Chris Pratt will appear as Peter Quill from the Guardians of the Galaxy.

It’s also been said additional members of the Guardians of the Galaxy and The Avengers may appear in Thor: Love and Thunder, so we see the movie is going to be pretty huge. 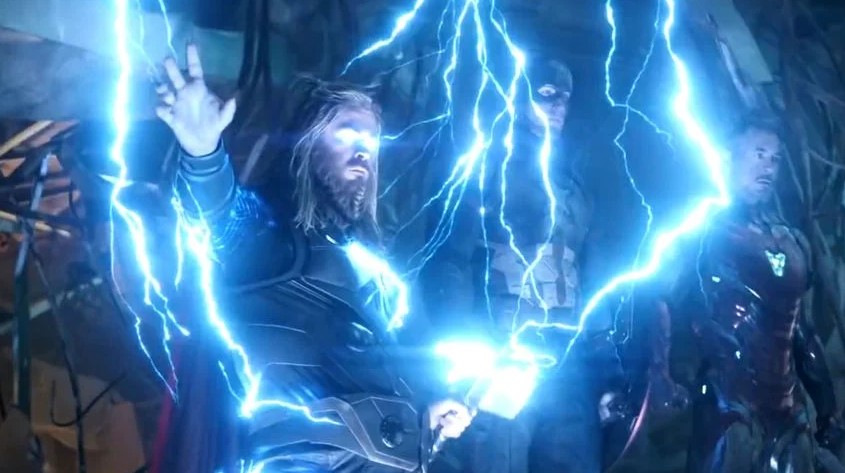 Thor 4 will be huge

Due to all the release date changes, now Doctor Strange 2 will mark the last MCU movie of Phase 4, which from the sounds of the Multiverse storyline that involves WandaVision, Loki, and possibly Spider-Man 3, could be an “Avengers level” movie as well.

Following Thor 4, Chris Hemsworth is also said to be appearing in James Gunn’s Guardians of the Galaxy 3.