Superman & Lois and The Flash see changes as The CW has released its midseason schedule which includes the debut of Naomi.

In a smart move, The CW has shifted Superman & Lois from Tuesday nights at 9 pm to 8 pm, the previous timeslot held by The Flash, and moved The Flash to a new day, Wednesdays at 8 pm.

While both shows have seen a ratings decline (the breaks really kill these shows for some reason), Superman & Lois made its debut on Tuesday at the 8 pm timeslot, which saw huge ratings for the show, so hopefully getting back to that 8 pm timeslot can bolster the ratings.

We also see The CW has put Naomi after Superman & Lois in an obvious attempt to get those Superman fans to watch it, and while I don’t know the direction they are taking with the series, I know that in the comics, Naomi has a connection to Superman, as while battling Mongul, Superman crashes through the center of her town, which leads to Naomi starting her quest to discover her own superhero connections. It would be pretty cool if Naomi featured the Tyler Hoechlin Superman in battle and would probably help out with the initial ratings, and similar to the comics would connect things, but again, I don’t know if that is the route they are going with, but it doesn’t sound as if the case from the description below which only makes mention of a “supernatural event,” unfortunately.

Check out The CW’s schedule below.

Superman & Lois returns Tuesday, January 11 at 8 pm, followed by Naomi at 9 pm; The Flash returns Wednesday, March 9 at 8 pm, and episodes of Legends of Tomorrow and Batwoman are also airing on Wednesdays. 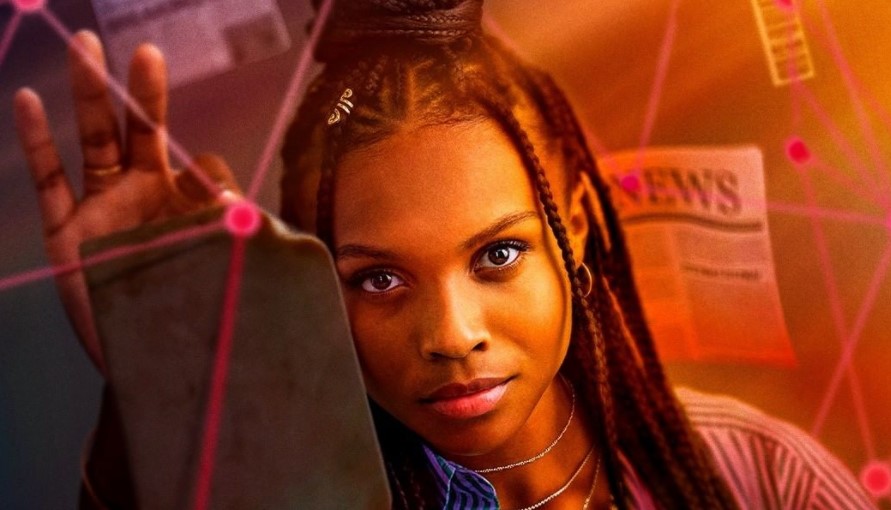 “Dynasty” Returns for a New Season of High Drama with Back-to-Back Episodes on Monday, December 20, 2021

“Superman & Lois” Takes Flight for Season Two While a New Hero is Born on “Naomi” on Tuesday, January 11, 2022

Following Their Fall Events, “The Flash” and “Riverdale” Return on New Nights in March

November 5, 2021 (Burbank, CA) – The CW Network will begin rolling out its new midseason schedule with series debuts and season premieres throughout the winter and into the spring, including the new dramas NAOMI and ALL AMERICAN: HOMECOMING, and the return of The CW’s hit series SUPERMAN & LOIS and KUNG FU.

Midseason comes early with all of the devilishly delicious drama wrapped in a holiday bow as DYNASTY returns for its new season on Monday, December 20 with back-to-back original episodes (8:00-9:00pm and 9:00-10:00pm ET/PT).

The CW will kick off the New Year in style by honoring the finest in both cinematic and televised/streaming achievement at THE 27th ANNUAL CRITICS CHOICE AWARDS airing LIVE on January 9, 2022 (7:00-10:00pm ET/PT – check local listings) from The Fairmont Hotel in Century City, Calif, and simulcast for the first time ever on TBS.

The Kent family returns for their second season on SUPERMAN & LOIS on Tuesdays starting January 11, 2022 (8:00-9:00pm ET/PT), followed by the premiere of The CW’s newest superhero series, NAOMI (9:00-10:00pm ET/PT). From Oscar® nominee/Emmy® winner Ava DuVernay and Jill Blankenship (“Arrow”), and starring Kaci Walfall (“Army Wives,” “Power,” “The Lion King” on Broadway) in the title role, NAOMI follows the journey of a cool, confident, comic book–loving teenager as she pursues her hidden destiny. When a supernatural event shakes her small hometown of Port Oswego, Naomi sets out to uncover its origins, with a little help from her fiercely loyal best friend Annabelle (Mary-Charles Jones, “Kevin Can Wait”). She also has the support of her adoptive, doting parents, veteran military officer Greg (Barry Watson, “7th Heaven,” “The Loudest Voice”) and linguist Jennifer (Mouzam Makkar, “The Fix”). After an encounter with Zumbado (Cranston Johnson, “Filthy Rich”), the mysterious owner of a used car lot, leaves her shaken, Naomi turns to tattoo shop owner Dee (Alexander Wraith, “Orange Is the New Black”), who becomes her reluctant mentor. While unraveling the mystery of herself, Naomi also navigates her high school friendships with both military kids and local townies, including ex-boyfriend and high school jock Nathan (Daniel Puig, “The System”); Annabelle’s longtime, loyal boyfriend Jacob (Aidan Gemme, “Deliver Us From Evil”); proud “townie” Anthony (Will Meyers, “Bad Education”); and fellow comic book enthusiast Lourdes (newcomer Camila Moreno). As Naomi journeys to the heights of the Multiverse in search of answers, what she discovers will challenge everything we believe about our heroes. Based on the characters from DC, NAOMI is written and executive produced by Ava DuVernay and Jill Blankenship, and executive produced by Paul Garnes of ARRAY Filmworks. Amanda Marsalis (“Echo Park,” “Queen Sugar”) directed and co-executive produced the pilot episode. The series is from ARRAY Filmworks in association with Warner Bros. Television.

The hit series ALL AMERICAN returns with original episodes on Monday, February 21 (8:00-9:00pm ET/PT) followed by series premiere of the next chapter in the “All American” saga, ALL AMERICAN: HOMECOMING (9:00-10:00pm ET/PT). From the executive producers of ALL AMERICAN, ALL AMERICAN: HOMECOMING is a young adult sports drama set against the backdrop of the HBCU (Historically Black Colleges and Universities) experience at Bringston University, where Black excellence is a way of life. The series follows Simone (Geffri Maya, “All American”), a young tennis hopeful from Beverly Hills who is trying to fight her way back to great after some time away from the court, and Damon (Peyton Alex Smith, “Legacies”), an elite baseball player from Chicago who is carrying the weight of the world on his shoulders. After Simone’s aunt Amara Patterson (Kelly Jenrette, “Manhunt”), a journalism teacher and activist, exposes a scandal that threatens to derail the school’s beloved baseball program, new coach Marcus Turner (Cory Hardrict, “The Outpost”) is determined to bring a championship back to Bringston the honest way — with Damon’s help. Damon will adjust to his new normal with fellow baseball player and childhood friend JR (Sylvester Powell, “Five Points”) by his side. Meanwhile, as Simone struggles to find her footing, she will get a little guidance from Thea (Camille Hyde, “Katy Keene”), the super-competitive queen bee of the Bringston tennis team, and Keisha (Netta Walker, “Come as You Are”), the school’s unofficial mayor, who will help Simone learn how to live her best life. As they contend with the high stakes of college sports, Simone and Damon will also navigate the highs, lows, and sexiness of unsupervised early adulthood at a prestigious HBCU. ALL AMERICAN: HOMECOMING is written and executive produced by Nkechi Okoro Carroll, and executive produced by Greg Berlanti, Sarah Schechter, David Madden, and Robbie Rogers. Michael Schultz (“All American,” “Black Lightning”) directed the pilot episode. The series is from Berlanti Productions in association with Warner Bros. Television.

On Friday, March 11, CHARMED (8:00-9:00pm ET/PT) will continue to conjure up its beguiling magic with its season four debut followed by the return of original episodes of DYNASTY (9:00-10:00pm ET/PT).

The following is The CW’s midseason schedule, including series debuts, season premieres, and midseason return dates: