During the DC FanDome panel, Rocksteady Studios has confirmed the new Suicide Squad: Kill The Justice League video game is set within the same universe as the Batman Arkham games.

“This is a continuation of the Arkhamverse, so a lot of the threads and storylines you’re going to see come to fruition in this game,” said Hill.

As noted, it also means Suicide Squad: Kill The Justice League won’t be tied to the Batman: Gotham Knights video game from WB Montreal which is something entirely new. 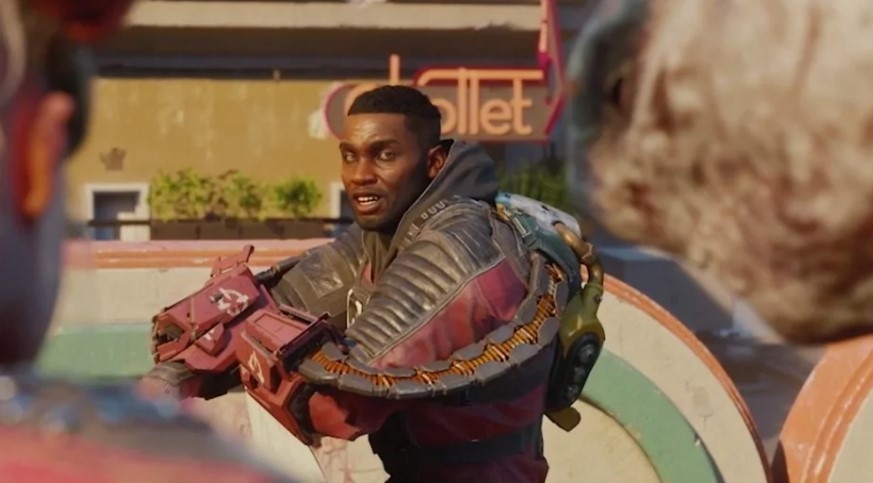 As many fans have mentioned, the Suicide Squad: Kill The Justice League trailer features a black Deadshot (probably in an attempt to capitalize on the Suicide Squad movie featuring Will Smith), but the Batman Arkham games have the white Deadshot. Rocksteady hasn’t commented on that discrepancy as of yet (maybe it will be explained in the story), but the official announcement does state the Deadshot in the Suicide Squad game is Floyd Lawton (who is the same character in the Arkham games).

The game gets released in 2022 for PS5, Xbox Series X, and PC described as:

Suicide Squad: Kill the Justice League, a new genre-bending action-adventure shooter that can be played solo or with up to four players in online co-op. Based on iconic DC characters and developed by Rocksteady Studios, creators of the critically acclaimed Batman: Arkham series, Suicide Squad: Kill the Justice League combines the studio’s signature character-driven story gameplay with third-person shooter action to deliver a gaming experience unlike any other. The game will be available worldwide in 2022 on PlayStation 5, Xbox Series X and PC.

Featuring an original narrative set in the DC universe, Suicide Squad: Kill the Justice League takes place in a richly detailed open-world Metropolis. The story follows Suicide Squad members Harley Quinn, Deadshot, Captain Boomerang and King Shark who must take on an impossible mission to save Earth and kill the world’s greatest DC Super Heroes, The Justice League. Restrained with lethal explosives implanted in their heads, all four DC Super-Villains have no choice but to band together and carry out this untenable assignment as part of Amanda Waller’s infamous Task Force X. Fans can tailor their experience, whether playing on their own as a single player, switching between characters at will, or teaming up with friends in multiplayer co-op.