The bad news continues for Disney Star Wars as it is again reported that the Galaxy’s Edge theme park is tanking and underperforming, with insiders offering that the Rise of The Resistance addition that has been delayed is a huge disaster.

Regarding Star Wars: Galaxy’s Edge, Disney recently confirmed themselves in a financial report from August that people are not showing up, and I was also told the park is dead back in July from a source at Comic-Con.

Now insiders have been posting on the WDWMAGIC Disney fan site message boards about the current state of Star Wars: Galaxy’s Edge and Rise of The Resistance, which isn’t good (note: bold my own):

Latest word I have from a few days ago is that TDO [Team Disney Orlando] is now expecting to have to announce a delay for the opening, but they’re holding off on the announcement so as to not damage potential holiday resort bookings. Things continue to go poorly at both construction sites, the budget continues to balloon beyond requirements, and TDA [Team Disney Anaheim ] is frankly in freak-out mode because September attendance is continuing to be abysmal even with APs [Annual Passports] unlocked. DHS [Disney’s Hollywood Studios] data is beginning to settle in, and MFSR [Millennium Falcon: Smuggler’s Run] is regularly being outperformed in riders and queue times by Slinky Dog AND RnRC [Rock ‘n’ Roller Coaster] after 1:00 pm.

My DL [Disney Land] source recently (last weekend) told me that they were having a great day because there were no breakdowns. Maybe they spoke too soon? WiFi was the initial issue. I mentioned this a long time ago with my DL source, that I worked in Networking and when the AP gets too busy it will drop off connections. I suggested something as simple as replacing patch cables, because they were dropping hundreds of milliseconds of connectivity all the time – which sounds like a “leak” from the APs. I’ve gotten store bought and home made cables and had issues that I fixed with a cable replacement. Next maybe the APs are not robust enough to handle the traffic they need to handle. There are 30 show vehicles that need to communicate and most APs get flaky after 15-20 simultaneous connections, and will start dumping random connections. I suggested adding MORE APs as well. Lastly, they are inside a giant steel Faraday cage, for all intents and purposes, and there just may be too much interference. Obviously there are rides like Ratatouille that are doing it with their vehicles, Winnie the Pooh too. I don’t work for Disney, so no one is gonna listen to me, which is why I suggested it to my contact, to suggest to their bosses. My contact works directly with the ride vehicles too.

I’ve heard rumors of in-floor puck issues, but my contact at DL says nothing has been changed out in their ride building. DHS was plagued from the start with building issues – pieces in the wrong spots, flooding because scruppers were not installed either in time or at all, before major Florida rains came and wiped out $$$ of computer equipment, mold issues because of the water damage, whole crews/companies being fired and new ones coming in to basically start over.

Heck, they (DHS) had to hold off on their First Order/Kylo Ren show for a few weeks because rains had damaged and soaked the interior of the TIE Echelon set. They had to let it dry out and seal it properly. 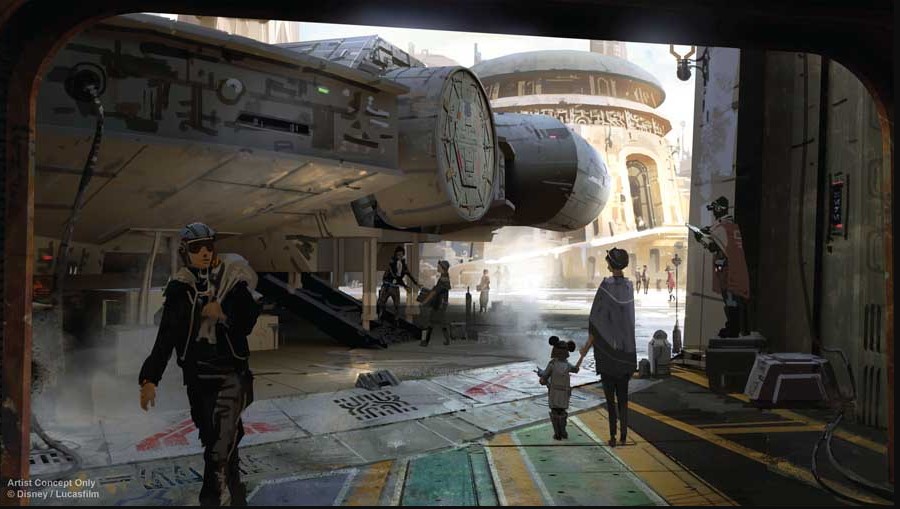 The posts saw another forum member respond with worries:

My g-d I hope this isn’t true. My trip is only a few days after it’s set to open.

Another member asked if there was any chance Disney could do a soft opening for Rise of The Resistance at Disney Hollywood studios:

Another post also guessed that Rise of The Resistance could open Dec. 14; however, other reports have stated the ride goes official on January 17th, 2020.