The footage below features Rosario Dawson back as Ahsoka Tano from The Mandalorian and The Book of Boba Fett where who looks to be Hera Syndulla is shown from behind as well as the Professor Huyang droid that was voiced by Doctor Who David Tennant in The Clone Wars and Rebels animated series. Watch below.

There’s only around thirty seconds of footage, so it’s probably safe to assume a full Ahsoka trailer will be released soon, maybe at the D23 Expo in September. 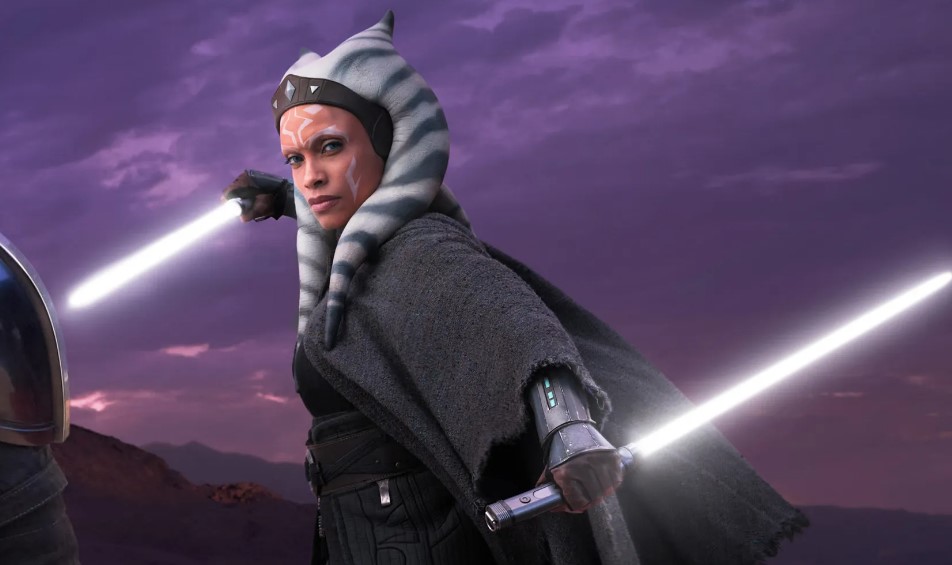 Ahsoka is set five years after Return of the Jedi

What has been said about the Ahsoka is that the series takes place five years after Return of the Jedi; that it will also star Ewan McGregor’s wife Mary Elizabeth Winstead (Hera Syndulla?), with it reported that following Obi-Wan Kenobi, Hayden Christensen will be back (maybe in flashbacks or a Force Ghost since it takes place after ROTJ), and that the plot involves Rosario Dawson’s Ahsoka hunting an Imperial grand admiral named Thrawn who vanished into deep space at the conclusion of the animated Rebels series. The cast also includes Ray Stevenson said to be playing another Star Wars villain, with Natasha Liu Bordizzo as Sabine Wren, and IMDb also lists Ivanna Sakhno as having a role.

“I thought of this adventure for Ahsoka for a long time, and it’s interesting to see how it’s evolved,” Dave Filoni told Empire Magazine last November. “Years ago, I never would have imagined that it was sprung from a branch of a tree that had anything to do with a guy [like Mandalorian lead character] Din Djarin, or a child that looks like Yoda. It’s a great lesson for me on how, when you have other creatives like [Mandalorian creator] Jon Favreau, they can help lend such dimension and depth to what you’re doing.”

Ahsoka doesn’t have a Disney Plus release date as of yet, but it is known The Mandalorian Season 3 premiers next February, so Ahsoka might not get released until after that.