For the first time ever, the beloved crews of four Star Trek incarnations – The Original Series, The Next Generation, Deep Space Nine, and Voyager – will be pitted against one another in IDW’s mind-blowing comic book miniseries, Star Trek: The Q Conflict.

When a dispute between godlike beings threatens the galaxy, it will take all of Starfleet’s best captains to stop them. James T. Kirk, Jean-Luc Picard, Kathryn Janeway, and Benjamin Sisko must go head-to-head in a competition rigged by the arrogant Q and his nigh-omnipotent cohorts.

“This is it – the biggest Star Trek series ever, spanning starships, centuries, and galaxies!” says Scott Tipton. “All of Starfleet’s most legendary officers join together for the first time against some of the greatest threats they’ve ever faced. It’s like nothing you’ve seen before!”

David Tipton adds, “But it wouldn’t be Star Trek if it wasn’t also about character, and with so many Starfleet legends crossing paths for the first time ever, The Q Conflict will give readers the opportunity to see all their favorite characters in a brand-new light.”

“Being at work on Star Trek: The Q Conflict is like coming home after a five-year mission away,” says David Messina. “To draw characters like Spock and Picard at a time that’s so exciting for the Star Trekfranchise? It’s awesome.”

Star Trek: The Q Conflict #1, under license by CBS Consumer Products, will be available with multiple covers: connecting regular covers by David Messina, and retailer incentive variants by George Caltsoudas and J.K. Woodward. 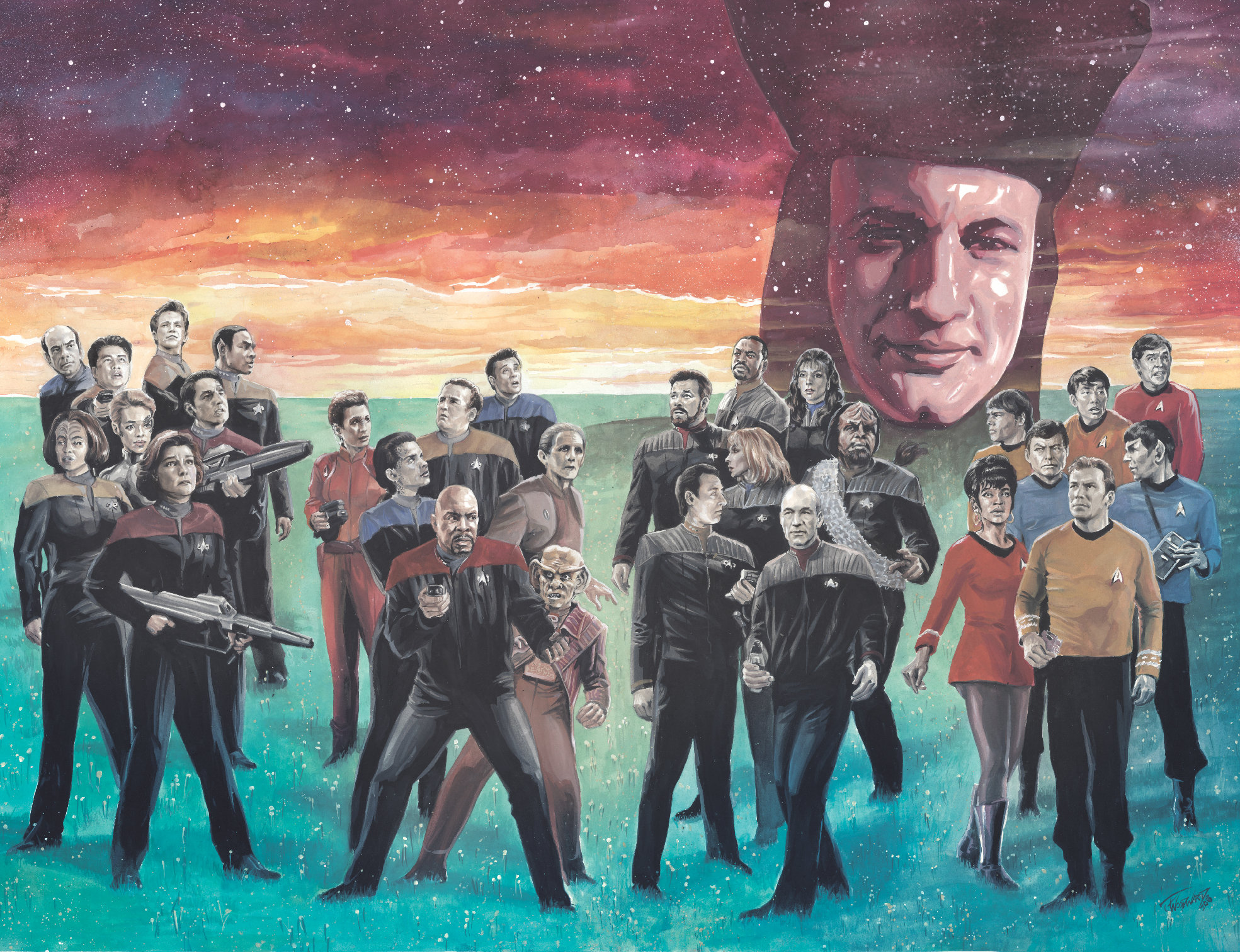