Sony and Marvel Studios have released the first Spider-Man: No Way Home poster which teases the Multiverse villains that will be featured in the film.

The poster features the Tom Holland Spider-Man directly in the sights of the Alfred Molina Doc Ock.

The background of the poster teases more Spidey villains as Willem Dafoe’s Green Goblin can be seen in addition to what looks to be teases for Jamie Foxx’s Electro with the lightning, and what looks to be a sandstorm for Sandman.

Rumors also offer The Lizard may be a part of the flick in addition to the Tobey Maguire and Andrew Garfield versions of Spider-Man, but Sony and Marvel have been mum on them. Personally, I hope they keep most of the movie a surprise.

It’s also thought that now with Marvel’s Eternals having been released, that marketing for Spider-Man: No Way Home will amp up with a trailer release next week with the release of Sony’s Ghostbusters: Afterlife the week of the 19th.

The description for the movie offers: For the first time in the cinematic history of Spider-Man, our friendly neighborhood hero is unmasked and no longer able to separate his normal life from the high-stakes of being a Super Hero. When he asks for help from Doctor Strange the stakes become even more dangerous, forcing him to discover what it truly means to be Spider-Man. 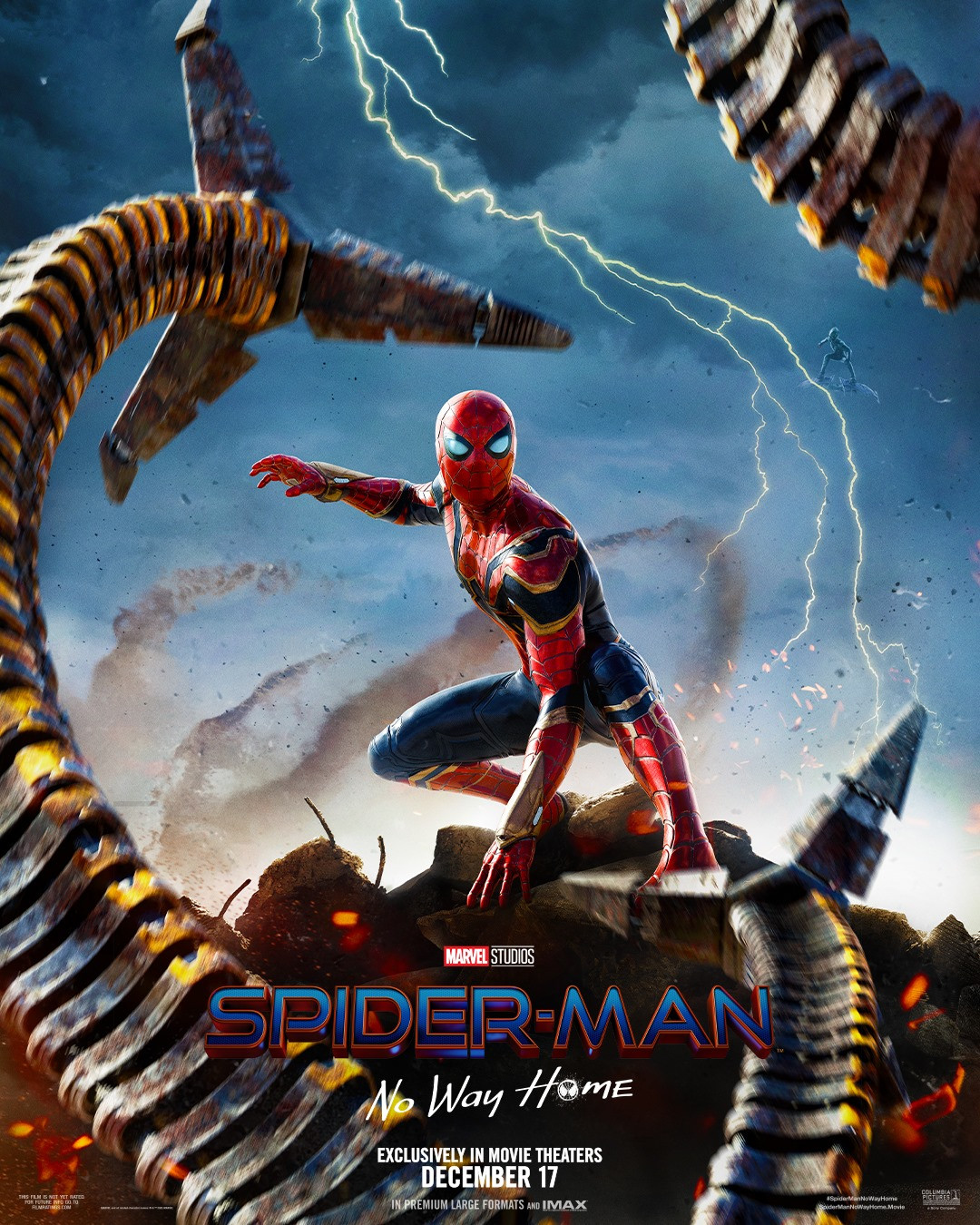