Marvel Comics has announced Silver Surfer: Rebirth, a new five-issue comic book series from legendary creators Ron Marz and Ron Lim who return to the Sentinel of the Spaceways after twenty-five years or so.

“Turns out you can go home again,” Marz said. “SILVER SURFER with Ron Lim was literally my first job in comics. The first comic page I ever wrote was drawn by Ron when we were both kids. And now three decades later we get to go back there and slip right back into that same groove. It’s so great to be wielding the power cosmic again.”

Marz added on Twitter, “So many really lovely Silver Surfer comments that I can’t keep up. Thank you all so much. Ron Lim and I are having a great time, and we’re keen to share it with you.”

“I am so thrilled to be penciling SILVER SURFER: REBIRTH,” Lim said. “When Darren Shan, our editor, asked if I’d be interested in working on this with Ron Marz, I jumped at the chance. It is fantastic to be working with Ron again. It has been quite a while since we worked together, but it feels like hardly a day has passed. I’m having a blast getting to draw many of my favorite characters from our run. The story is full of surprises, familiar characters and crazy cosmic action! I can’t wait for the readers to check out the book—hope they enjoy it as much as I enjoy drawing it!” 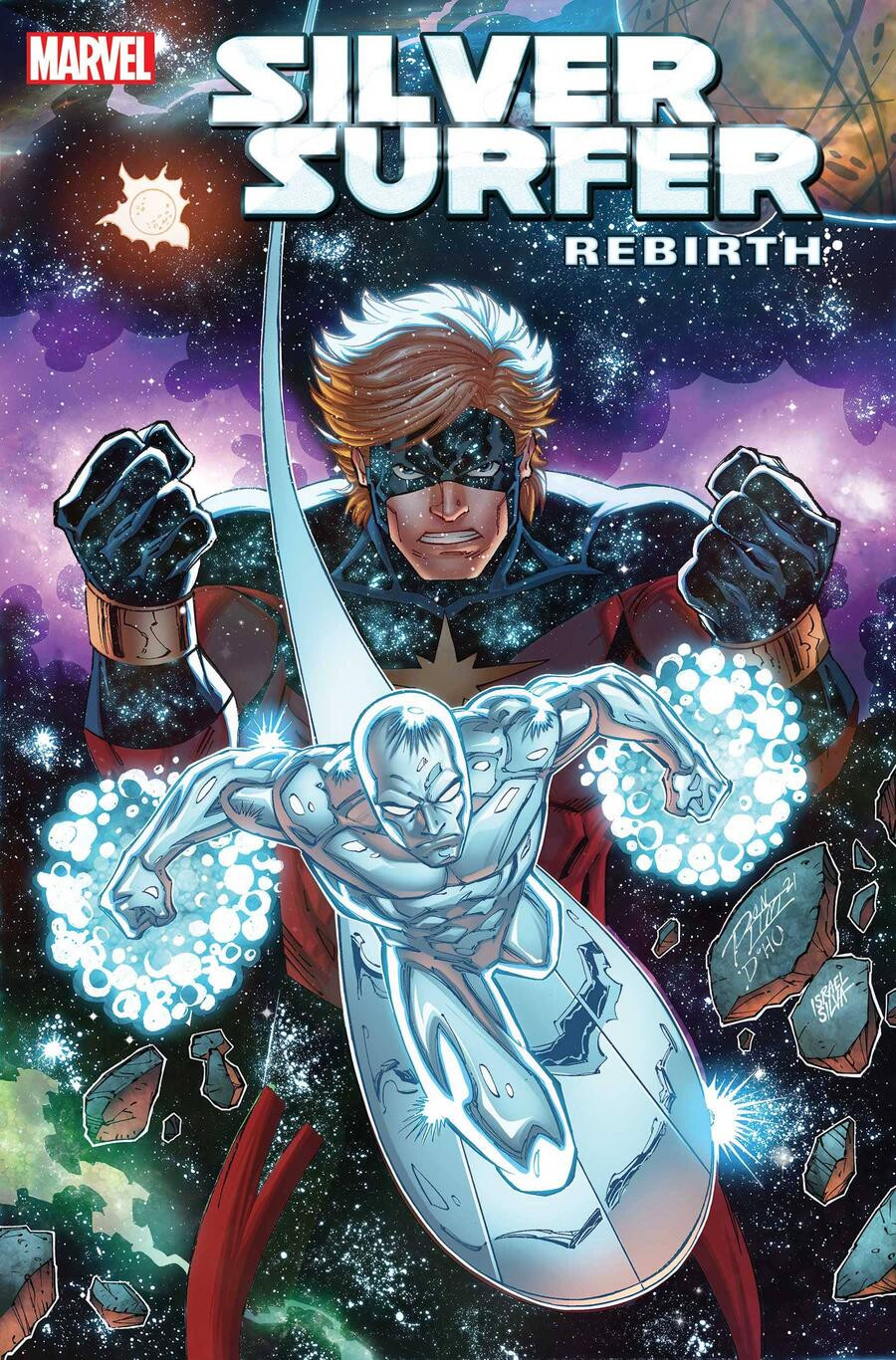