A She-Ra live-action series is headed to Amazon Prime and not Netflix, which is where the recent animated series aired.

It's also learned the She-Ra live-action series will have nothing to do with the Netflix animated series, though DreamWorks Animation is executive producing the Amazon series which produced the Netflix series.

Variety reports the new She-Ra series is in early development, a writer is not yet attached, and it will feature a new, standalone story.

It's also noted the series is not guaranteed to get green lit. 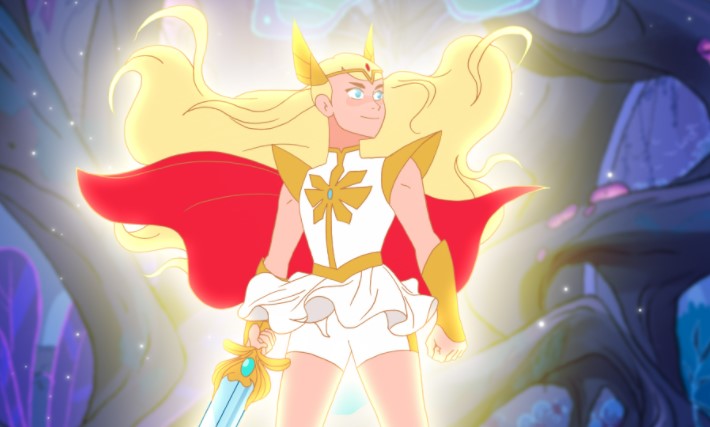 It's also unclear whether or not the Amazon series will connect at all to He-Man, as She-Ra was created in 1985 as a spinoff of He-Man, where He-Man helped his long lost twin, Adora, escape Hordak, and he gave her the Sword of Protection which enabled Adora to turn into She-Ra.

The Netflix animated series retconned things by removing all of She-Ra's connections to He-Man (surprise) where Adora was instead an orphan who escaped the Horde on Etheria and found the Sword of Protection.

The creators of the She-Ra Netflix series are also involved in the disaster of the Kevin Smith Masters of the Universe: Revelations series and the new goofy He-Man animated series at Netflix, so cross your fingers they aren't involved with the live-action version at Amazon.