Sebastian Stan, star of the upcoming Disney Plus series The Falcon and the Winter Soldier, offers his two cents about the coronavirus while being stuck in quarantine in New York with more than a few f-bombs.

The actor does offer an update on filming, as he says they have yet to finish filming on the Disney Plus series, which already saw its production delayed due to the earthquakes in Puerto Rico, and now with the coronavirus, filming has been put on indefinite hold.

While speaking with Muscle and Fitness on YouTube, Sebastian Stan offers the following update:

"It's not really at the forefront of my mind. You know, we were lucky to get far enough. We haven't finished. The plan is to go back whenever we can, whenever that might be, to finish. Whenever we can turn this thing around and people can get back together, we can pick back up, but I just don't know at this point."

Regarding the coronavirus, Sebastian Stan had the following to say about being in lockdown:

It's interesting but it's definitely challenging, but I think it can be reflective, too. I don't know. I go back and forth. This is important. Face-time is important, that's for sure. 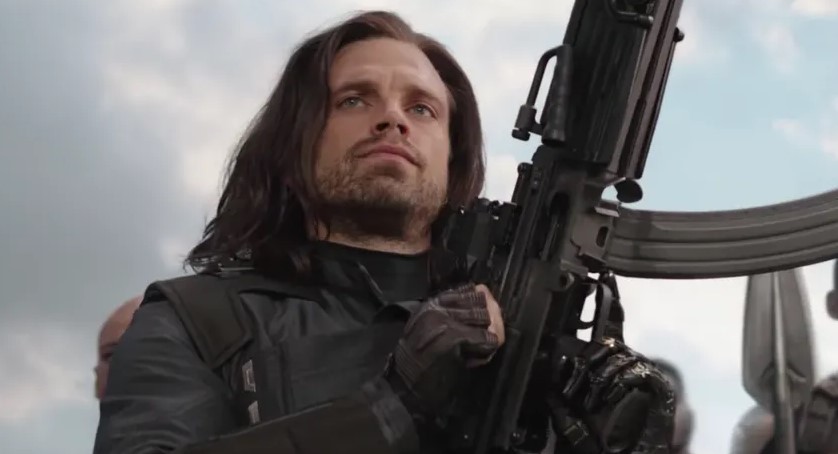 Sebastian Stan has a bit of coronavirus cabin fever

Stan f-bombed those people who went out on the beach:

There was a meme going around which really kind of put me in play place, which was like 'Your grandparents went to war. You're being asked to sit on a couch.' Like, 'Get the f--- with it,' you know.

Then I talked to a couple friends who are in the workforce, like cops out there sleeping in their garages while working twenty hours a day. Nurses coming home not being able to hold their children because they are afraid they are going to contaminate their families then going back to work... It's like you hear that stuff and it blows my mind because it makes me feel like I have such privilege to sit around here while these people are beating themselves.

What makes me insane is seeing that the beaches in f---ing Miami are still [busy] with these f---ing idiots. Dude, they're DUMB f--s! And it p-sses me off! And it really makes me insane! Because that is actually the problem right there... Yeah, we gotta remember our grandparents' and parents' way of survival was way worse and we can do our part here."

Sebastian Stan then went on a bit of a rant about being stuck in New York as well:

"Okay. This sucks. This f----- sucks for everybody. This is awful and as soon as we can f'n figure this out we should, you know? But if you are going to have a day to yourself, try to find one or two things to hang out to that actually could be okay, you know. I think we need to think about the things we take for granted, you know. We got to reflect a little bit."

The Falcon and the Winter Soldier is supposed to premiere on Disney Plus in August, but that could be pushed back.

Filming on Shang-Chi, WandaVision and Loki has also been placed on hold.

Pre-production on Doctor Strange 2 continues remotely and Marvel still plans on filming the sequel in June, but again, that could always change depending on how long things go surrounding the coronavirus.