Scarlett Johansson and her team of lawyers have accused Disney of a “misogynistic attack” on the actress in regards to a recent filing over the Black Widow lawsuit.

Disney filed a motion to get the case moved to arbitration instead of having the case decided in public court, where Johansson’s lawyer responded as follows:

“After initially responding to this litigation with a misogynistic attack against Scarlett Johansson, Disney is now, predictably, trying to hide its misconduct in a confidential arbitration,” said the Oscar nominee’s main lawyer John Berlinski today after the House of Mouse’s response to Johansson’s scathing profits lawsuit went public.

“Why is Disney so afraid of litigating this case in public?,” added the Kasowitz Benson Torres LLP attorney in what has become a Cuban Missile Crisis level war of words.

“Because it knows that Marvel’s promises to give Black Widow a typical theatrical release ‘like its other films’ had everything to do with guaranteeing that Disney wouldn’t cannibalize box office receipts in order to boost Disney+ subscriptions,” Berlinski adds, as Disney insists Marvel’s contract with Johansson provides for arbitration exactly in the event of a dispute like this one that erupted on July 29. “Yet that is exactly what happened – and we look forward to presenting the overwhelming evidence that proves it.”

Where exactly the misogyny comes in is unclear, but at issue is Scarlett Johansson claiming that her contract says Black Widow can only be released in theaters, while Disney is arguing the contract does not mandate an exclusive theatrical release:

“The contract does not mandate theatrical distribution––let alone require that any such distribution be exclusive,” it goes on to say. “Moreover, the contract expressly provides that any theatrical-distribution obligations are satisfied by distribution on “no less than 1500 screens.” And even though Black Widow’s release coincided with a global public-health crisis, Marvel made good on its promises.” 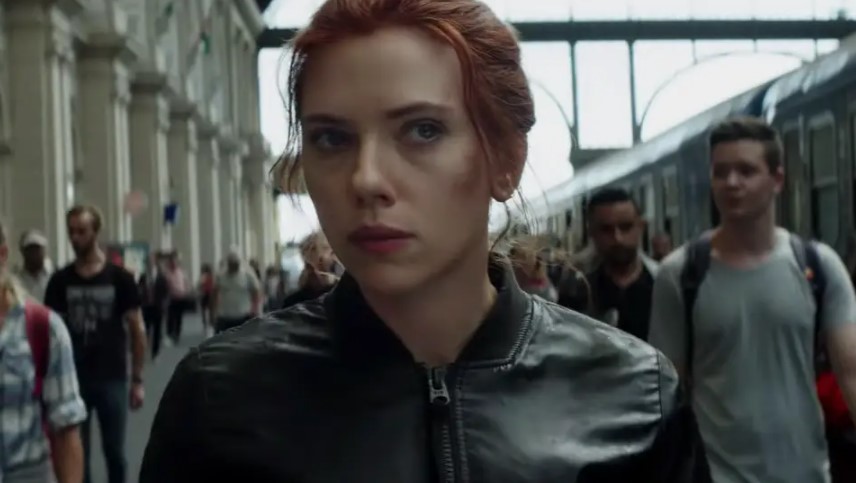 Where does Disney’s misogyny attack on Scarlett Johansson come from?

Feminists groups (who have been silent in regards to the Taliban for some reason) have also slammed Disney for a gendered attack on Scarlett Johansson, but again it’s really not clear where the attack comes from.

Scarlett Johansson is the one who first filed the lawsuit and then Disney defended itself by stating how much Johansson was paid – $20 million, plus revenue from Disney Plus – but again, where does the dislike that Johansson is a female come into play?

Are they actually arguing that because Black Widow is a female-led movie that is the reason Disney decided to release it on Disney Plus? Or because Disney is defending itself from the lawsuit?

I would love for the lawsuit to be open to the public, because I would think Disney would have no choice to come out and state they released Black Widow on Disney Plus because they knew it wasn’t going to succeed at the box office. The movie wasn’t any good.

And again, claims the pandemic has anything to do with the failure of Black Widow is laughable at best.