It’s rumored WWE Superstar Sasha Banks will be appearing in the Star Wars Disney Plus series, The Mandalorian Season 2.

It’s unknown who Sasha Banks is playing, but it is said Banks has already filmed her scenes for The Mandalorian Season 2.

The rumor comes from the Mat Men Pro Wrestling Podcast Twitter account, with other wrestling sites claiming they have also confirmed the news.

Doing a quick check of IMDb reveals this would be 28-year-old Mercedes Justine Kaestner-Varnad’s first work outside wrestling.

The WWE describes Sasha Banks as:

An independent wrestler out of Boston, Banks worked her way through various promotions before finally getting a foot in the door in WWE NXT. Eventually, the quiet but talented young woman found her voice, and The Boss was born. Since then, Banks hasn’t looked back for a second, though she turned plenty of heads throughout her astounding rise to dominance as one of Full Sail’s “Four Horsewomen.” 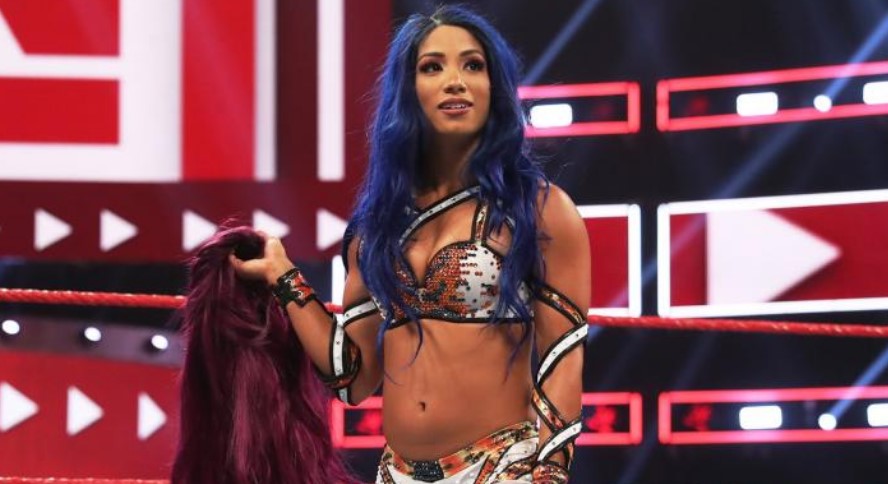 Wrestlers jumping ship to Hollywood wouldn’t be unheard of as recently saw John Cena cast in James Gunn’s The Suicide Squad, Dave Bautista stars in the Marvel movies as Drax, and of course, Dwayne Johnson is arguably one of the biggest names in Hollywood and films Black Adam soon.

The Mandalorian Season 2 is also now filming which probably explains Sasha Bank’s recent wrestling absence as of late, but we see she returns to WWE right in time for Wrestlemania 36 next month where it’s said she will be wrestling Bayley, her former tag team champion partner.

The Mandalorian Season 2 premiers on Disney Plus in October starring Pedro Pascal.

The series, created by Jon Favreau, follows Pedro Pascal as The Mandalorian, a lone bounty hunter who comes across “The Child,” something fans have dubbed “Baby Yoda,” and instead of turning the creature over to the Empire, Mando takes The Child under his wing and protects him. Also featured in Season 1 includes Kuiil, voiced by Nick Nolte, who is known for his signature line: “I have spoken”; the fan-favorite bounty hunter droid, IG-11, voiced by Thor: Ragnarok director Taika Watiti; Gina Carano plays the badass Cara Dune; Carl Weathers plays the slick Greef Karga; Agents of SHIELD‘s Ming-Na Wen plays Fennec Shand who is likely to return for Season 2, and Breaking Bad actor Giancarlo Esposito plays Moff Gideon who sports a black Darksaber lightsaber (Hasbro announced the toy), which in Star Wars expanded universe canon was one of the Mandalorian culture’s most prized weapons and artifacts.