Ready Player 2, the sequel to the popular Ernest Cline best selling novel that was made into a movie, has partnered with Roblox for an event to promote the release of the second book.

The details include that starting on Dec. 1, a virtual Ready Player Two-themed treasure hunt will take place inside seven experiences on the Roblox platform and players will be awarded virtual goods designed specifically for the Ready Player Two / Roblox event.

The Ready Player 2 novel becomes available on Nov. 24 and will help with clues in solving the treasure hunt.

Regarding a Ready Player 2 movie, it’s said the rights for the film haven’t been sorted out as of yet.

Anticipated to be the biggest book tour event in publishing history, as it follows a Ready Player One Roblox event that drew over 13 million Roblox users

SAN MATEO, Calif. – November 23, 2020 – Ready Player Two, the highly anticipated sequel to Ernest Cline’s beloved worldwide bestseller Ready Player One, publishes in the U.S. and U.K. on November 24th and is expected to be the biggest fiction book of 2020.

In celebration of the book’s publication, Cline and Roblox have announced a virtual Ready Player Two-themed treasure hunt that takes place inside seven experiences on the Roblox platform. Those players who complete the treasure hunt will be awarded virtual goods designed specifically for the Ready Player Two / Roblox event.

The event headlines a virtual Q&A with Cline and Dave Baszucki, the founder and CEO of Roblox. The Q&A will stream inside the Ready Player Two Event beginning December 1st at 10 a.m. PST, seven days after the publication of Ready Player Two, and it will include clues for navigating the treasure hunt. In addition to the Q&A, users can find clues by reading Ready Player Two in advance of the event’s December 1st start.

The Ready Player Two / Roblox event is open to the global Roblox community of more than 150 million users, which is why it’s anticipated to be the biggest book tour event in publishing history. In 2018, Roblox and Warner Bros. collaborated on an event around the release of Steven Spielberg’s blockbuster adaptation of Ready Player One, and over 13 million people actively engaged with event on the Roblox platform.

Baszucki said, “The event we did on Roblox in 2018 for the Ready Player One movie had over 13 million people participate. I think it’s fair to say this is going to be even bigger.”

The Ready Player Two Event space in Roblox is officially open for fans to hang out in anticipation of the event’s start, and over 1 million Roblox users visited the space in the first 24 hours. Free Ready Player Two-themed merchandise is available to all those who visit the space for a limited time.

In his 2011 blockbuster book debut, Ready Player One, Cline imagined a near future where the world endured a pandemic and was in severe economic depression, leaving humanity to escape an inhospitable real world for the safety of a virtual one. The cinematic and prescient novel was immediately embraced by readers, booksellers, and critics, with rave reviews in publications around the world. It went on to spend more than 100 weeks on the New York Times bestseller list (as well as becoming the first book ever to hit #1 on the Times’ hardcover, paperback, and audio lists), has been published in more than 50 countries around the world, and—among its numerous honors— it’s ranked #10 on Goodreads list of The 100 Most Popular Sci-Fi books, and was voted one of America’s 100 most-loved books in PBS’ Great American Read.

In Ready Player Two, Cline takes readers on a new and wildly imaginative action-packed adventure through his beloved virtual universe, the Oasis, and jolts us thrillingly into the future once again. Ready Player Two is available for purchase at www.readyplayertwo.com. 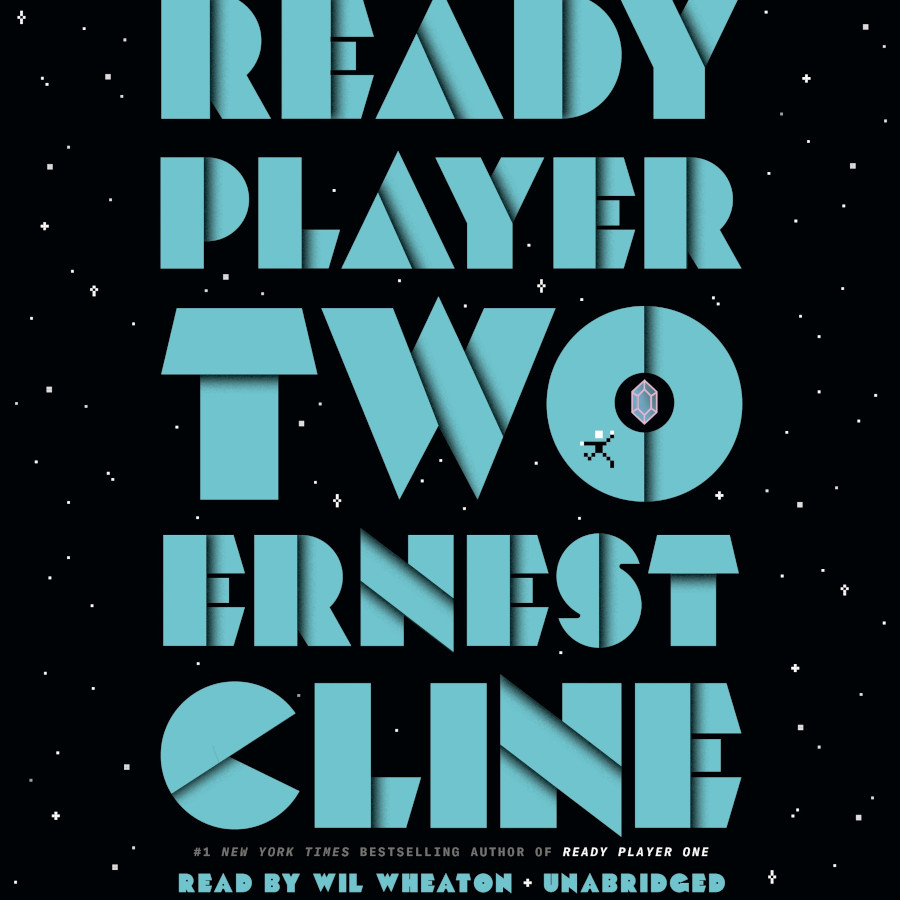