Taking to Instagram, Jon Bernthal releases an image of a beat up and bloody Frank Castle with, “Tick. Tock.” 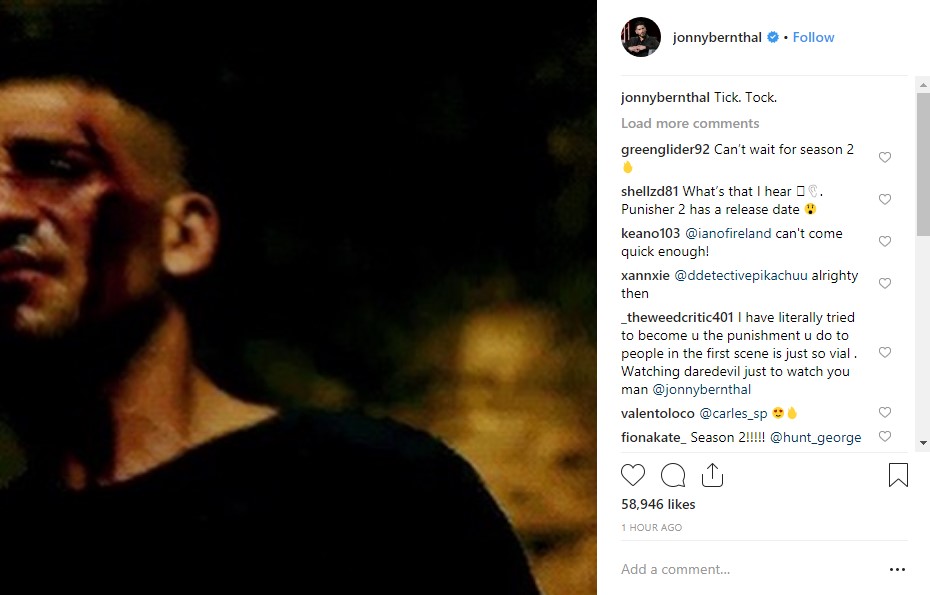 Netflix has yet to release a teaser trailer or announce when The Punisher Season 2 debuts. We can guess the premiere date announcement will come with the release of the new trailer.