#RIP Plastic Man, as it’s announced a Plastic Woman movie is in development over at DC, WarnerMedia, and AT&T.

They say the Plastic Man movie that has been in development for the past couple of years is going into a new direction entirely and will now become a female-leading vehicle as a comedic action-adventure based on the hero created in the 1940s.

So, again, while they don’t say it and question if the title will be changed, of course, it won’t be “Plastic Man” (duh) but will be a Plastic Woman flick.

Cat Vasko is writing the new take on “Plastic Man” who seems to be a newb but THR says Vasko made a name for herself writing strong female stories. 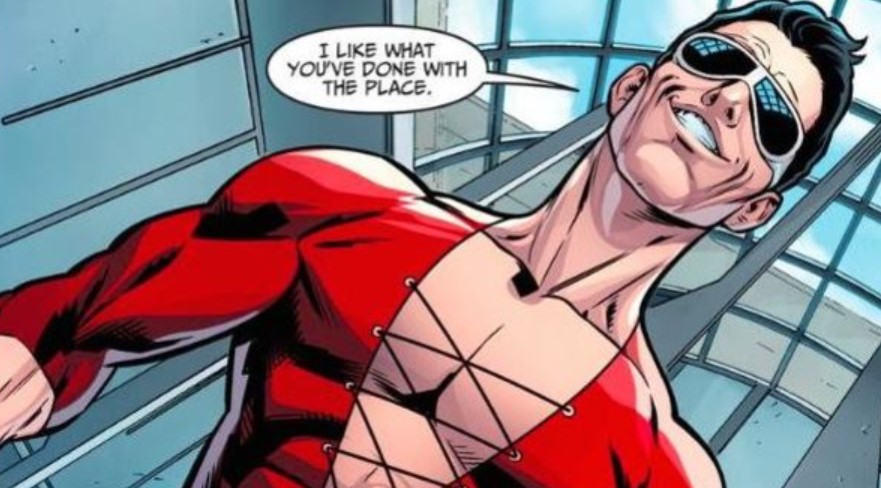 In the comics, Plastic Man is Patrick “Eel” O’Brian, and the character happens to be a fan-favorite who has been a part of the Justice League and who even had his own cartoon series.

DC Comics describes the character as:

You’ve just committed the crime of the century. You stand to gain millions. But someone’s on your trail. A shape-shifting superhero who’s infiltrated your quarters and masquerading as something in your very room. But what? The brown chair sitting by the window? The desk propping up your computer? Or could it possibly be the gaudy red and yellow chandelier no one in their right mind would ever buy?

Pop culture’s silliest superhero, Plastic Man is as much a humor icon as a heroic one. During a heist gone wrong, petty crook Patrick “Eel” O’Brian was doused in chemicals, allowing him to stretch his body into any shape he desires. Nursed back to health by altruistic monks, he was inspired to embrace life’s brighter side.

Taking their ideals… maybe one step too far, Eel abandoned crime, becoming the pun-dropping, wise-cracking Plastic Man. Able to morph into anything—a table, a countertop, even a woman’s dress—he can bounce, stretch, and repel any foe. No weapon as sharp as his wit, he’ll introduce jocular justice to humanity’s darker side as the premiere amalgam of humor, action, and heroism.