Details for Ultraman Season 2 include several years have passed since the events of Ultraman, with the legendary "Giant of Light" (光の巨人 Hikari no Kyojin) now a memory, as it is believed he returned home after fighting the many giant aliens that invaded the Earth. Shin Hayata's son Shinjiro seems to possess a strange ability, and it is this ability, along with his father's revelation that he was Ultraman, that leads Shinjiro to battle the new aliens invading the Earth as the new Ultraman.

The series is based on the comic by Tsuburaya Production, Eiichi Shimizu, and Tomohiro Shimoguchi; the directors are Kenji Kamiyama and Shinji Aramaki; music is by Nobuko Toda and Kazuma Jinnouchi, with production by Production I.G. and SOLA DIGITAL ARTS.

Season 1 was released in 2019 and is available on Netflix: Decades ago, a hero from the stars left this world in peace. Now, the son of Ultraman must rise to protect the Earth from a new alien threat; the show stars Ryohei Kimura, Takuya Eguchi, and Megumi Han. 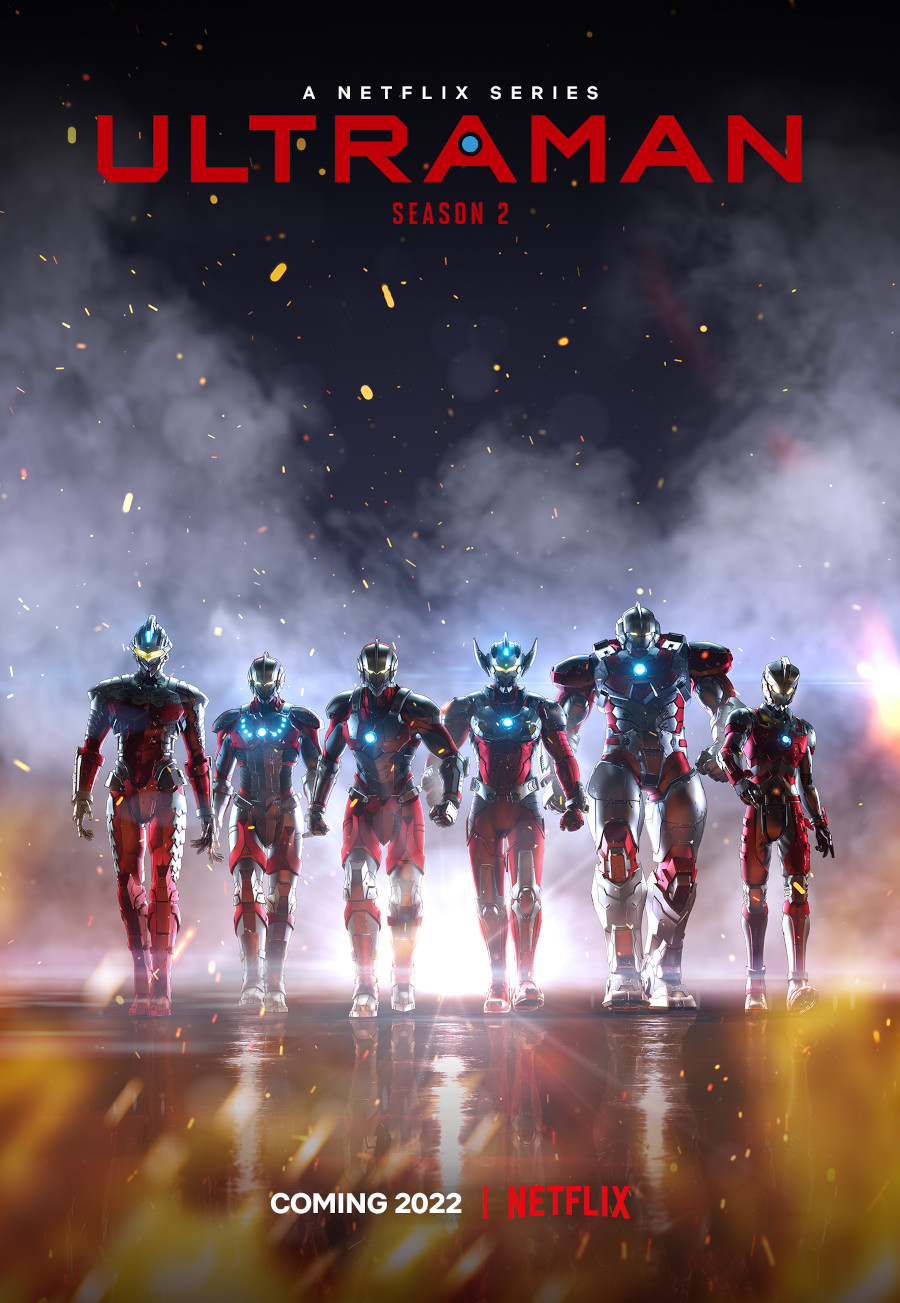