Netflix has released the trailer for Space Sweepers and announced the release date for the flick out of Asia.

Set in 2092, spaceship Victory is one of the many that live off salvaging space debris. Crewed with a genius space pilot Tae-ho(Song Joong-ki), a mysterious ex-space pirate Captain Jang(Kim Tae-ri), an spaceship engineer Tiger Park (Jin Sun-kyu), and a reprogrammed military robot Bubs(Yoo Hai-jin), Spaceship Victory surpasses all other space sweepers. After successfully snatching a crashed space shuttle in the latest debris chase, Victory’s crew find a 7-year-old girl inside. They realize that she’s the humanlike robot wanted by UTS Space Guards, and decide to demand ransom in exchange.

The teaser trailer (watch below) reveals a glimpse of the spaceship crew's characters and their plans for exchanging a humanlike robot found from piles of space debris. With its stunning space action and thrills, Space Sweepers also show comical tension between these four extraordinary spaceship crews who do not harmonize with each other.

Space Sweepers, an excitement-packed outer space sci-fi blockbuster, is directed by Jo Sung-hee of A Werewolf Boy and Phantom Detective, and will be available on February 5th only on Netflix. 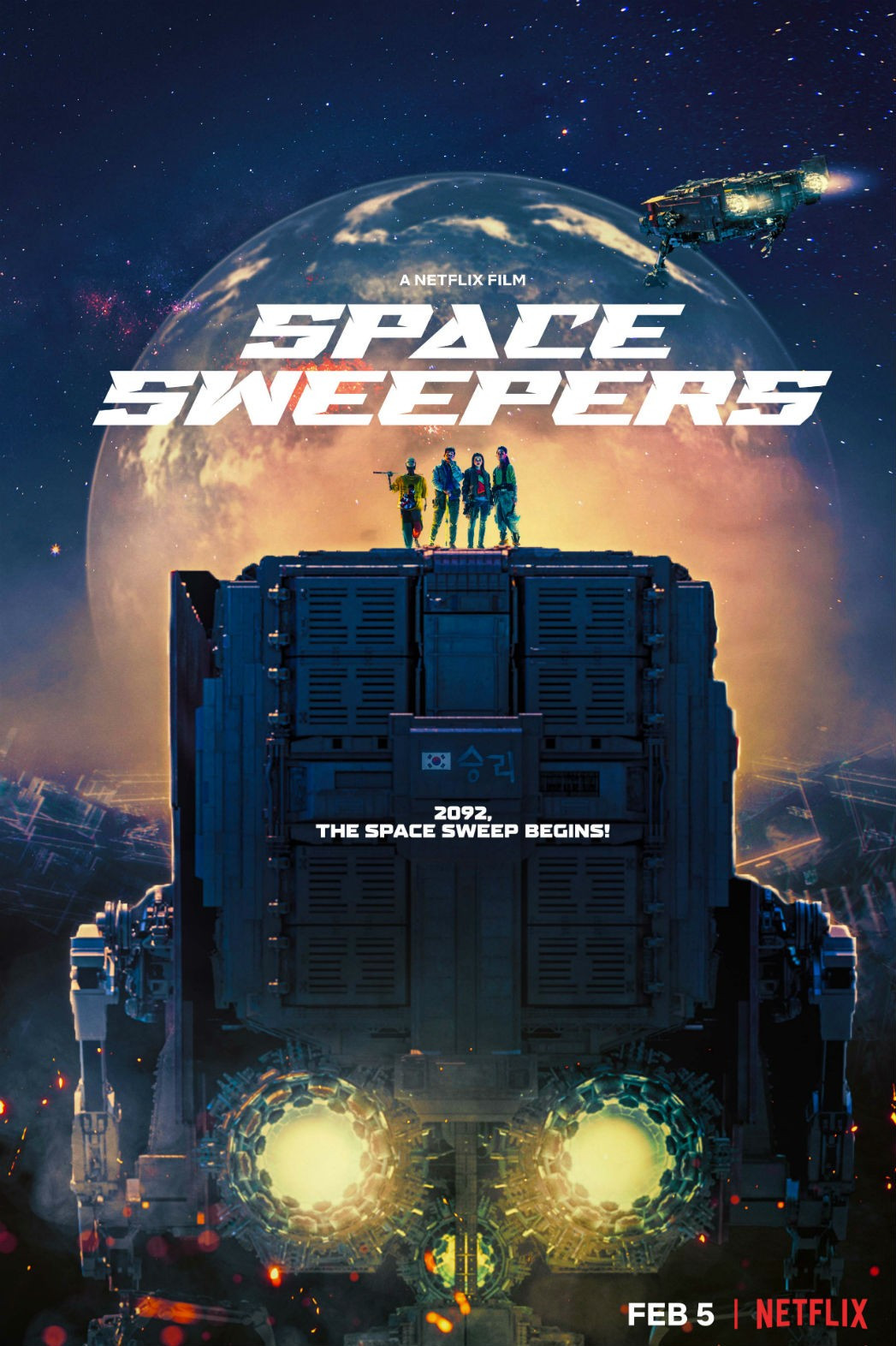