Netflix announces plans to expand in Albuquerque, New Mexico that includes investing a billion dollars in production over the next ten years and over 1000 jobs a year.

ALBUQUERQUE, N.M. – October 8, 2018 — Today, Governor Susana Martinez, Mayor Tim Keller, and Ty Warren, Vice President, Physical Production for Netflix announced that Netflix has chosen Albuquerque, NM as the site of a new U.S. production hub and is in final negotiations to purchase ABQ Studios, located in Albuquerque’s Mesa Del Sol. Upon closing, the company plans to bring $1 billion dollars in production to New Mexico over the next ten years and create up to 1000 production jobs a year.

This is the company’s first purchase of a production studio complex. Netflix will produce film and television series in the new facility and at locations around the state, including irreverent apocalypse dramedy Daybreak, supernatural drama Chambers and epic, suspenseful drama Messiah. Chambers and Messiah are currently being produced in the Albuquerque area; both productions have provided jobs for over 700 New Mexican crew members. Previous Netflix productions in New Mexico include the Emmy Award-winning limited series Godless, The Ridiculous Six and Longmire.

“Netflix is at the cutting edge of the film and television industry and it’s an honor to welcome them to New Mexico,” said Governor Martinez. “After years of hard work to cut taxes and make New Mexico business-friendly, we’re seeing incredible results. Now, New Mexico is leading the nation in economic growth and lowering unemployment and we’ve brought the world’s leading internet entertainment service, Netflix, to our state.”

“Landing Netflix is a transformative victory that will change the business landscape in the Duke City,” said Mayor Tim Keller. “The city has leveraged the groundwork laid over the years by our partners in the film and TV industry and we’ve made sure that film and the creative economy remained a tenet of our economic development plan so we can create accessible, high-paying jobs in this industry. Now viewers all over the world will be able to experience the most beautiful and livable city in the Southwest while watching their favorite Netflix content.”

“Our experience producing shows and films in New Mexico inspired us to jump at the chance to establish a new production hub here,” said Warren. “The people, the landscape and the facilities are all stellar and we can’t wait to get to work — and employ lots of New Mexicans — creating entertainment for the world to enjoy. We are grateful to Governor Martinez, Mayor Keller and the people of New Mexico for the opportunity to create a new ‘home away from home’ here in Albuquerque.”

“Netflix is one of the world’s most exciting brands, changing the way people think about and consume media, and challenging companies in every industry to innovate. We are thrilled to welcome this world-class company to Albuquerque,” said Roberta Cooper Ramo, Chair of Albuquerque Economic Development, Inc. “In addition to the economic impact this project will create for local businesses and New Mexico residents, Netflix’s decision further communicates that Albuquerque has assets that set it apart from every other city.” 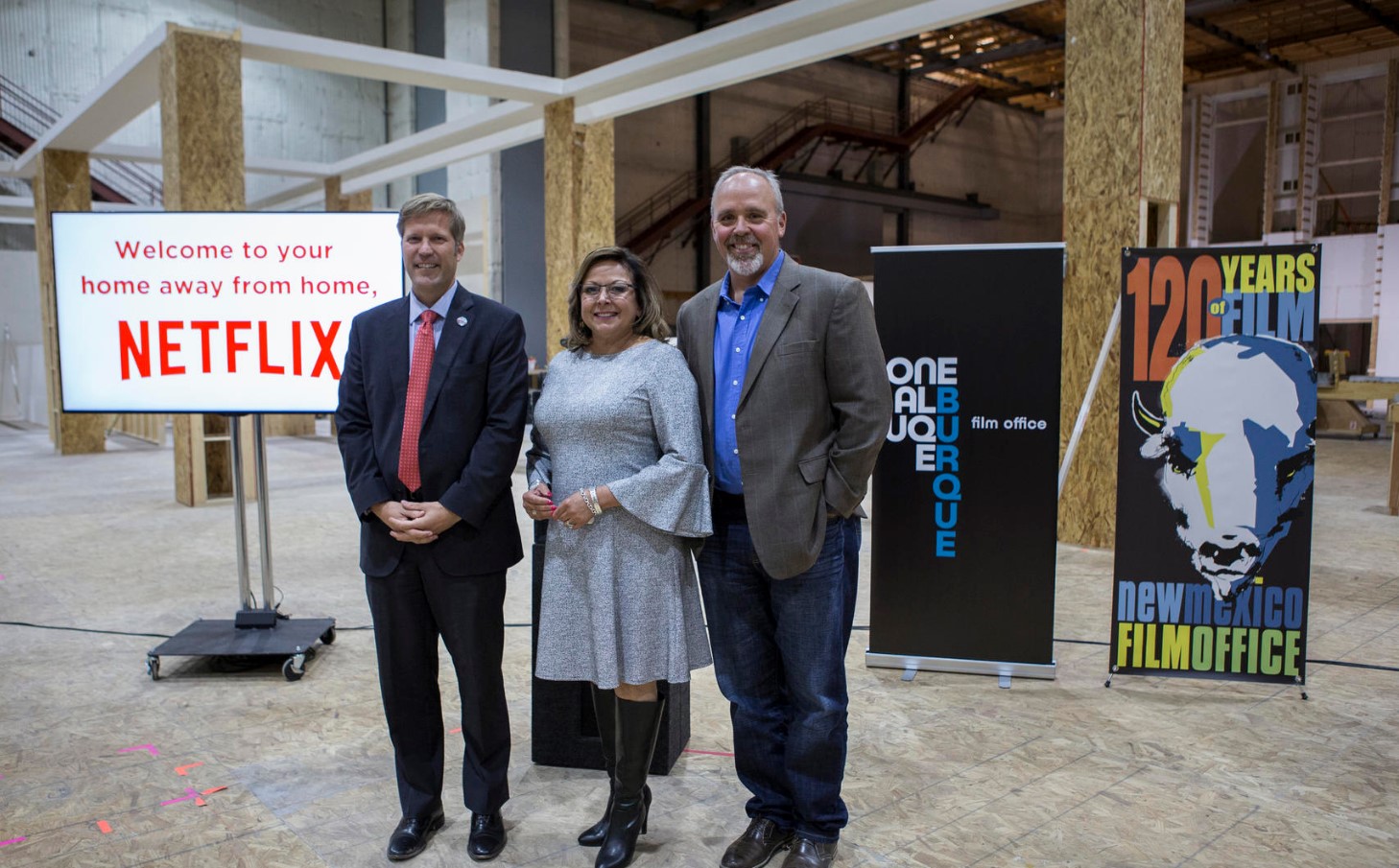