A new featurette sees Jared Leto tease, "The Multiverse has officially opened, and there's all kinds of opportunities for villains to meet up."

Sony Pictures has released a new Morbius featurette where star Jared Leto teases the opening of the Marvel Multiverse.

"Morbius is, and always has been, a standout persona in Marvel lore. There's a lot of mystery around this character; it's not a character who's had a movie about him before," says Leto. "So there's an entire world to discover. In the film version of Morbius, he's part of a much larger universe. The Multiverse has officially opened, and there's all kinds of opportunities for villains to meet up."

Synopsis: One of the most compelling and conflicted characters in Sony Pictures Universe of Marvel Characters comes to the big screen as Oscar® winner Jared Leto transforms into the enigmatic antihero Michael Morbius. Dangerously ill with a rare blood disorder and determined to save others suffering his same fate, Dr. Morbius attempts a desperate gamble. While at first it seems to be a radical success, a darkness inside him is unleashed. Will good override evil – or will Morbius succumb to his mysterious new urges?

Just accept who you are… the bad guy. #Morbius is exclusively in movie theaters April 1. Get tickets now! https://t.co/tb0BpoRvWh pic.twitter.com/ORLvjXIy4f 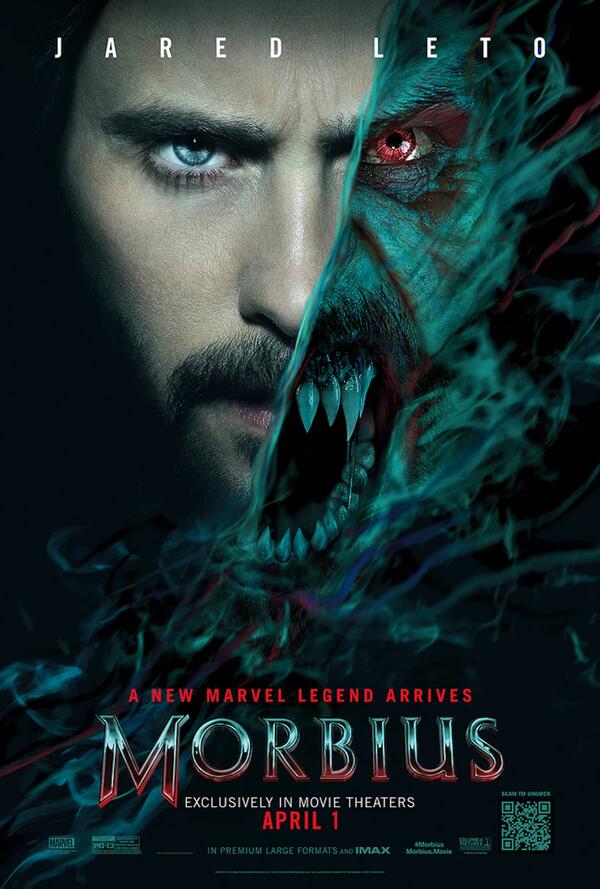