Arnold Schwarzenegger is back in a new trailer for the Mortal Kombat 11 video game as a T-800 that takes on Jax, Kano, Scorpion and more.

The trailer shows off Arnold’s moves as a Terminator, which includes head butts, shot gun blasts, and the ability to port.

While fighting Scorpion, the Terminator is also burned to a crisp revealing the metal exoskeleton underneath!

The footage also includes the Terminator’s Finisher, which is pretty wild.

Featuring the likeness of actor Arnold Schwarzenegger, the Terminator T-800 is the ultimate cyborg assassin, sent back in time from a post-apocalyptic future. Nearly indestructible with superior technology, fighting skills and artificial intelligence capabilities, the Terminator T-800 is the next playable fighter set to join Mortal Kombat 11, available Oct. 8 as part of the early access period for Kombat Pack owners. 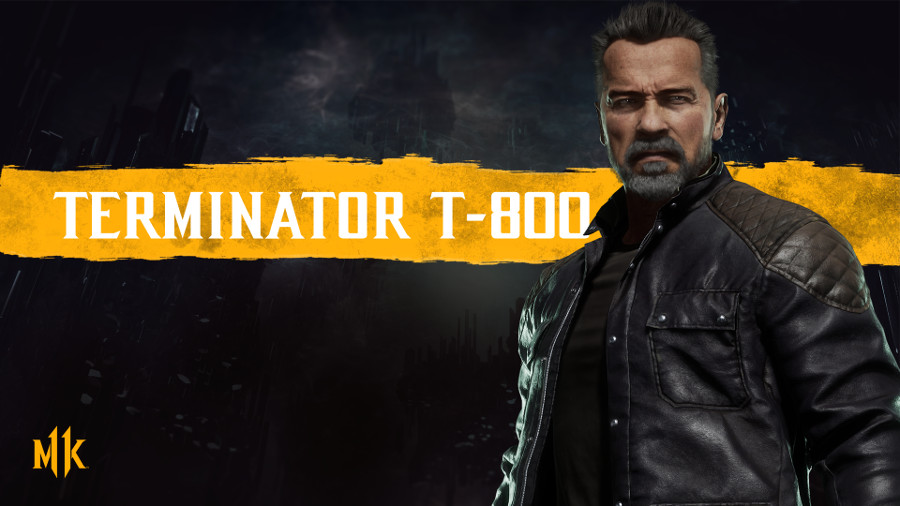 Lastly, a Mortal Kombat 11 free trial will be available from Oct. 11-14 on PlayStation 4 and Xbox One, offering access to all multiplayer game modes, a portion of the Story mode, the full base game roster of characters and a preview of the recently added Kombat Pack fighters – Terminator T-800, Nightwolf and Shang Tsung – within the Towers of Time mode. Please note, a PlayStation Plus subscription or Xbox Live Gold membership is required to participate in online multiplayer matches during the free trial. These subscriptions are not required to enjoy single player content during the trial.