Director Mohamed Diab gives us the best episode to date, and you can't go wrong with Marvel's Fist of Vengeance.

Moon Knight Episode 3 is the best to date as it's pretty awesome.

The episode gives you everything you want and more as there is a really badass and kick-ass scene that everybody has been waiting for with Moon Knight in costume, we are treated to story progression, there really isn't too much Marvel goofiness, and there is a lot of cosmic coolness, which I was delighted and surprised by.

I believe this is the first episode directed by Mohamed Diab, who according to IMDb is also directing the remaining episodes, and I couldn't be happier. True to Diab's words how he feels how Hollywood doesn't give his home of Cairo and Egypt much respect, just as I thought, Diab provides us with some cool settings, but I believe Moon Knight didn't film on location in Cairo, but filmed in Hungary, Jordan, and Slovenia; so maybe they were prohibited from filming in Egypt or it isn't cost-effective or what have you, but I felt what we saw in the episode looks damn good. 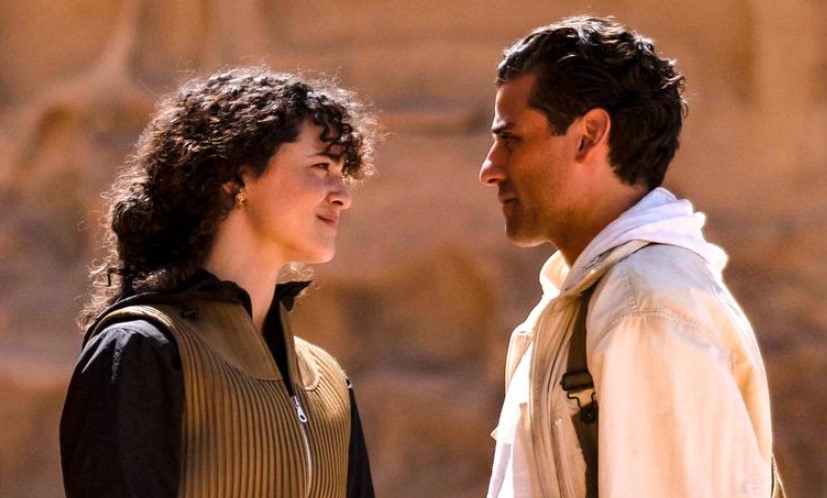 Oscar Isaac and May Calamawy are amazing in Moon Knight

Oscar Isaac is mind-blowing in his performance as both Steven and Marc, and the one scene where he uses the car mirror to transform in the desert is amazing. I'm also very happy with May Calamawy as Layla El-Faouly as she, too, also brilliantly provides a transformation of her own in regards to her own reactions and interactions with either Marc or Steven, and much like Isaac, you can see it in her face.

Speaking of Steven, I hope from now on, they continue to use him only minimally, and I love how in the episode, Khonshu even refers to Steven as a worm. Yep! I know hardcore Moon Knight fans despise Steven and how the show is using the Mr. Knight costume, but again, at least it is minimal, and Marvel fans have no one to blame but themselves for all the goofiness in the MCU as they regularly expect it and lick it up (looking at you Guardians of the Galaxy movie fans!). Admittedly, during the fight scene when he switches into the Mr. Knight costume that was cringe, but it lasts only briefly, and the scene with Mr. Knight and Konshu and the stars is pretty cool (though it could very well have been Marc and the Moon Knight suit).

I'm also happy with the fight scenes as they're coming off a lot better than the fight choreography in Hawkeye, which was unforgivably bad, embarrassing, and horrendous, and true to Feige's words, the fight was brutal, and as I watched the episode, I realized there are only three episodes remaining, so I hope Feige gets on Season 2 ASAP.

The episode also makes me feel for Konshu, as he is the lone god sticking by our side, and we even see that he apparently had a romantic relationship with another god, another god who apparently still cares about him, so tonight's episode in a way humanizes Konshu (sort of like a grandfather) and makes you root for Marc and Konshu (and Steven) even more. Of course, Ethan Hawke's Arthur Harrow is again fantastic, and I hope he sticks around the MCU, and I can't wait to see what happens with Ammit. The score was also once again perfect.

I like the episode so much, that I think I am going to watch it again.