Marvel Comics has released a trailer for its upcoming "Judgement Day" event which pits the Avengers vs the X-Men vs the Eternals.

The trailer again teases that a big retcon is coming to the Marvel Comics because of Kevin Feige's MCU movies as apparently, the Eternals want to destroy the X-Men because they think the mutants are actually Deviants. Watch below.

Marvel.com also released details for the prelude issue, A.X.E.: EVE OF JUDGMENT #1, and the main event title, A.X.E.: JUDGMENT DAY #1 (of 6), and fans will want to pick up Free Comic Book Day's AVENGERS/X-MEN #1:

The pieces of the upcoming event will fall into place in June’s A.X.E.: EVE OF JUDGMENT #1, a prelude issue where Gillen will team up with artist Pasqual Ferry to present the first shot of the apocalyptic conflict to come. After that, the saga will be told across six explosive issues in A.X.E.: JUDGMENT DAY, the main event series launching in July, as well as tie-in issues unleashed across the Marvel Universe.

An extraordinary odyssey that will leave a profound emotional impact on the Marvel mythology, A.X.E.: JUDGMENT DAY will tie together radical plot developments from the last few years, including the X-Men’s discovery of immortality, the Eternals’ newfound knowledge about their purpose, and the Avengers’ assembling a powerful lineup at their base in the body of a fallen Celestial.

The Avengers have become a more powerful global force than ever from their base inside a long-dead Celestial. The X-Men have achieved a form of immortality on their utopian island nation of Krakoa. And the Eternals have begun a new cycle of life as they continue their sworn mission to eliminate the Deviants. But when the Eternals learn that mutantkind itself is a form of excess deviation, a vicious assault on Krakoa ensues – with Earth’s Mightiest Heroes trapped in the middle. Years of tension lead to a volcanic eruption as two worlds burn!

“There's a classic metaphor to describe the Marvel Universe – a toybox, which creators take toys out of, play with and put back. I get it, but it's never quite how I've seen it – I think 'play' in another way. I think of a music shop, with all these instruments with their different qualities suggesting different songs, different stories,” writer Kieron Gillen explained. “For all the Marvel instruments I've played, I've never written an event."

Gillen continued: "Writing an event is something different. It's not like playing an instrument. It's having all the instruments in the Marvel music shop. That's not like writing a song. That's like writing a symphony. I looked at everything in Eternals and Immortal X-Men and everything else all the X and Avengers writers have done and thought... yeah, this is an event. In fact, an event is the only way to do justice to this.” 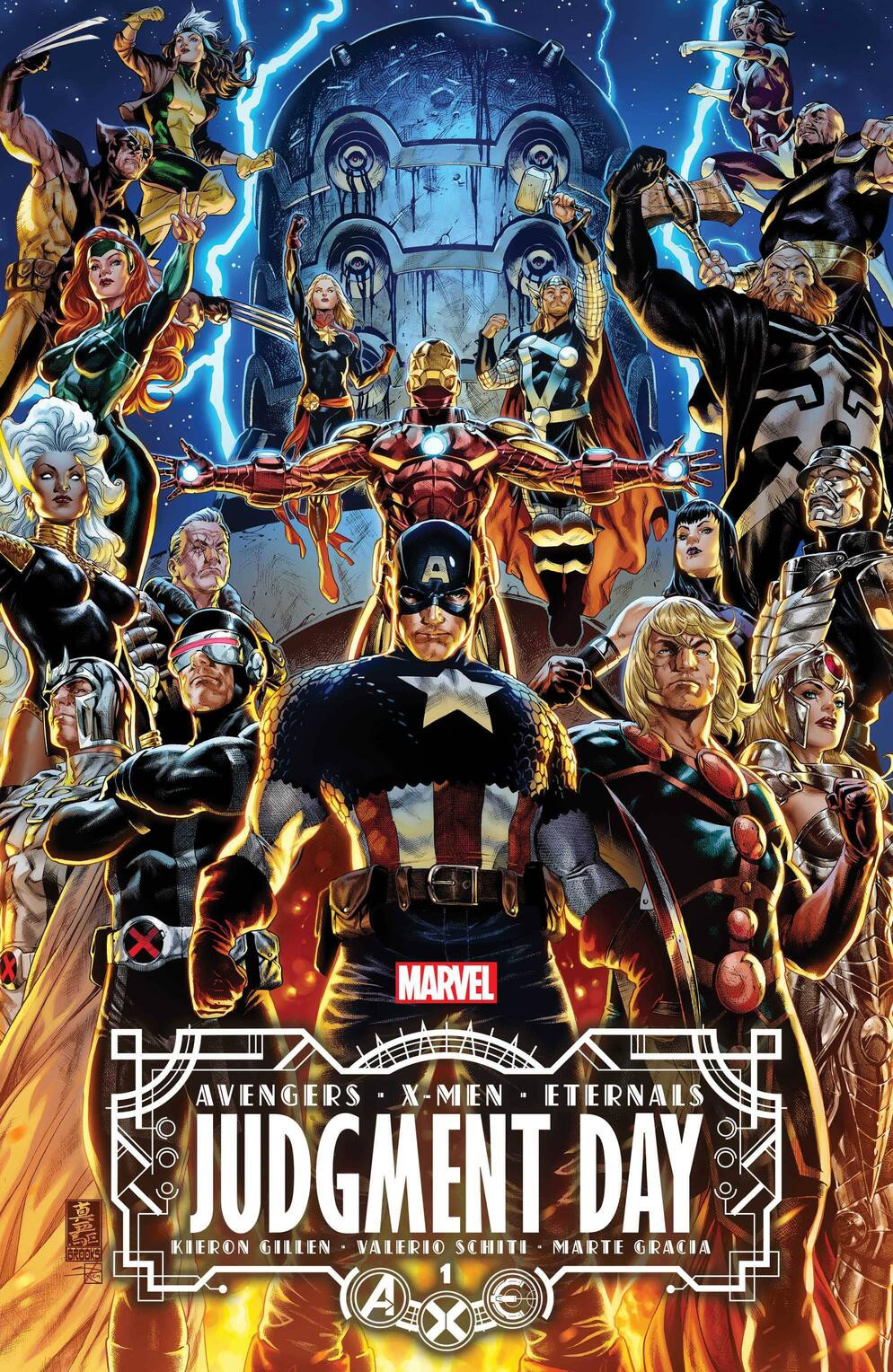