New guests and details emerge for the upcoming Stan Lee Tribute which includes that Star Wars actor Mark Hamill will be in attendance in addition to Marvel's Agents of SHIELD's Clark Gregg and Kevin Smith.

Check out the official details and poster:

New details emerge on tribute for legendary storyteller to be honored on January 30, 2019

Hollywood, Calif. – January 24, 2019 –  Next week, “Excelsior! A Celebration of the Amazing, Fantastic, Incredible & Uncanny Life of Stan Lee,” will be attended by Mark Hamill, RZA, Clark Gregg, Felicia Day, Bill Duke, cast members from Marvel’s “The Runaways,” cast members from FX’s “Legion,” and Fox’s “The Gifted,” among many other luminaries from the entertainment world.

Fans wishing to attend “Excelsior! A Stan Lee Celebration” can get a limited number of tickets at legionm.com/stantribute. All net proceeds from the event’s ticket sales will go to the non-profit organization The Hero Initiative, a charity supporting comic book creators, artists and writers in need.

The tribute event on Wednesday, January 30, will begin at 4 p.m. PT with a section of the TCL Chinese Theatre forecourt transformed into a fan experience of Stan Lee’s life and career. There will be a memorial centered around his cement imprint which will be displayed next to the speaker’s podium. Ticketed fans will be allowed to leave flowers, candles and sign a book of condolences.

Photos, artwork, Stan’s classic comic books and memorabilia will be on exhibit in the forecourt along with a special preview of pop-culture artist Rob Prior’s upcoming gallery show The Legacy Collection of Stan Lee. Prior will do a live painting in the forecourt during the opening portion of the tribute. Artist Jennifer Contini will also have her series "This Love Lives On" featuring images of Stan Lee on display. The White Castle Crave Mobile will be serving sliders, one of Stan’s favorite snacks, for all the fans.

Producers of the event, Legion M’s David Baxter and Terri Lubaroff, Stan Lee’s POW! Entertainment’s Bob Sabouni and Agents of Mayhem Darren Passarello will greet fans and introduce several public speakers before Kevin Smith arrives and assembles an honor guard of world class cosplayers representing many of Stan’s co-creations, including Avengers, Spider-Man, Dr. Strange, and more to pay their respects and lead the crowd in a final salute to this legendary pop culture icon accompanied by a police band of pipes and drums.

On the red carpet, a group of veterans from Veterans in Media & Entertainment and The American Legion of Hollywood Post 43 will honor Stan for his service during World War II, and Chief Paul Cell, President of the International Association of Chiefs of Police, will recognize Stan’s contributions for his work supporting law enforcement and creating safer communities.

Family from the other co-creators of the Marvel Universe will attend to pay their respects and join in the celebration, including Tracy and Jeremy Kirby, grandchildren of Jack Kirby, Mark and Stephen Ditko, nephews of Steve Ditko, and Jenna Parker, daughter of Sol Brodsky, all of whom were part of the original Marvel Bullpen.

Members of the creative team behind the Academy Award®-nominated “Spider-Man: Into the Spider-Verse,” including writer/producer Phil Lord and producers Chris Miller, Avi Arad and Amy Pascal will also be on stage to honor Stan. Producers Lauren Shuler Donner and Derek Hoffman round off the evening’s panels as they speak to and celebrate the modern impact of Stan’s characters through two decades of X-Men in film and television.

The evening will be complete with video tributes from stars who are unable to attend as well as live celebrity performances of Stan’s favorite music and poetry.

The tribute event is being produced by fan-owned entertainment company Legion M, which is revolutionizing the way entertainment is made in Hollywood by uniting a growing fan community of 50,000+ members, including more than 10,000 fan-owners. In addition to producing film and television projects, Legion M organized Stan Lee’s hand and foot imprint ceremony at the TCL Chinese Theatre in 2017. Legion M is producing the tribute with the production and consulting company Agents of Mayhem whose founder Darren Passarello worked for Stan for several years.

Under the leadership of CEO Scott D. Williams and Gill Champion, the company has been and will continue to be the guardian of Stan Lee’s legacy and is excited to roll out new projects and new adventures Stan had been working on. On behalf of Stan Lee’s POW! Entertainment, Chief Marketing Officer Bob Sabouni will be overseeing and guiding the tribute day alongside the other event partners.

Producers of the tribute event will continue to announce additional details for the event via social media feeds. Details of specific speakers, performers and other activities will be shared on the social channels for Kevin Smith, Legion M, Agents of Mayhem, and Stan Lee’s POW! Entertainment. (@TheRealStanLee, @ThatKevinSmith, @LegionMOfficial, @AgentsofMayhem). 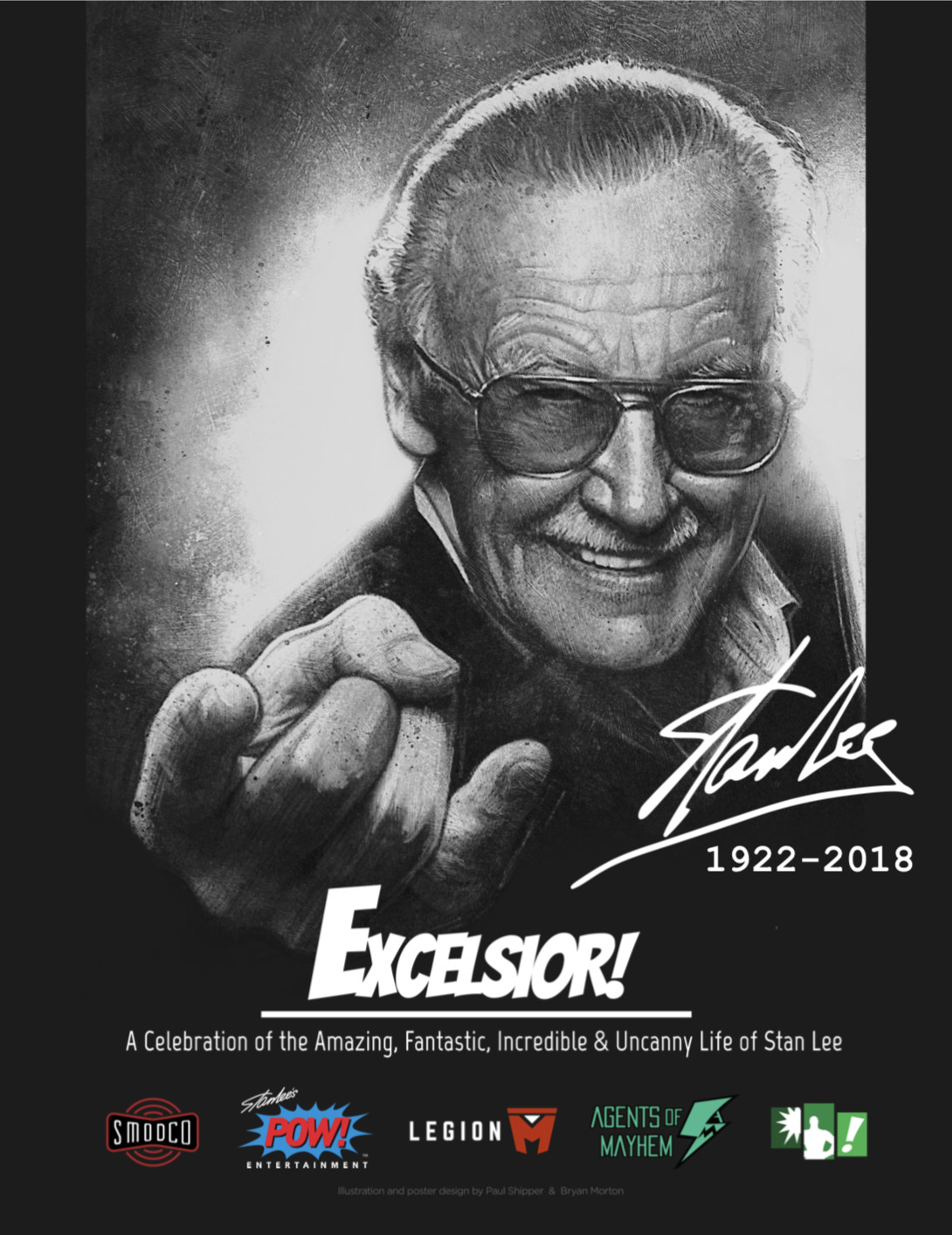