Linda Hamilton more than likely will not be back for another Terminator movie as she terminates her chances of a return to the franchise.

Following the disastrous box office performance – that sees the flick losing a hundred million dollars – of the Tim Miller-directed Terminator: Dark Fate, Linda Hamilton goes so far as to say that she would love to be done with the films.

“I would be quite happy to never return. So, no, I am not hopeful because I would really love to be done,” the actress, who plays Sarah Connor, tells THR.com.

Terminator: Dark Fate actually underperformed the previous flick, Genisys, by over 40%, as Dark Fate only brought in $261 million worldwide, while Genisys, said to be a worse movie, brought in over $460 million. 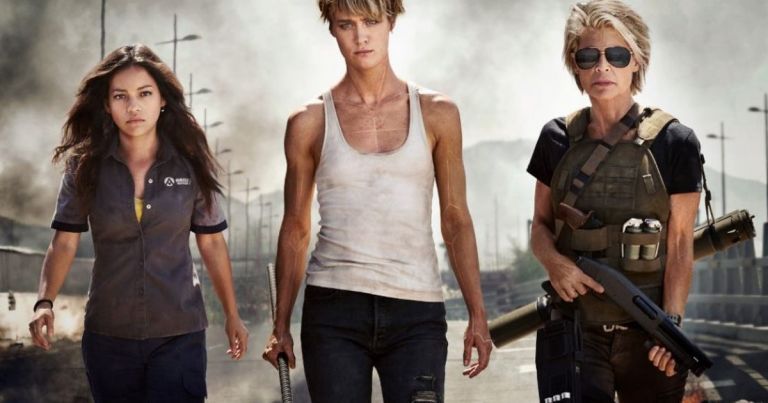 The article at THR doesn’t go over the “woke” storyline surrounding Dark Fate that pushed diversity, where the male characters are all replaced or killed off for female characters, but it does mention the controversial beginning which sees Arnold Schwarzenegger kill off John Connor, the savior of mankind; however, Hamilton sees things differently.

“I would really appreciate maybe a smaller version where so many millions are not at stake. Today’s audience is just so unpredictable,” Hamilton says. “I can’t tell you how many laymen just go, ‘Well, people don’t go to the movies anymore.’ It should definitely not be such a high-risk financial venture.”

As we see, they are trying to spin things as if people aren’t just going to see movies anymore, but obviously we know that is not the case as films such as Joker, Aquaman, Wonder Woman, the Marvel films — all say otherwise.

Hamilton goes on to say she definitely wouldn’t rule out a return, but again, it seems unlikely.

“But, if there were something new that really spoke to me, I am a logical person, and I will always consider viable changes,” she says.