I just got finished watching the Masters of the Universe: Revelation series on Netflix, and I am of the opinion that, yes, Kevin Smith, lied to fans about He-Man and the show.

As I tweeted after watching, it’s Disney Star Wars and The Last Jedi all over again where male characters are made out to look bad, as it’s all about female empowerment at the expense of those male characters (save one male character who was the race-swapped character).

Kevin Smith did say the show is all about He-Man and it was marketed and promoted that way, but I would ask, where was He-Man? He appeared in the first episode and didn’t do much and then was relegated to basically needless flashback scenes in the next three episodes and didn’t even appear in the final episode.

Masters of the Universe: Revelation is indeed all about Teela and it was insinuated that Teela is a lesbian, which proves the rumors right. Yep, Kevin Smith, you owe Clownfish a big apology.

I ask, why lie? Why the lies and just not say it’s a Teela story? It could actually have been good as the animation and music were pretty epic, and I also thought the story was pretty decent, but they had to add in all the anti-male propaganda and anti-He-Man jokes. Why? It’s just unnecessary.

Also, a word directed at Ted Biaselli: You should be ashamed of yourself, sir. You are a so-called big-time He-Man fan with a mammoth action figure collection, but you sold out every kid who ever watched the original show or played with the action figures. I had a letter printed in the He-Man Magazine when I was 9-years-old that said, “Dear He-Man, I like when you say ‘By the Power of Grayskull! I have the Power!'” But you took that power away to promote the politically correct agenda. Shame on you.

If any Mattel execs happen to read this, do you really think my 9-years-old self, whom this series is directed at, is going to buy any of your new action figures? Guess, again. Mattel is obviously not aware of how Star Wars merchandise absolutely tanked following the release of The Last Jedi. Get it now? Also, a word of advice, don’t spoil the ending to the show by releasing the action figures early. Kinda common sense.

Check out the reactions below. 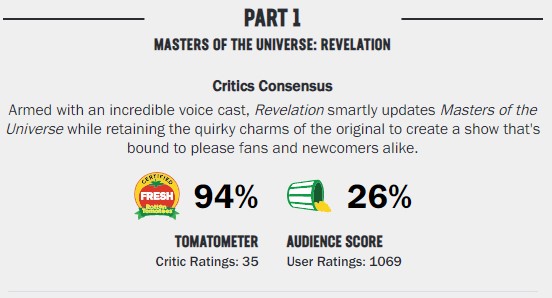 Spoilers…
…
…
…@ThatKevinSmith – Teddy should be ashamed of himself. #heman isnt even in the series at all. Relegated to flashback scenes and dies twice. All the male characters are bad or buffoons. Smh. Woke Hollywood for ya. pic.twitter.com/3xmnNIfFKV 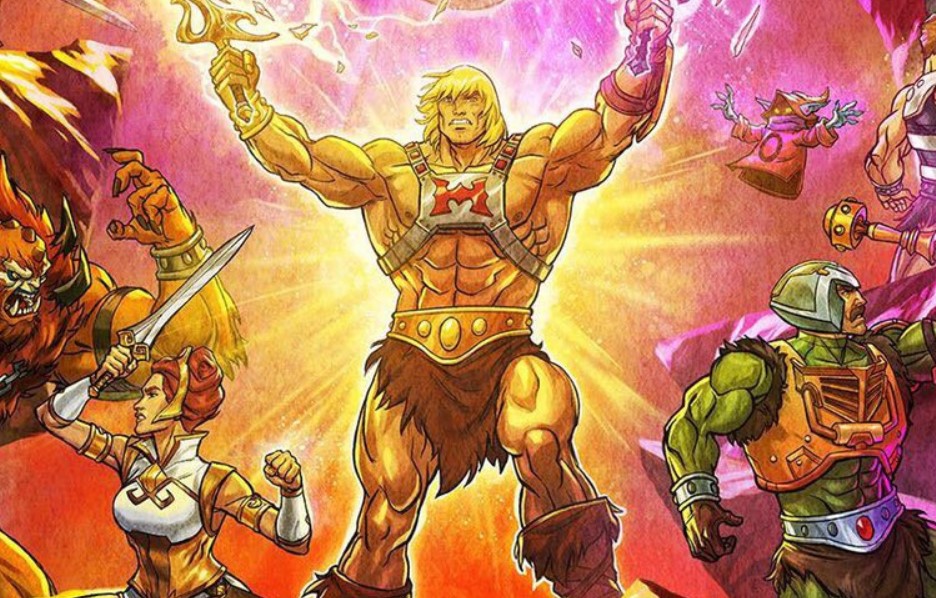 Like many users has already said the animation and art direction is good but its story and writing is awful. Then the music is generic and doesn’t exactly remind you anything of the old Master of the Universe show. Similarly to the Castlevania show by the same studio, it had potential to be something great but was sadly wasted by mediocre writers. – Woodle B

Posters and trailers are misleading. This is not about He-man and i m ok with that but i hate false advertising and i really hate liars yes you lie Kevin Smith shame on you. – DENA S

A.k.a The Teela Show. With He-Man as an after thought. – Ben L

This is a terrible show.. He-man doesnt bother to show up for most of it. Other than that, the script is sappy and just downright, bad!! – Raj A

The 1st trailer was awesome. The 2nd trailer was weird. The show is very bad. The animation is decent, the story is made by california starbucks waitresses. – Hazu T

Its a tough one to review really. On one side I liked the animation and most of the voice acting. It’s was also good to see these characters brought back to life. But… sidelining the main hero He-man and his untimely death in the final (5th) episode was either a stroke of genius (assuming he comes back of course) or a terrible move that will divide the fanbase. I didn’t like the fact that He-man is mainly the ‘weak’ Prince most of the time he’s onscreen. I think it was a massive mistake to push the main character back like that, just to propel other characters forward to make them look stronger. But hey ho… its a kids cartoon and it is what it is. Saying that I think Mark Hamill as Skeletor was the WORST mistake. He sounded just like the Joker. Kept pulling me out of the show when he was onscreen too (which wasn’t a lot). So overall – it’s alright. A modern version of Masters Of The Universe. It’s going to devide the fans (already has). But it could have been much worse, but also much better. Animation was [thumbs up] though. 5/10 – Marc B

An absolute disappointment. Just re-watch the 2003 version instead. Much better and truer to the original. Also, the show’s creator will never be trusted again, after lying to the community for over a year. – Saulo L

The Episodes 1-5 might as well be renamed as Teela and the masters (duncan) of the universe. Though the series reminds of the old franchise and might click with its refreshing story for the young audiences, doubt it would with the matured ones(80’s & 90’s) , seeing their most cherished character be portrayed as helpless,worthless and only good to be dead and also likely to be bullied in the dead and again to be dead (likely). Moreover, the Character is redesigned to make an error which leads to a situation that it is upto Teela and her allies to save eternia. If this continues, it will loose its mature audiences. But hey, the series title is masters of the Universe with no He-man mentioned. Therefore, it might not be surprising for the series to show a character other than He-man (aka Adam) like Teela or any one else to pick up the Sword and say the every fans favourite memorable heart engraved words. – thyarewelcomet

The reason this show was a hit in the first place in the 80’s is all gone with this abomination. Believe all the rumors. – Billy G

Very little He-Man. Its all about Teela. The animation is good. what a disappointment – Robert L

We were promised He-Man and we didn’t get that. – Marcos H