A new movie poster has been released for the Replicas sci-fi film starring Keanu Reeves, which teases that some humans are unstoppable.

Keanu Reeve plays scientist Wil Foster who becomes obsessed with the idea of bringing his family back to life after they are killed in a car crash. His choice of resurrection? Cutting edge cloning technology.

Check out the trailer below as well.

In this sci-fi thriller, neuro-scientist William Foster (Keanu Reeves) is on the verge of successfully transferring human consciousness into a computer when his family is tragically killed in a car crash. Desperate to resurrect them, William recruits fellow scientist Ed Whittle (Thomas Middleditch) to help him secretly clone their bodies and create replicas. But he soon faces a “Sophie’s choice” when it turns out that they can only bring three of the four family members back to life. 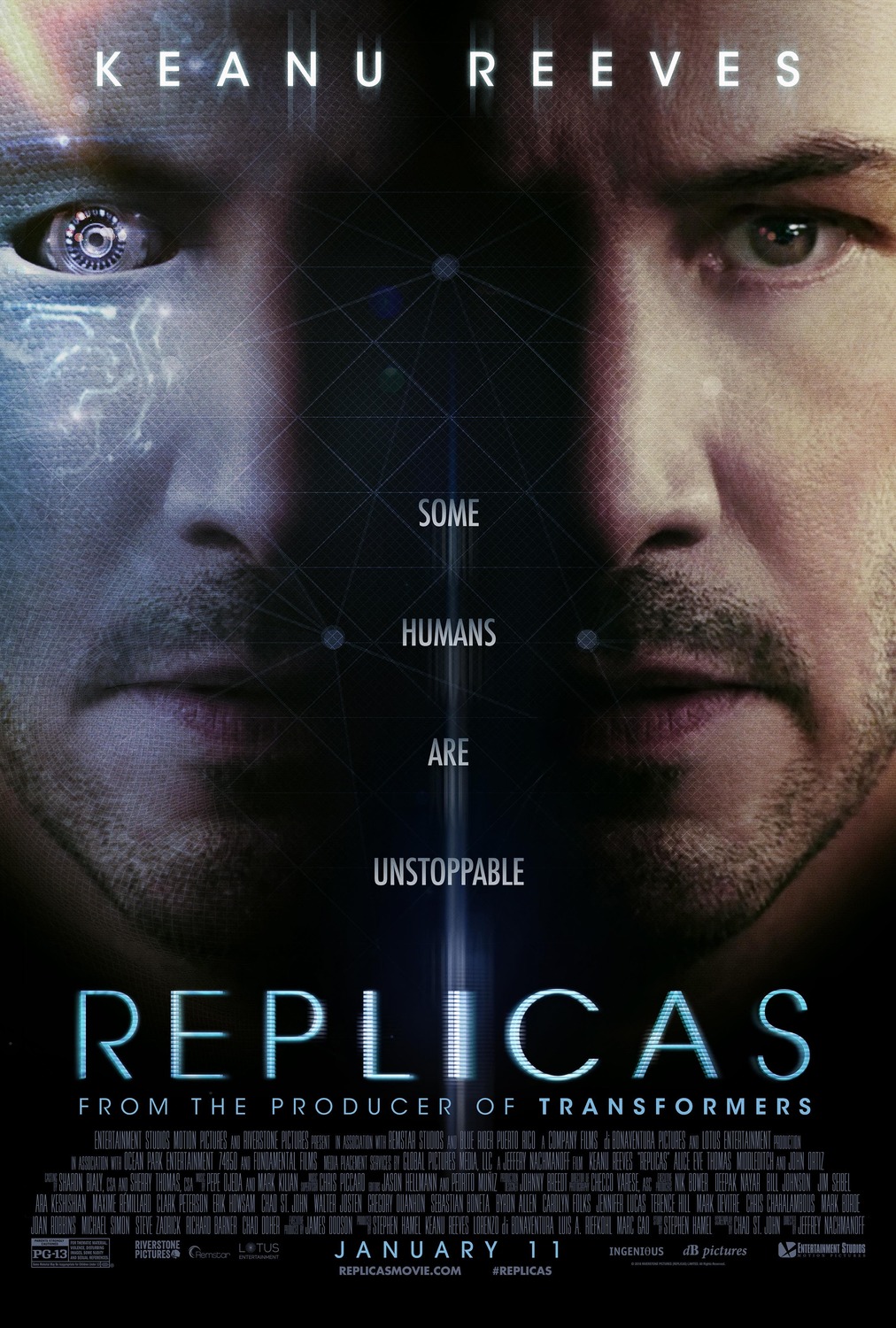