The book is described as:

The man known only as Berzerker is half-mortal and half-God, cursed and compelled to violence…even at the sacrifice of his sanity. But after wandering the world for centuries, Berzerker may have finally found a refuge – working for the U.S. government to fight the battles too violent and too dangerous for anyone else. In exchange, Berzerker will be granted the one thing he desires – the truth about his endless blood-soaked existence…and how to end it.

“I have loved comics since I was a young kid and they have been a significant influence on me artistically,” said Reeves in a statement. “To have the chance to create BRZRKR and collaborate with legends in the industry like writer Matt Kindt, artist Alessandro Vitti, color artist Bill Crabtree, letterer Clem Robins, and conceptual/cover artist Rafael Grampá – along with the great folks at BOOM! Studios – is a dream come true.”

“The best collaborations have each partner bringing something unique to the table. Wth BRZRKR we mixed a potent cocktail of all the things that we love: the tale of an immortal warrior laced with history, conspiracies, spirituality, and a gigantic helping of bonkers action and violence — all with intense purpose and ultimately a heartbreaking discovery,” said Kindt.

“I was visiting New York when BOOM! Studios reached out to me about BRZRKR and as soon as I saw that I would be working with Matt Kindt and Keanu Reeves, I was jumping with excitement because I knew that this would be an incredible experience,” said Vitti. “And I was right! This series has everything I love to draw, and I can’t wait for it to hit stores so we can share it with all of you!”

“Keanu is a creative force like no other and it’s been a once-in-a-lifetime experience collaborating on his first-ever comic book series,” said Matt Gagnon, Editor-in-Chief, BOOM! Studios. “The great Matt Kindt, one of my absolute favorite creators, is working hand in glove with Keanu on scripts, the brilliant Alessandro Vitti is illustrating this series in brutally exquisite detail, and the always-phenomenal Rafael Grampá is delivering searing covers. BRZRKR is a visceral, masterly crafted comic book epic.”

BRZRKR is due out in October with cover art from Rafael Grampá and variant cover art by Vitti and artist Mark Brooks.

Keanu Reeves is currently filming The Matrix 4, is appearing in the upcoming Cyberpunk 2077 video game, and is even rumored to return as Constantine for DC.

Look for a special preview of BRZRKR at the BOOM! Studios Discover Yours Panel at Comic-Con At Home on July 26 at 11 a.m. PT. 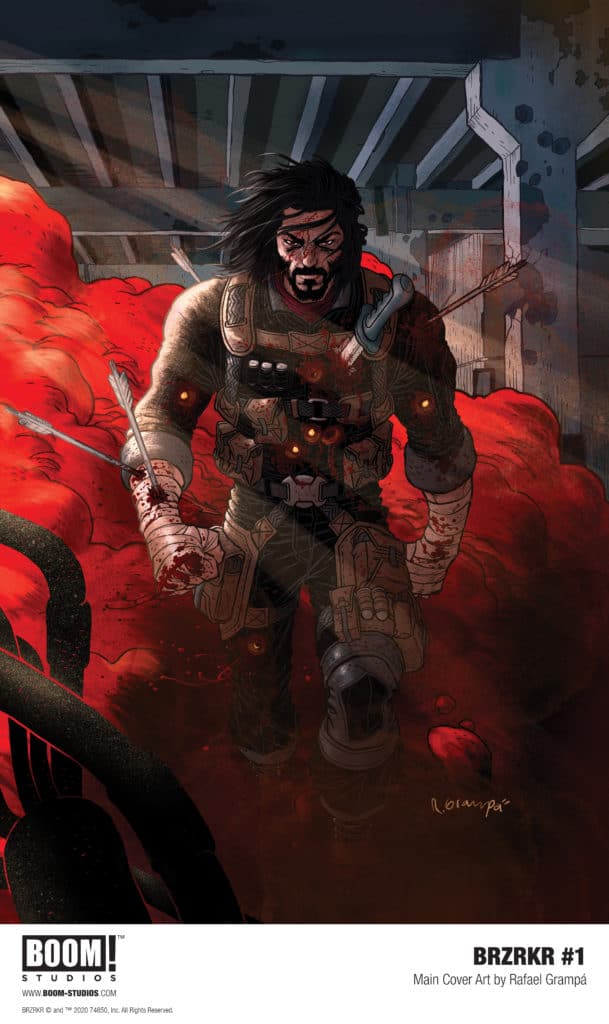 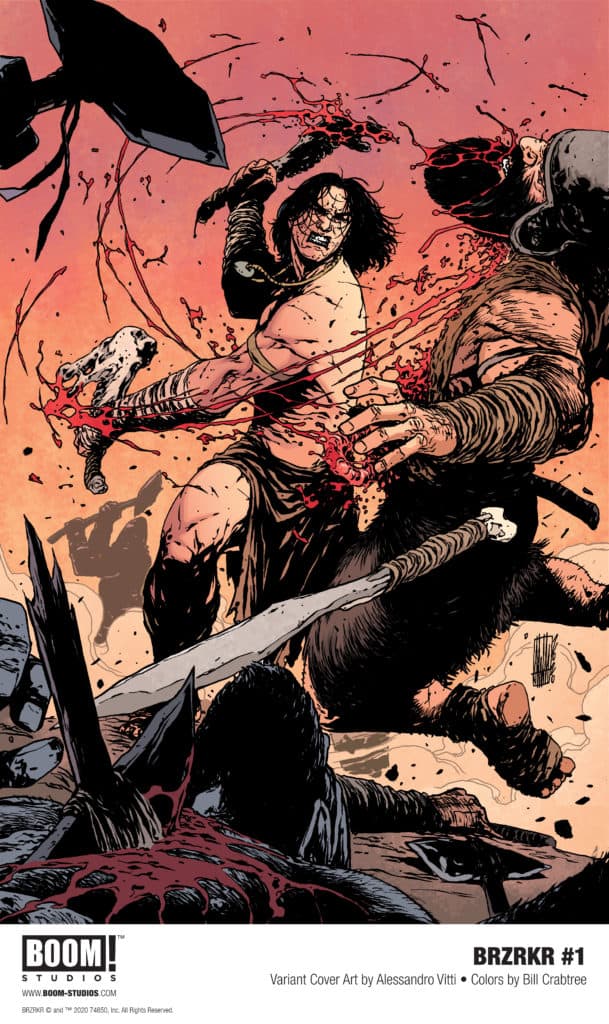 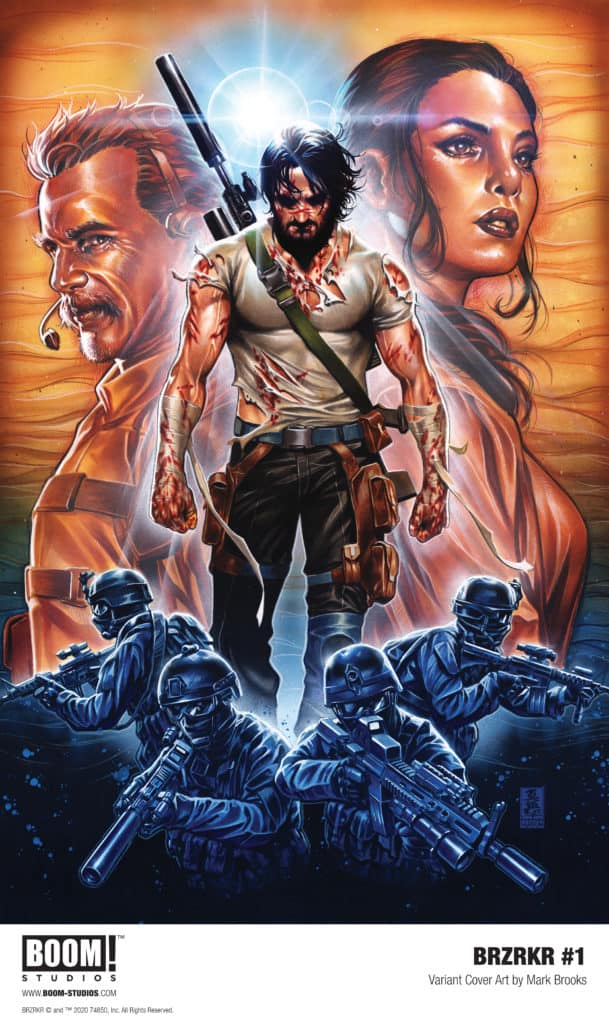 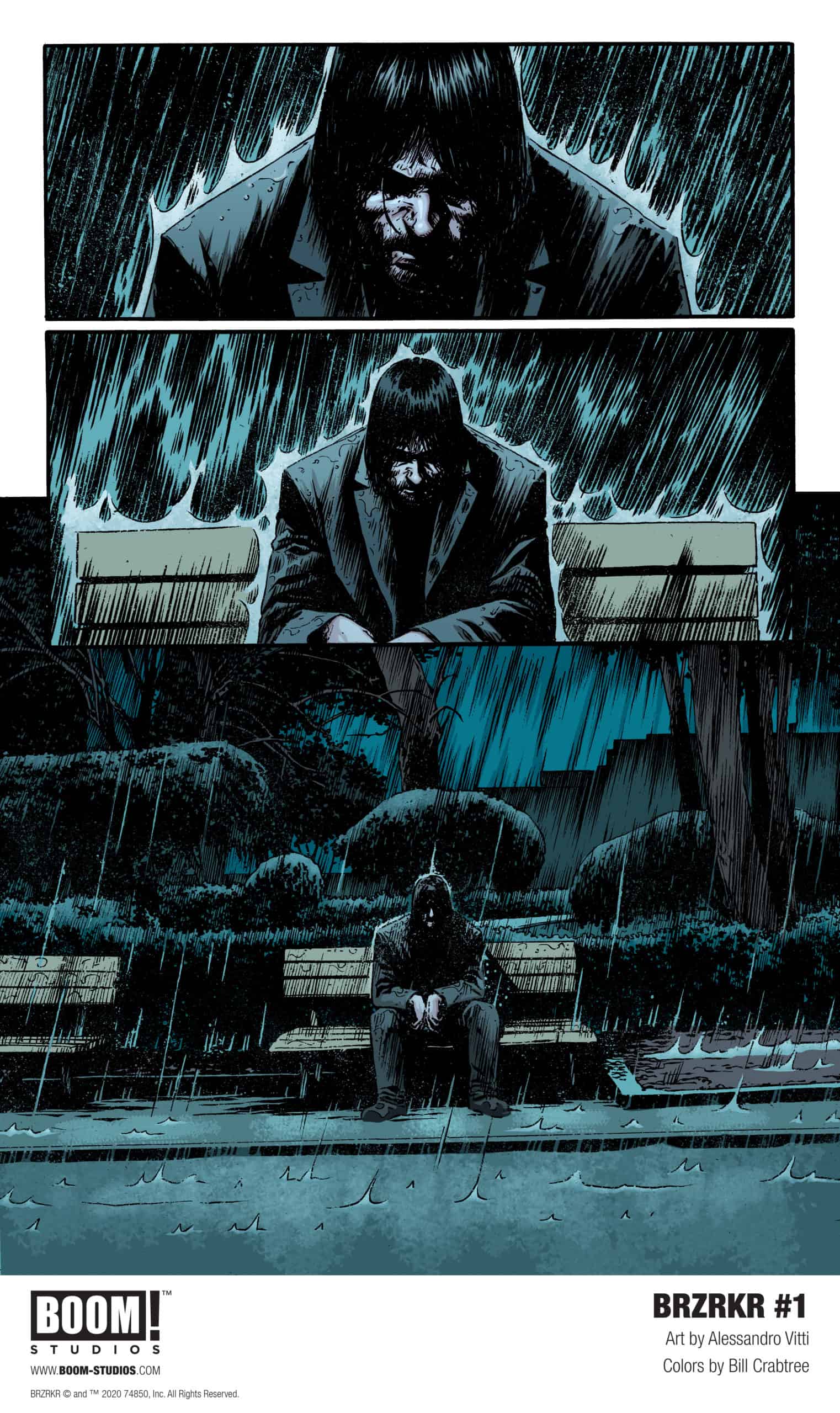 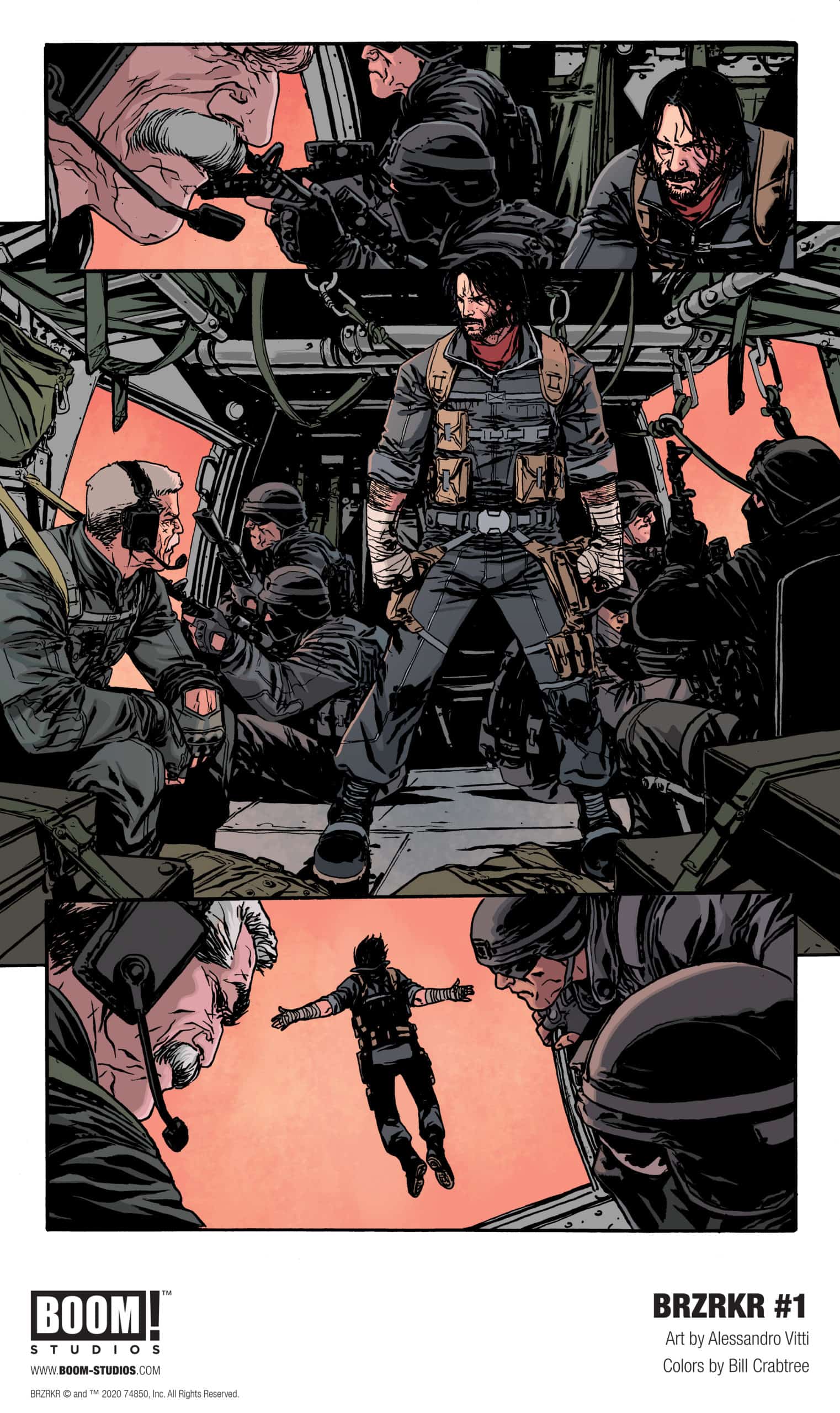 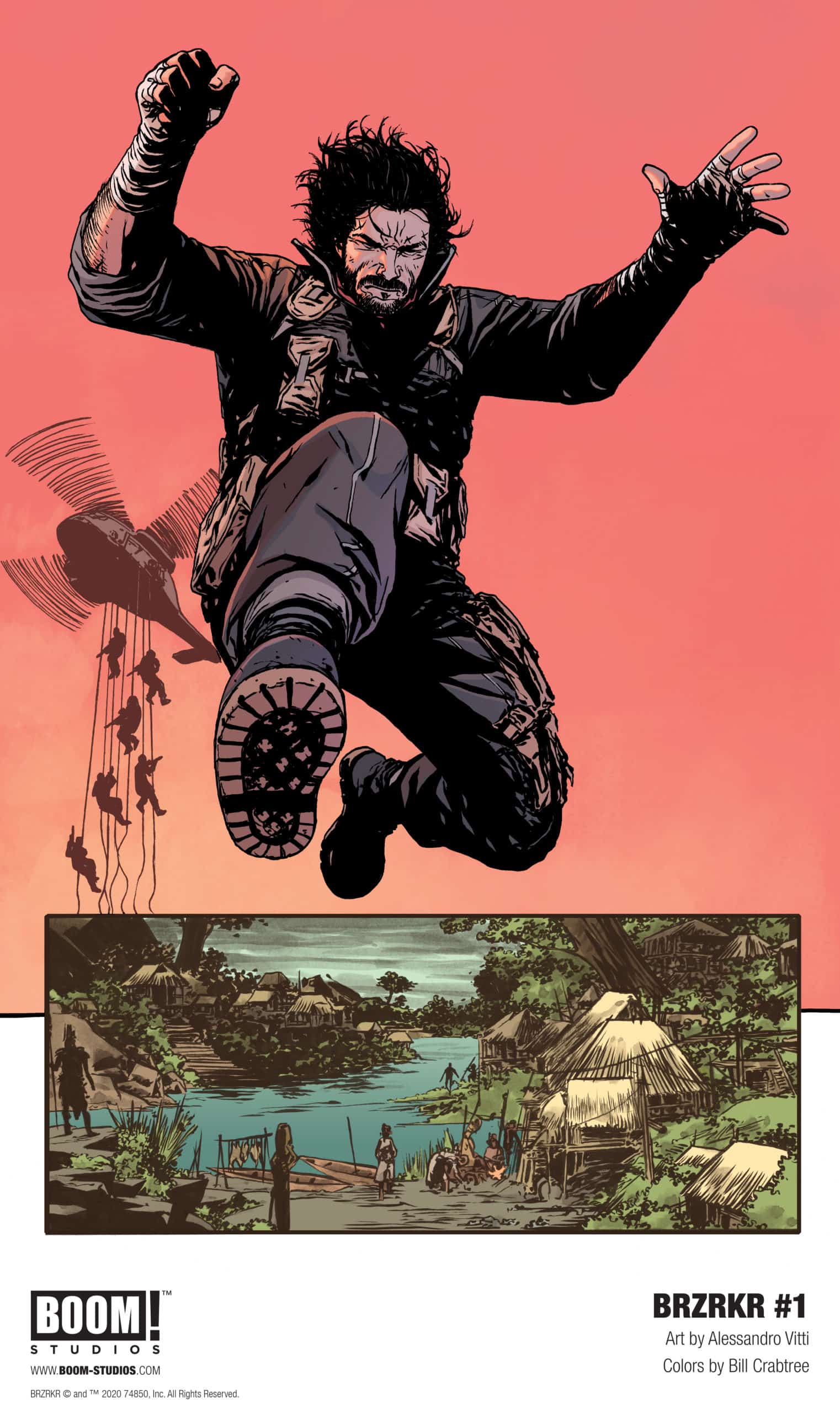 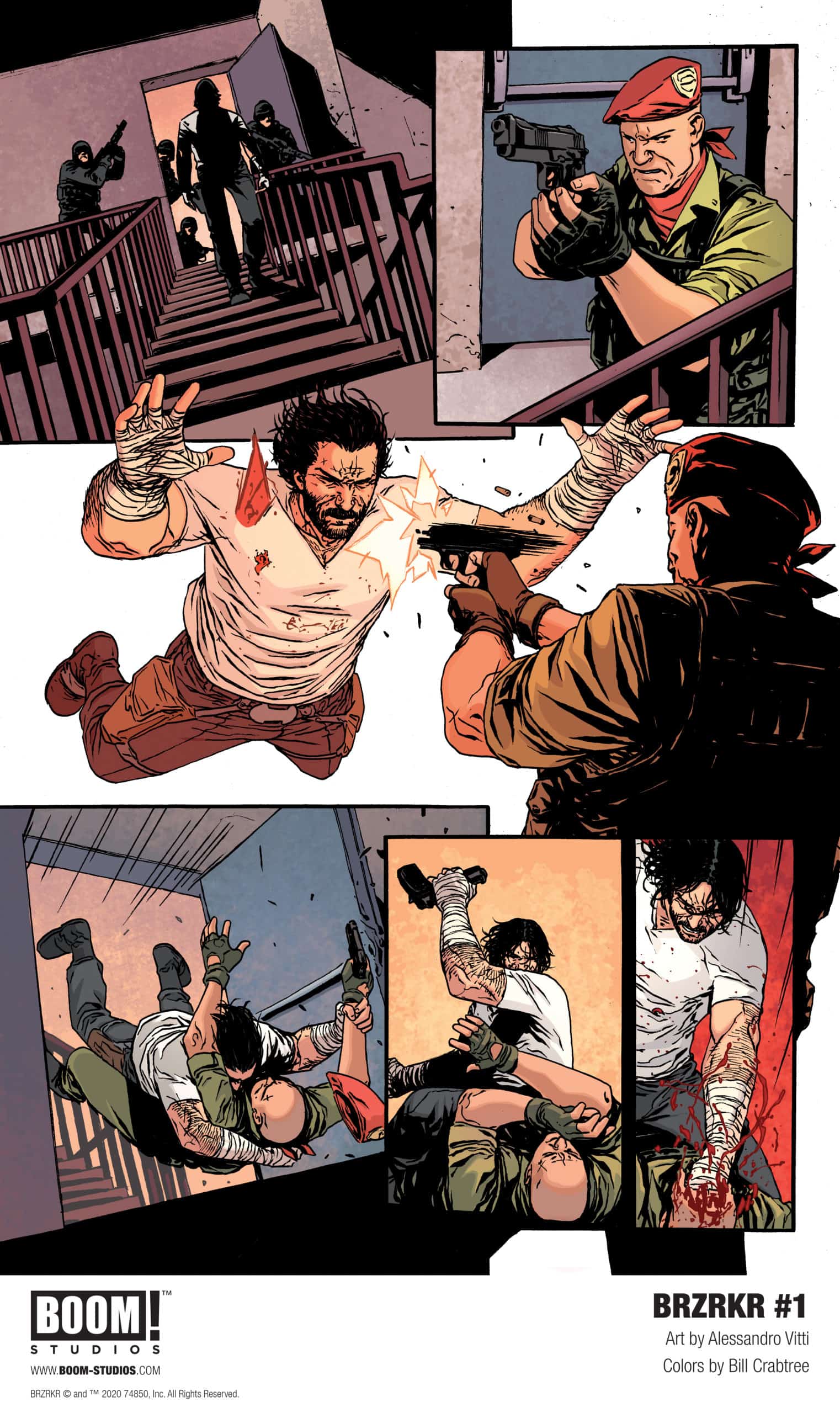 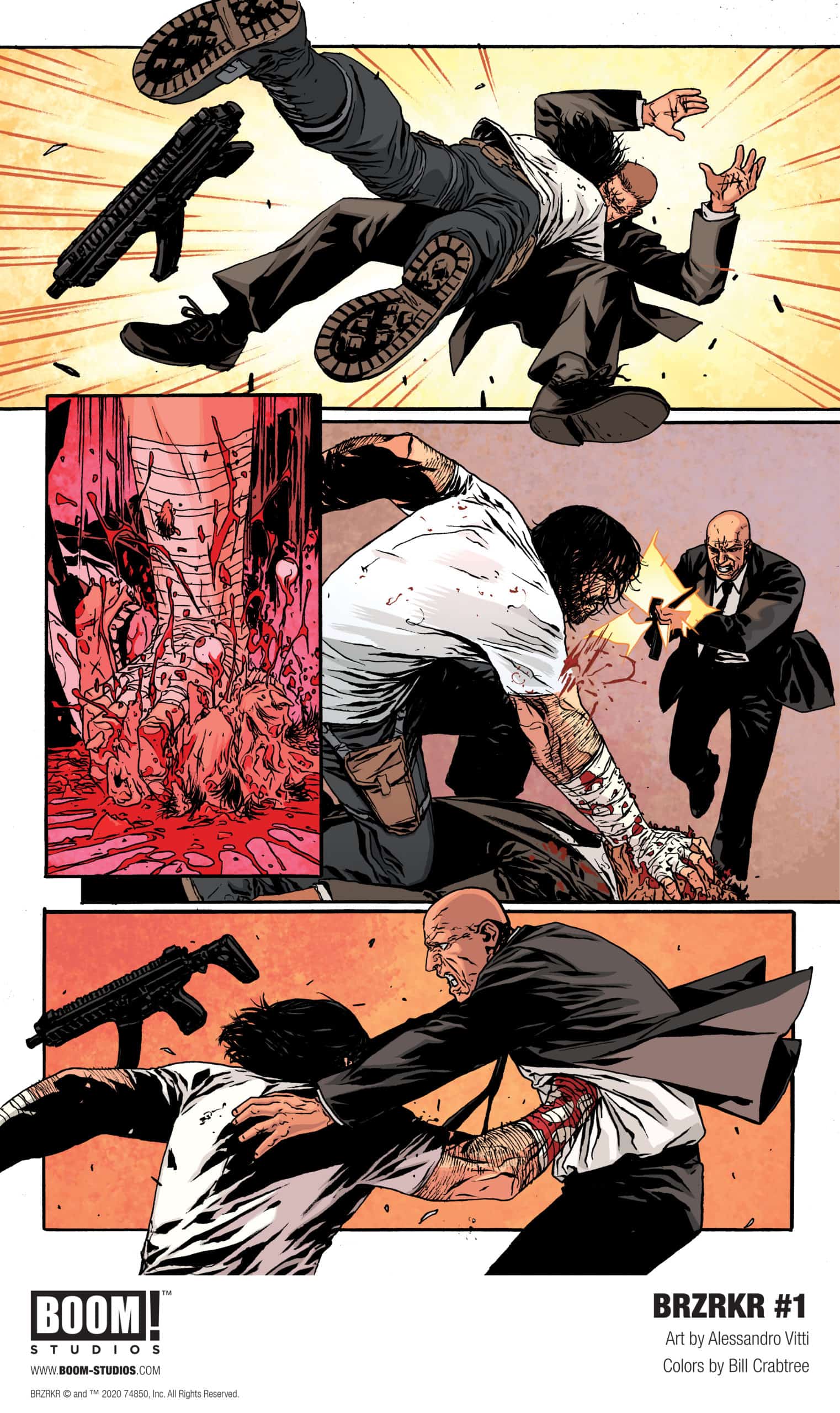