A five-minute prologue for Jurassic World: Dominion, the fourth film in the new franchise, is coming exclusively to IMAX theaters with the release of F9.

"We’ve got a 5 minute prologue to Dominion that is going to play in IMAX theaters in front of Fast9 starting June 25. It’ll be in over 40 countries. Hold on to your butts," posted star Chris Pratt on Instagram.

A new poster has also been released which teases that "it all started here" featuring a mosquito that is collecting the blood of a dinosaur. Recall the first Jurassic Park movie from 1993 used dinosaur DNA collected from a mosquito paired with frog DNA to recreate the genetically engineered dinosaurs.

Deadline notes the preview will be shown in 1:90:1 IMAX aspect ratio and is set 65 million years ago, during the Cretaceous period, when dinosaurs roamed the entire Earth. Infused with Oscar-winner Michael Giacchino’s score, the clip will reveal what Earth looked like long before humans existed and tell the origin story of how dinosaur DNA first came to be carried by a mythic mosquito. Of note, seven new species of dinosaurs, created by Industrial Light & Magic, are making their Jurassic debut.

“As part of our celebration welcoming moviegoers back into theaters this summer, we couldn’t think of a more perfect way to say, ‘thank you’ to the hundreds of millions of Jurassic and Fast fans around the world,” said Jim Orr, President of Domestic Theatrical Distribution for Universal Pictures. “This first look at Jurassic World: Dominion that Colin and his team put together is like nothing you’ve ever seen before. Even better, there’s simply no more perfect place to experience both the Dominion Preview and F9 than on a massive IMAX screen. This really is the ultimate movie-fan experience.”

“Ever since I was a kid, I have wanted to see dinosaurs in their natural habitat,” Trevorrow said. “It may have taken a few decades, but with a little help from ILM, Universal and Amblin, it has finally happened. This Preview is just a glimpse of the film we’ve made. It’s an epic celebration of everything Steven Spielberg and Michael Crichton created, and I can’t wait to share it with the world next summer. This sequence was made to be seen on the biggest screen possible. Luckily, Imax theaters are back, and all over the world we’re returning to theaters because movies bring us closer together,” Trevorrow added. “I think we need that shared experience right now … maybe more than we ever have.”

“At Imax, we’ve missed audiences as much as they’ve missed seeing movies in our theaters, and this is the perfect welcome-home present for everyone who loves movies,” said Megan Colligan, President of Imax Entertainment. “We are always thrilled to show the world’s most spectacular movies on the world’s most spectacular screens, and to help create moments and memories for audiences that last a lifetime. We’re proud to join with Universal, Amblin, and the Jurassic World and F9 filmmakers in offering this unforgettable and unprecedented cinematic experience.” 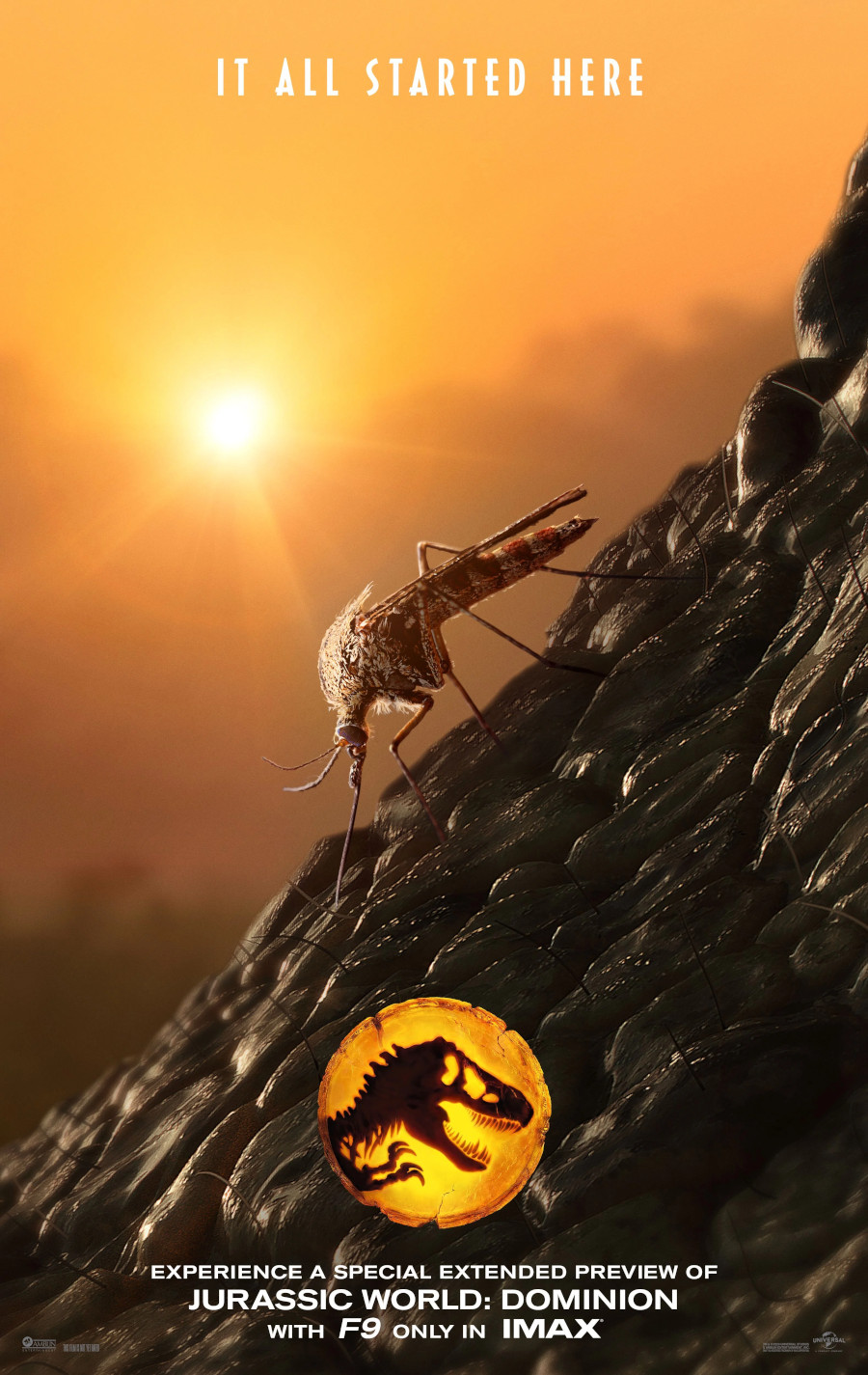