Dwayne Johnson takes to social media to release a new poster for Jumanji: The Next Level which also features Karen Gillan, Kevin Hart and Jack Black.

The poster features the cast looking rather serious and questionably at something possibly headed their way as they are surrounded by Mandrill monkeys.

“Ladies, gents and children of all ages. We’re back. @jumanjimovie The fun you’re gonna have! Love, Dwanta. December, 13th @sevenbucksprod,” The Rock tweeted. 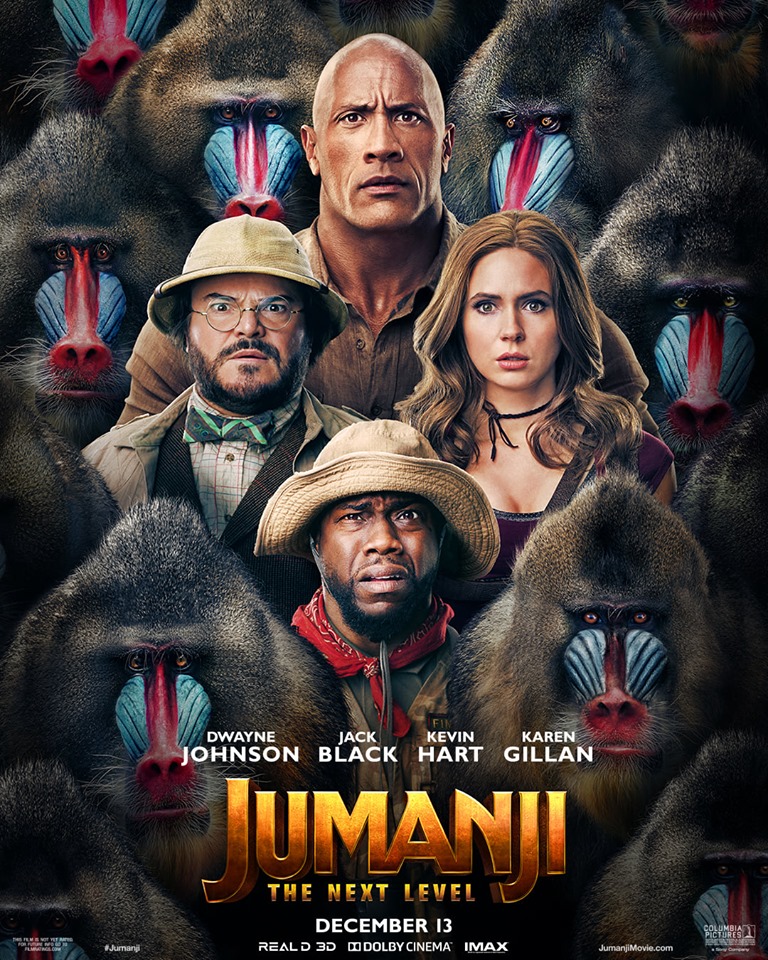 Jumanji: The Next Level synopsis, trailer:

In Jumanji: The Next Level, the gang is back but the game has changed. As they return to Jumanji to rescue one of their own, they discover that nothing is as they expect. The players will have to brave parts unknown and unexplored, from the arid deserts to the snowy mountains, in order to escape the world’s most dangerous game.