John Cena recently appeared on Jimmy Kimmel where he talks about filming James Gunn's The Suicide Squad but stopped short of confirming that he is playing Peacemaker.

Originally, John Cena's fellow WWE Superstar Dave Bautista was rumored for the role, but due to filming Zack Snyder's zombie Netflix movie, Army of the Dead, reportedly Bautista couldn't play the part due to a scheduling conflict, so Cena was brought in to play Peacemaker, with the character described in the movie as: Peacemaker, aka Christopher Smith, an agent of peace whose motives are driven by an extremist form of pacifism that makes him love peace so much he would kill for it.

Check out what Cena has to say below. 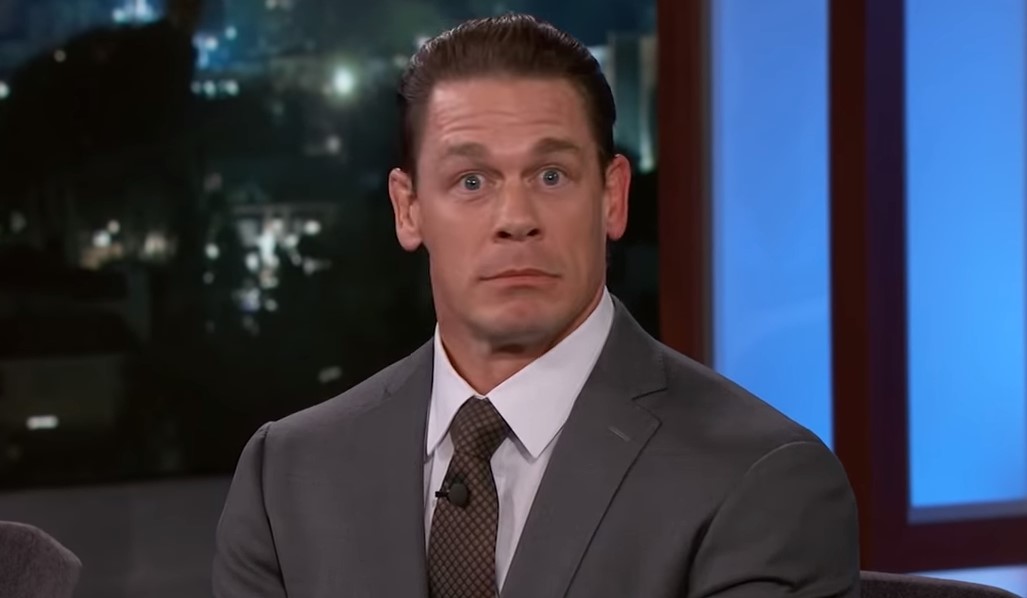 "Now, certainly, these are tremendous opportunities to be a part of a movie like Doolittle and then to be in the upcoming Fast 9, the newest installment of the Fast saga, and then to certainly be filming The Suicide Squad," Cena said. "These are great opportunities that I really want to pursue and I have passion for, so right now I'm doing more acting."

Kimmel remarks that Cena is playing Peacemaker, which sees Cena shy away from confirming.

"I can't confirm or deny it about anything about Suicide Squad," John Cena said. "I can tell you that I am right in the middle of filming it. The DC people are always watching."

"I do believe that the internet has also pronounced me dead on seven or eight occasions," Cena said. "Not everything you see is true."

While John Cena hasn't confirmed if he is playing Peacemaker in The Suicide Squad, the first set pics did reveal Cena along with Idris Elba's unknown character:

Regarding a return to the WWE, John Cena didn't say that it will never happen, but he did say that he is 42 years old and doesn't want to be one of those types who continue to wrestle forever just for the money. However, Cena didn't rule out a return to this year's Wrestlemania, which is taking place where he lives, in Tampa, Florida.