Jason Momoa takes to Instagram to tease involvement in The Witcher by posting fan art of himself along with Henry Cavill who plays Geralt of Rivia, the solitary monster hunter.

The Aquaman actor posted the following fan art as part of his Instagram Story on Thursday where Jason Momoa seemingly joked about the rumor and included his fellow Justice League Superman actor: “Henry Cavill, what’s up homie?”

The rumor offers that Jason Momoa is in line for a lead role in the recently announced prequel, The Witcher: Blood Origin.

It seems likely that Jason Momoa is simply having fun and not confirming the rumor, which judging by all the emojis probably means the rumor isn’t true; however, it would be pretty cool as the lead role in the prequel is the first Witcher (see below).

Momoa is, of course, known for the fantasy genre as he played the infamous Khal Drogo in HBO’s Game of Thrones, which is probably where the rumor got its spark. 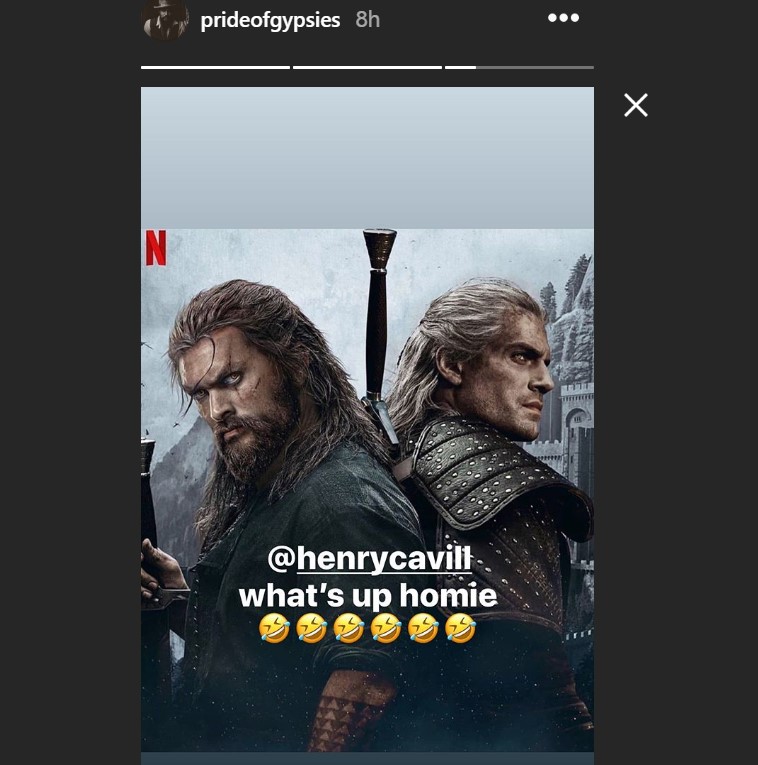 The Witcher: Blood Origin is a prequel series

Netflix recently announced the prequel The Witcher: Blood Origin series will be a six-part limited series described as:

Set in an elven world 1200 years before the world of The Witcher, Blood Origin will tell a story lost to time – the origin of the very first Witcher, and the events that lead to the pivotal “conjunction of the spheres,” when the worlds of monsters, men, and elves merged to become one.

Henry Cavill is currently filming Season 2 of The Witcher which will air on Netflix.

Jason Momoa and Henry Cavill will also be seen together as part of the Snyder Cut of Justice League which gets released next year on HBO Max, and Momoa will also return for Aquaman 2 and will be featured in December’s Dune.