A poster for James Gunn’s Brightburn movie has been released offering a full look at the evil costume of the sinister child from another planet who lands on Earth, but instead of becoming a hero becomes something else entirely.

James Gunn produces the movie which he created with his brothers. Also, check out the latest trailer below, which looks pretty wild.

Synopsis: What if a child from another world crash-landed on Earth, but instead of becoming a hero to mankind, he proved to be something far more sinister? With Brightburn, the visionary filmmaker of Guardians of the Galaxy and Slither presents a startling, subversive take on a radical new genre: superhero horror. 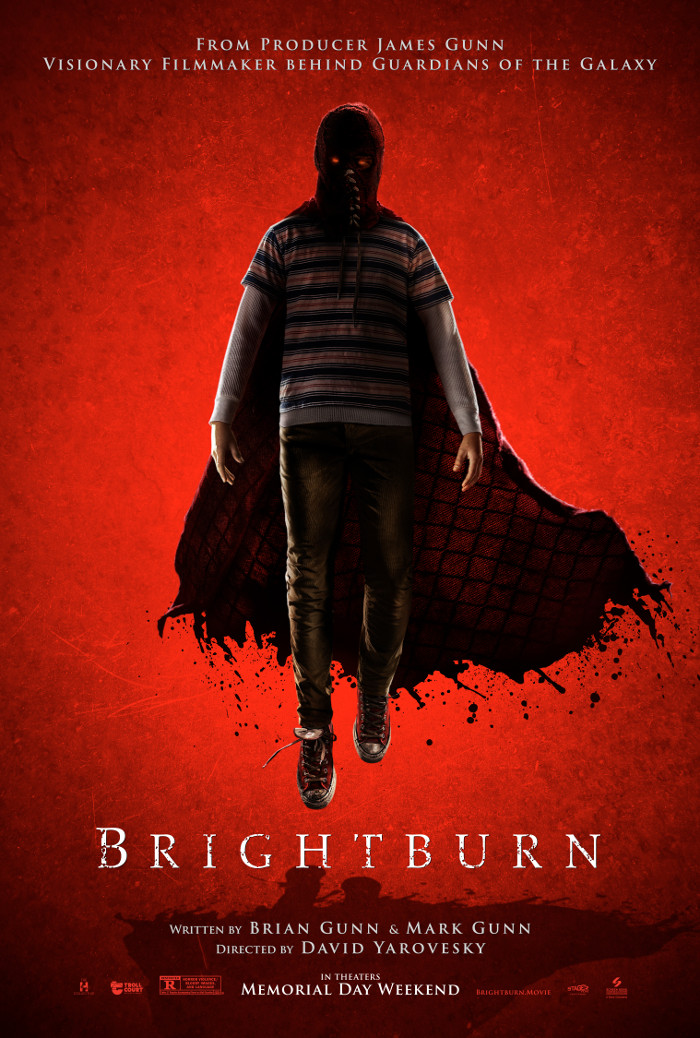