Our latest poll on the Cosmic Book News Facebook page has DC’s Henry Cavill Superman hammering the Chris Hemsworth Thor from the MCU.

We asked our fans who would win between the pair of comic book heavyweights, with nearly 4000 fans voting in the poll who overwhelmingly are in favor of the Henry Cavill Superman coming out on top in a battle, as 58% of the vote went to the Man of Steel to Chris Hemsworth’s Thor receiving 42%.

The battle would actually be a pretty good one as Superman is susceptible to magic, so Thor’s lightning and hammer could hurt Superman; however, since The Avengers: Endgame, Thor has put on a few pounds so Superman would probably be able to take the Son of Asgard.

Check out fan reactions below. 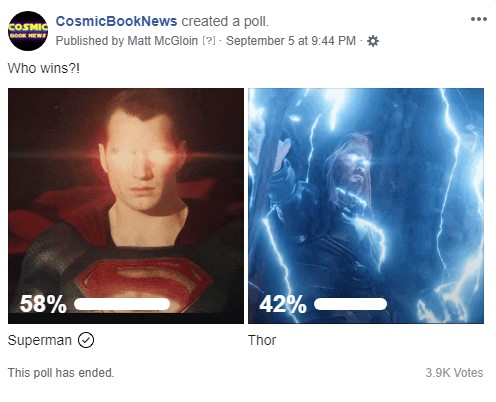 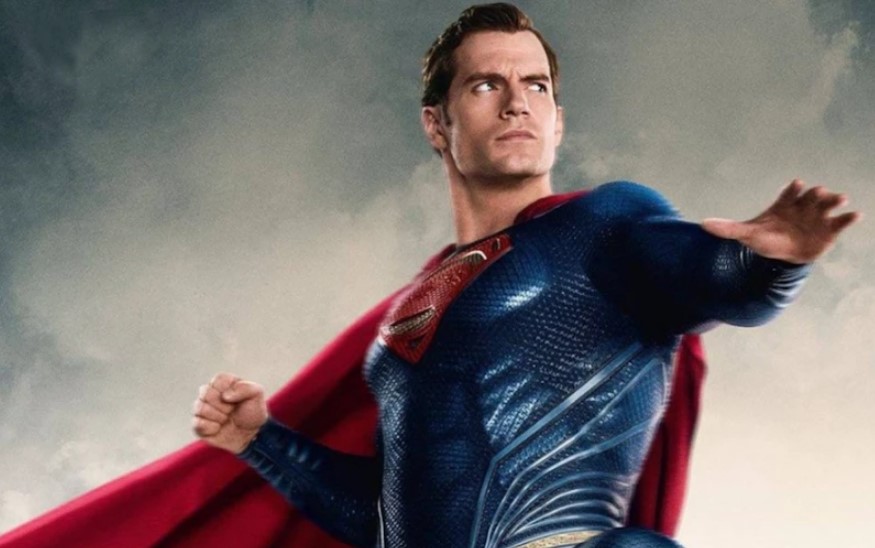 Fans choose the Henry Cavill Superman from the DCEU

With Superman at least as strong as Thor and having super-speed akin to the Flash, Supes wins every time. It would seem to him as if Thor were motionless. – Jeffrey Dykes

Superman stomps. Thor doesn’t have the speed to keep up with Superman. Thor winds up to throw his hammers & Superman beats him before he lets go of the hammer. Also love when they show movie versions & everyone uses comic feats. – Shaun Dove

Superman is an alien godlike character, he beat all his magical & kryptonite opponents – Ridauro Torres

Pretty sure Supes panned Thor in the crossover. – Raven Risoliére 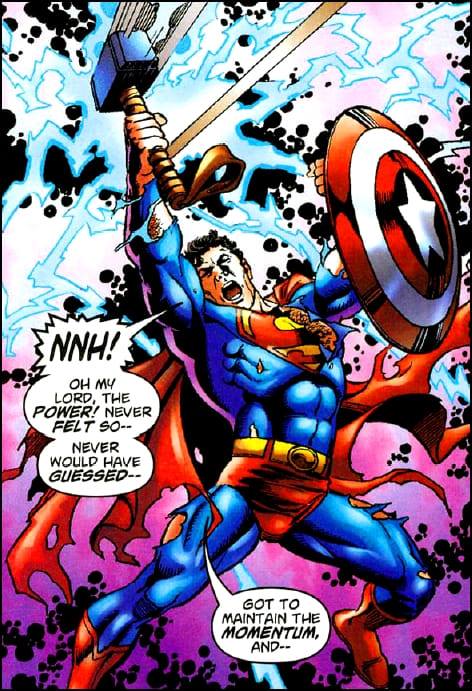 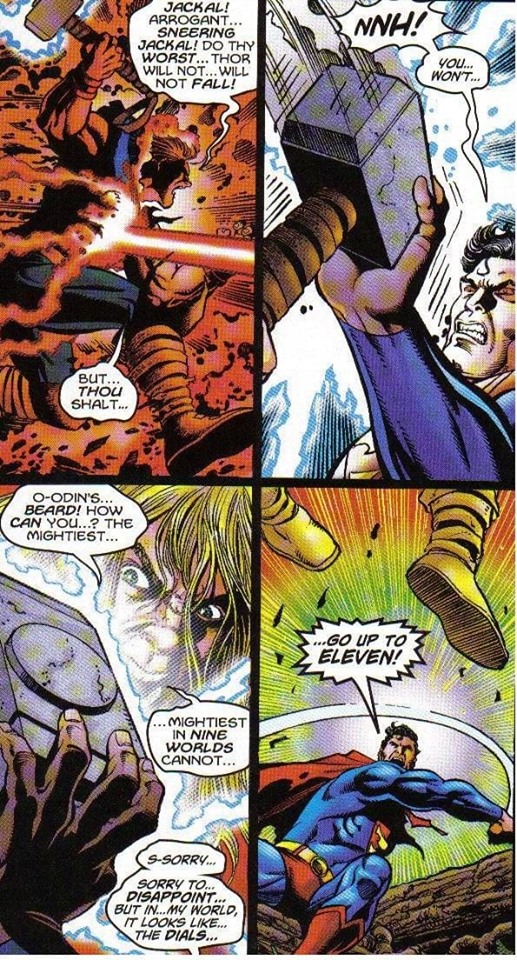 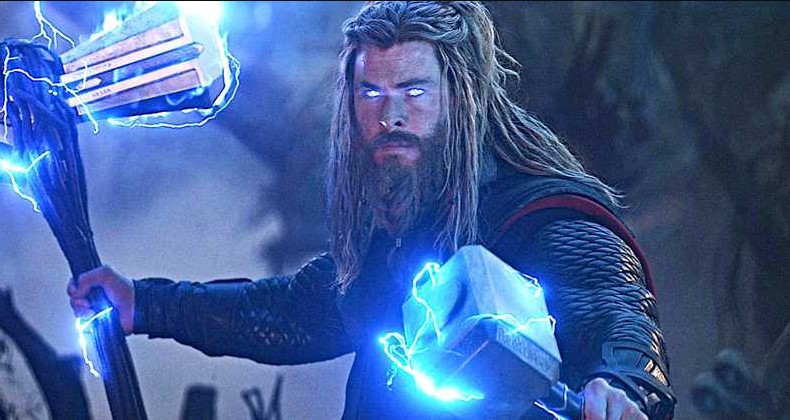 Fans side with the Chris Hemsworth Thor from the MCU

Thor has magic and similar feats of strength. I think he has a bit of an edge. – Daevon Walker-Jones

Let’s be honest everybody saying supes is faster yes, yes he is but come on LOL you think super would actually think to use his speed or out muscle Thor which will be his downfall due Thor is an actual warrior and highly trained in fighting. – Arsenio Williams

If Thor can keep up he takes it pretty easy, literally one Stormbreaker strike would cleave Superman in half. They rarely give Thor any scenes to show off his speed though, i could probably name them all lol, he danced around Hulk who beat up with Abomination who caught a rocket no problem, he threw Mjolnir at Quicksilver for him to catch it without any trouble tracking his movement, he dodged and blocked blasts from the Aether (these blasts had Mach cones around them), beams from the Destroyer and Surtur, and he kept up with Hela and blocked her fast ass throwing knives point blank. Mjolnir itself is pretty fast too. I’d say Thor at least has a shot at keeping up just enough to keep it interesting. All that being said, it’s the my slower fat Thor in the picture, also weaker. I know the Russo’s said he’s stronger, but they meant mentally, confidence and whatnot – Brian Dieringer