In addition to Friends, WarnerMedia announces its upcoming HBO Max streaming service has landed the rights to all of the episodes of The Big Bang Theory.

Details also include that TBS will air past episodes through 2028.

Kaley Cuoco is also providing the voice of Harley Quinn in the DC Universe animated series.

Further details for HBO Max include the streaming service will feature past episodes of The Fresh Prince of Bel Air and Pretty Little Liars, past seasons of The CW’s DC shows such as Batwoman, new exclusive movie production deals with Greg Berlanti, original content such as the Dune: The Sisterhood series and the Gremlin animated series, and J.J. Abrams will be creating new content.

HBO Max launches next year with prices to be announced. 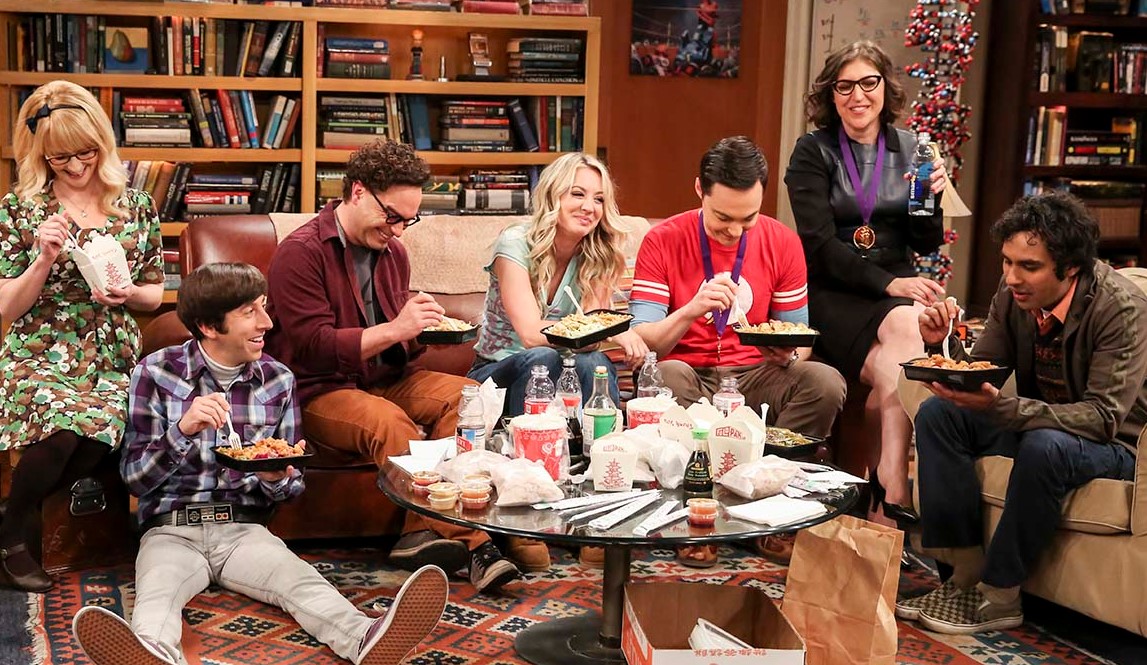 BURBANK, CA – September 17, 2019 – HBO Max, the upcoming streaming platform from WarnerMedia set to launch in the spring of 2020, has secured the first-ever U.S. streaming rights to all 12 seasons of the massive comedy hit, The Big Bang Theory. All 279 episodes will be available on HBO Max when it launches in spring of 2020. In addition, TBS has extended its agreement to continue airing the show through 2028.

“Few shows define a generation and capture mainstream zeitgeist like The Big Bang Theory,” said Robert Greenblatt, Chairman, WarnerMedia Entertainment and Direct-To-Consumer. ”We’re thrilled that HBO Max will be the exclusive streaming home for this comedy juggernaut when we launch in the spring of 2020. This show has been a hit virtually around the globe, it’s one of the biggest shows on broadcast television of the last decade, and the fact that we get to bring it to a streaming platform for the first time in the U.S. is a coup for our new offering.”

“I am forever grateful to have been part of something as extraordinary as The Big Bang Theory,” says co-creator/executive producer Chuck Lorre. “All of us, — Bill Prady, Steven Molaro, Steve Holland, and the amazing writing staff, cast and crew, recognize that 12 seasons of laughter is a gift to be cherished. And now we are extremely excited that TBBT will be joining the HBO Max lineup and be available to both existing and future fans of the show. Laughter has legs!”

“It’s not every day you get to extend the run of a cultural phenomenon that reaches nearly 35 million viewers on TBS alone every month,” said Kevin Reilly, Chief Content Officer, HBO Max and President, TBS, TNT and truTV. “Through HBO Max and TBS, fans will have access to this beloved comedy for generations to come.”

The Big Bang Theory, created by Chuck Lorre and Bill Prady, premiered on CBS in September 2007. Two hundred and seventy-nine episodes later, the longest running multi-camera comedy series in U.S. TV history ended its 12-season run as the year’s most viewed entertainment series, the first show to be able to make that claim in 21 years. The series received 55 Emmy® nominations and 10 wins, and seven Golden Globe® nominations.

During the historic final season, the cast received one of the most prestigious honors in entertainment when they left their handprints in cement at the TCL Chinese Theatre in Hollywood. Additionally, costumes from The Big Bang Theory were donated to the Smithsonian’s National Museum of American History.

In addition to centering many of its episodes in the worlds of science and technology, The Big Bang Theory enjoyed a healthy appreciation and support from the scientific community at large, including having a bee species (Euglossa bazinga), a jellyfish species (Bazinga Rieki) and a monkey at the Columbus Zoo (Dr. Sheldon Cooper) named in the show’s honor.

In 2015, The Chuck Lorre Family Foundation announced The Big Bang Theory Scholarship to support undergraduate students at UCLA in need of financial aid who are pursuing their higher education in the fields of Science, Technology, Engineering and Mathematics (STEM).