Fans hate Star Trek Picard, the new series which sees Patrick Stewart back as Jean-Luc Picard, that recently made its debut on the CBS All Access streaming network.

The first batch of reviews are in over at Rotten Tomatoes, which are mostly positive as critics give the series a 92% “Fresh” score with 38 reviews counted, and fans have given the first episode a 78% positive rating for the Audience Score with 96 reviews counted.

However, the hardcore fans of the series are not happy at all, as it takes a drastically different approach than the fan-favorite Star Trek: The Next Generation series which first introduced Patrick Stewart who himself recently said the new series is not like the original ST: TNG.

Stewart expanded upon the differences between the two shows:

“In a way, the world of ‘Next Generation’ had been too perfect and too protected,” he says. “It was the Enterprise. It was a safe world of respect and communication and care and, sometimes, fun.” In “Picard,” the Federation — a union of planets bonded by shared democratic values — has taken an isolationist turn. The new show, Stewart says, “was me responding to the world of Brexit and Trump and feeling, ‘Why hasn’t the Federation changed? Why hasn’t Starfleet changed?’ Maybe they’re not as reliable and trustworthy as we all thought.” 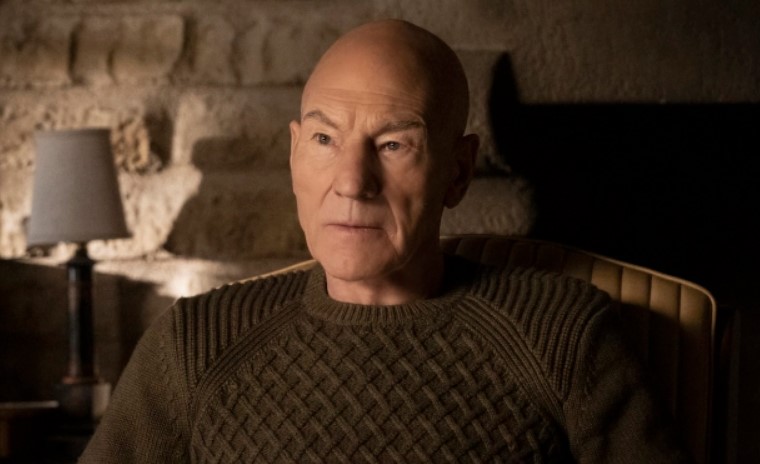 Regarding what fans think, over at Rotten Tomatoes more than a few offered the following and compared the series to the less than fan-favorite Star Trek: Discovery:

“Sadly I was hyped for this and got disappointed again like with Star Trek Discovery… Picard is nothing like the TNG Version. The storyline is pretty much garbage and nothing of Star Trek is in here again… No good future for humanity, no positivity, just dumbed down show that carries a name it isn’t worth…” said a fan.

“This is not Star trek. It feels like a watered-down simulation,” remarked another.

“Another Mary Sue story named after the character that offends the cast the most,” added another fan.

“This isn’t Star Trek, and the writing is really bad; too much being attempted at once (feels rushed and packed), stupidly implausible,” another said.

“Not for me. Nothing about it feels like Star Trek. If this was let’s say another science fiction show I might be more interested but this is not what I am looking for in a Star Trek series. There is no [deep] philosophical element to the first episode, I don’t like the darker tone, I was rolling my eyes during the dumb action scenes, and the pacing is totally off. I will give it another episode but if it isn’t any better I will not be watching the rest of the series,” reviewed another fan.

“Worse than Discovery, Kurtzman’s goal to destroy Star Trek is complete,” said another.

“The future isn’t what it used to be,” commented a fan.

“If you’re expecting to watch a Star Trek show, look elsewhere. The Picard premiere was full of lazy writing and tired tropes. Picard has continued the trend of gutting the very heart of what Star Trek is…or was,” said another fan not happy with the new series. 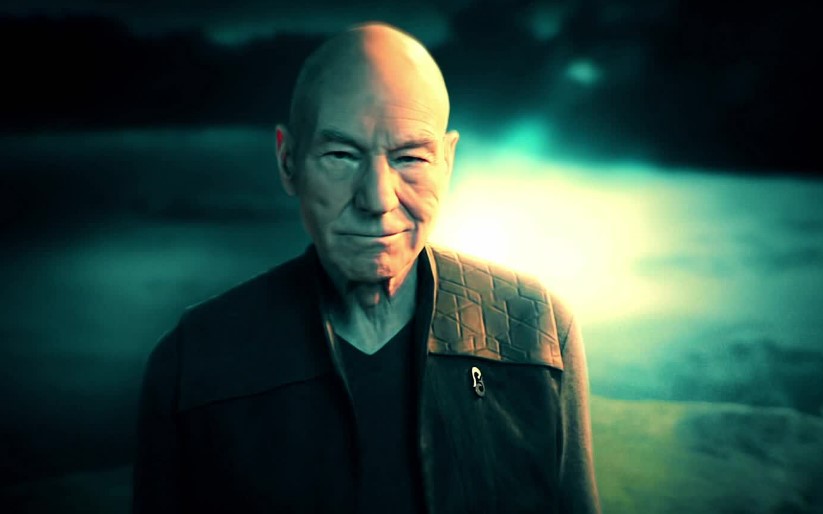 A couple of fans went into spoilers for the Star Trek Picard premiere episode:

Well there is so much that takes you out of suspending disbelief. And then Pickard just has the right dreams to move the plot forward. Is he a mystic? Really lazy writing. Spoilers for episode 1 that make me go WTF?: A shipyard that builds 10,000 – TEN THOUSAND (!) – container ships for Romulan evacuation destroyed all-in-one-go by the synthetics revolution on Mars. Building all 10,000(!) in parallel! Absurd. The Romulan Empire could not have done the same and they have their own ships anyway? Starfleet just gives up after this, hence Pickard resigns? Dash switches on and is suddenly a perfect fighter/killer, a super hacker and leaps a super hero 30 feet. She tells Pickard everything and he just accepts her instantly? You can create a Data positronic brain by using some “fractal duplication” from a single “cell” of said brain !!!??? This is garbage. Good actors, music and sets save it from 1 or 0.5.

just a small fraction of all the unbelievably DUMB things in this first episode that make this series another insult to any real STAR TREK fan with a brain: 1) Dahj was cloned from one positron from Data. one positron. that is freaking ridiculous. according to Memory Alpha, “A positron is a subatomic particle, and is an antiparticle of the electron”. so it’s insultingly dumb writing to say that Data’s “essence” was in one subatomic particle. lol 2) Dahj is a positronic brain in a human body, but for some dumb reason she has superhuman strength like an android. lol 3) Romulans apparently have deadly acid blood now that kills a human with a positronic brain. lol 4) the Romulans beam in their troops to try to capture Dahj, when they could simply beam her out instead, using the same transporter they’re using to beam their own troops in. wherever they were planning to take her, they could beam her there. or beam her into a holding cell. or beam her into space or a kilometer in the air, if they’re trying to kill her. but no, they beam down their troops instead, knowing that if she “activates” she will be incredibly dangerous to them. lol 5) they say Data was unique and no other synthetic was like him, forgetting about Lore, forgetting about Lal (Data’s actual daughter from real STAR TREK), and forgetting about B4. lol this crap is not STAR TREK. it’s an insult to anyone’s intelligence (anyone who has any, that is). it’s worse than fan fiction because it wasn’t made by fans. fans would care about these things, fans wouldn’t make mistakes like that. it’s an insult to every real fan who has more than 2 brain cells. but apparently a lot of people don’t care about logic or adherence to canon or any of those things. sad.