Hailee Steinfeld teases she has been cast as Kate Bishop for the Hawkeye Marvel series coming to Disney Plus as filming looks to begin in New York along with Avengers star Jeremy Renner.

Hailee Steinfeld, who turns 24-years-old on Dec. 11, posted a Sagittarius meme on Instagram where the pic includes a girl with a purple headband (Kate Bishop wears a purple headband), and Steinfeld also included a bow and arrow emoji in the post. 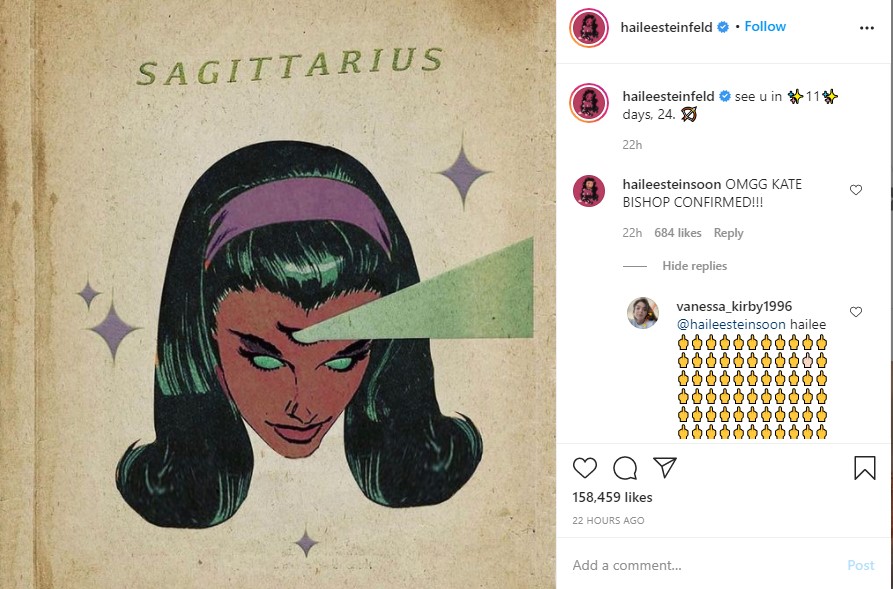 However, the most convincing evidence that Hailee Steinfeld has been cast for Hawkeye comes from the directors of the series who managed to comment on the Instagram post with purple heart emojis.

It was unclear if Hailee Steinfeld actually got the role, but now it looks to be a done deal.

Regarding filming, notices have been posted in New York City revealing filming on “Anchor Point” will start on Wednesday.

“Anchor Points” happens to be the name of the Hawkeye: Kate Bishop trade paperback from Marvel Comics, so “Anchor Point” looks to be the working title for the Disney Plus series.

Jeremy Renner also teased he is in NYC as he posted on his Instagram story: “You know how I feel.”

The Hawkeye directors also confirmed they landed in NYC. 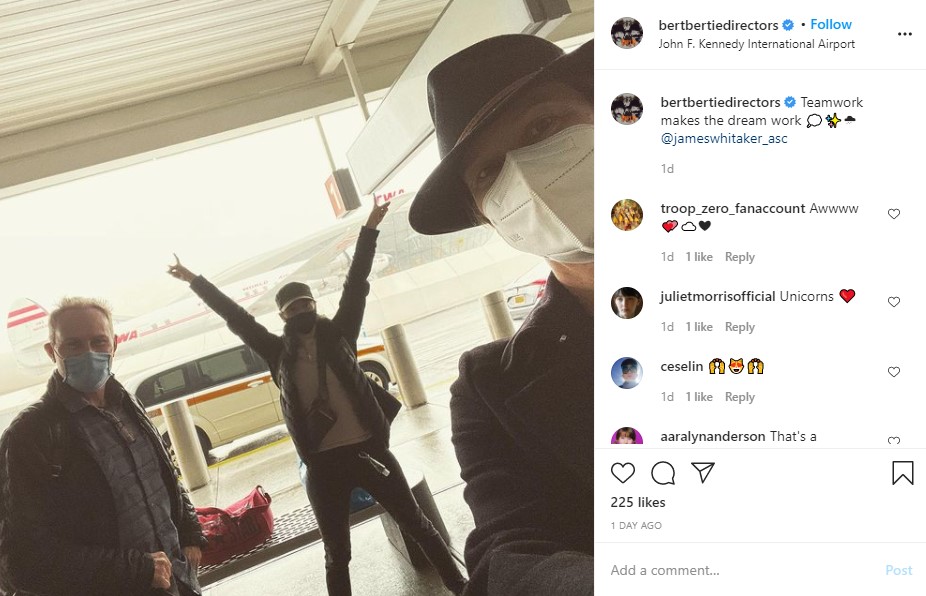