It gets better and better for the upcoming politically correct DC Comics event, “Future State,” as it’s become known the writer of the new Green Lantern series, Geoff Thorne, hates Hal Jordan and at the same time attempted to minimize the stellar work of Geoff Johns.

Today at the CCXP, DC Comics announced that Geoff Thorne and artist Tom Raney will be tackling a new Green Lantern title in March, which follows the two “Future State” issues in January and February.

The official info for the comic offers it’s, of course, all about John Stewart, with no mention of Hal Jordan:

Assigned to map and contact new lifeforms past the 3,600 known sectors of space protected by the Green Lantern Corps, John Stewart and an elite team of Lanterns are trapped behind enemy lines and fighting for their lives when the Central Power Battery goes dark and leaves the entire corps defenseless” and then “Outnumbered but never outwitted or outfought, John Stewart leads the last of the Green Lanterns against insurmountable odds. Facing a bloodthirsty Khund cult dedicated to the “God in Red,” the onetime Green Lantern shows that even without a ring or the Corps to back him up, he’s still a force to be reckoned with!”

Regarding what Geoff Thorne had to say about Johns and Hal Jordan, Thorne, who is a Hollywood actor, writer, and producer (of course), tweeted the following back in 2017 and 2019.

“I’m saying it was the result of his personal fanboyism & comic book success should never obviate the greater reach/success of the TV series,” replied Thorne to a fan who questioned if he is saying that Geoff Johns’ run on Green Lantern wasn’t a success.

Recently saw Thorne called out by fans on the CBR message boards for his comments, but Thorne claims he can keep a cool head and won’t be biased at all (sure):

This is Rumor Control. Here are the Facts.

There is a MASSIVE difference between speaking as a fan to other fans and working as a professional writer in a professional context.
I do not take jobs to “shit on fans.”
I do not have vendettas against fictional characters.
I’m not allowed to say what the focus of the book will be for legal and ethical reasons but I can assure you, unequivocally, when and if Hal appears, he will be the Hal Jordan that has been established and will behave the way DC Comics would like him to be portrayed. I do not diminish one character in order to elevate another and, in fact, if we’re going through my tweets, you’d find several saying how much I hate when that is done. It’s an example of poor writing.
When I’m a fan, I speak as a fan. When I sit down to write, that stops.
I do not subscribe to the tribalism and angry fist-shaking that seems to be the rule with many current fans. EVERY Lantern has fans who think they should be THE Lantern. Neither I nor DC comics have any intention of shitting on them.
I have between 30 and 50 thousand comics, dating back to the 1940s. I love comics. LOVE.
I’m here to tell great stories, as is the rest of this team. We are excited as HELL about what’s coming.
For a lot of you I’m an unknown commodity but, being unknown, you shouldn’t automatically expect trouble any more than you should automatically expect greatness.
We have an epic yarn to tell with a LOT of great things coming that haven’t even been hinted at, much less announced.
Creators sign NDAs, meaning we are actually not allowed to refute rumors and fear-mongering with specific facts. Meaning, until the books actually drop, people who don’t know what they’re talking about get to dominate the field.
Here is a fact: Only about five people on this planet know what’s coming and none of them are in the fan press. None.

What will happen:
I will tell the story I came to tell.
Epic stories. Amazing art. Life and death. New faces. Old faces. New species. Old species and I hope, a lot of SciFi fun.
Anyone who thinks I have any intention of shitting on Hal Jordan can sit down and be still. Because that is a straight-up lie. 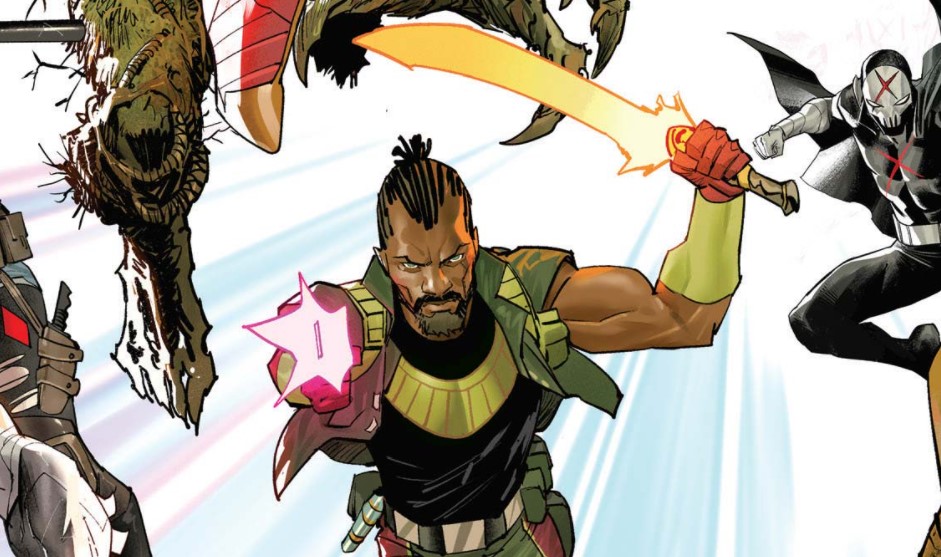 DC Comics also released the following art for the new Geoff Thorne Green Lantern comics, where it has been confirmed by a free giveaway from DC Comics that the character on the right is the new version of John Stewart.

The Green Lantern fan site The Blog Of Oa also doesn’t seem too happy with Green Lantern Future State and questions if Geoff Thorne is the right man for the job.

“My own opinion is that Thorne is clearly personally biased and I strongly disagree with everything he says regarding Green Lantern,” says Myron Rumsey. 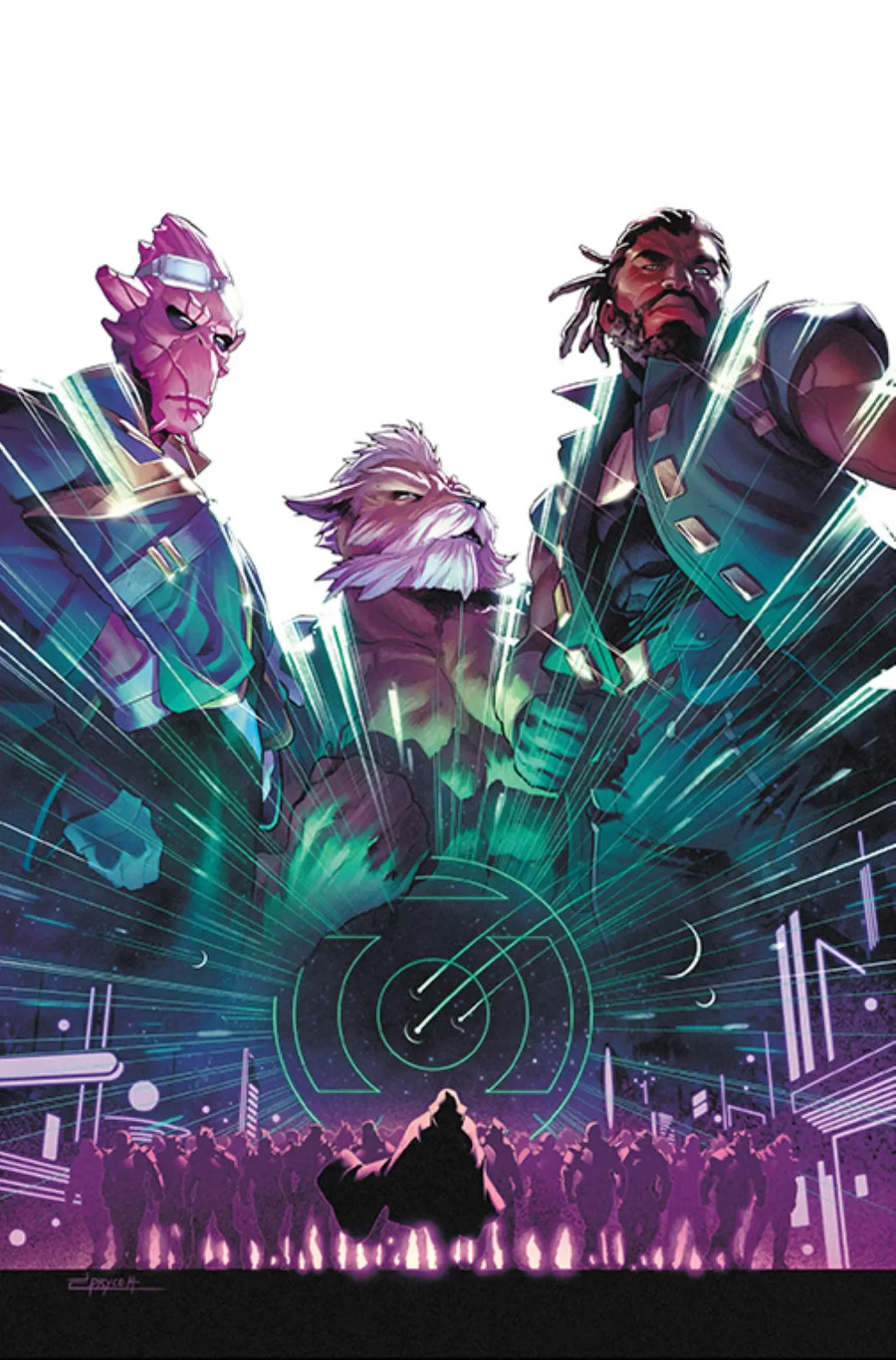 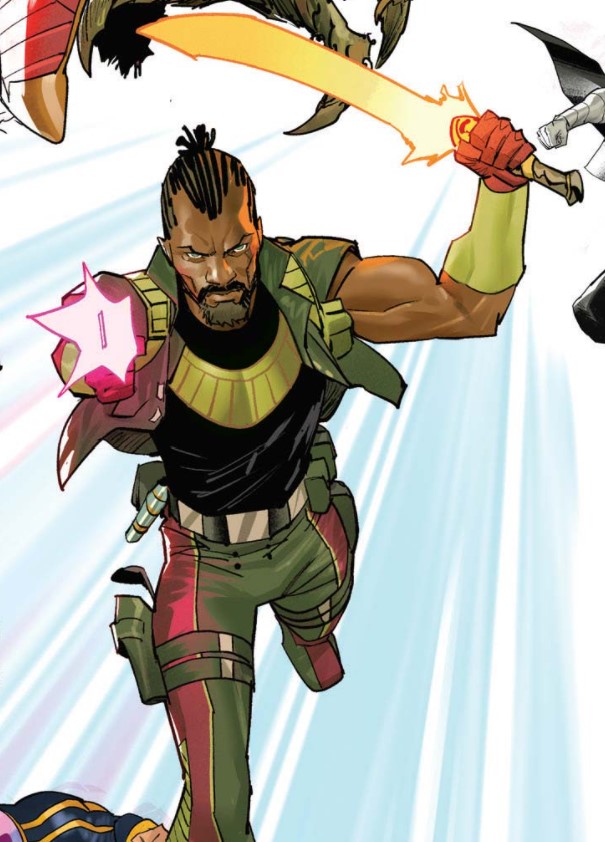