Starlin recently kickstarted Dreadstar Returns, an original comic book and character he first created in 1982 as part of Epic Comics, an imprint of Marvel Comics, which managed to bring in over $135k, published by Ominous Press out of the Buffalo, NY area, a small publishing company that has Sean HusVar listed as CEO, Bart Sears as CCO, Ron Marz as EIC, Andy Smith as Art Director, Jay Penn as Creative Assistant, and Keith Champagne as Project Manager.

I received my copy this week, and low and behold, the story opens with Dreadstar killing and decapitating "King Plundo Tram," which of course is an amalgam for Donald Trump, and Mike Pence is there as "Count Cepen."

Starlin actually included the "Trump" story as a preview on Kickstarter (I don't think the preview was there from the beginning) where Dreadstar even references The Apprentice by screaming at Trump, "You're fired!"

Check out the screenshots below.

Dreadstar also tells Plundo Tram, "You over-tax your poor. Persecute your minorities. Molest women and children. Fail to properly educate your populace. Imprison or kill your political opponents... Lie pathologically. Continuously suppress your fourth estate. Terrorize your neighboring planets and pretty are pretty much just an asshole in general. So I'm here to replace you with a sane leader and institute a new and fairer governing system. Linked to and supervised by the Willow Consortium."

Dreadstar then proceeds to pull out his magic Sword of Power and decapitate and kill Plundo Tram.

Regarding the coronavirus reference, "Donald Trump" and "Mike Pence" have a conversation about a "bothersome plague" that has infected 80% of a planet's population with a mortality rate of 25% where Plundo Tram says, "Perhaps we should have sent more medical assistance."

While I knew Jim Starlin was no fan of Donald Trump, as Starlin oddly compares Trump to Thanos, the Marvel villain featured in The Avengers: Infinity War and The Avengers: Endgame who actually has more in common with liberal politics in regards to saving the environment and population control, I was surprised and disappointed to see Starlin include - and kill off - President Trump in the opening pages of Dreadstar Returns. 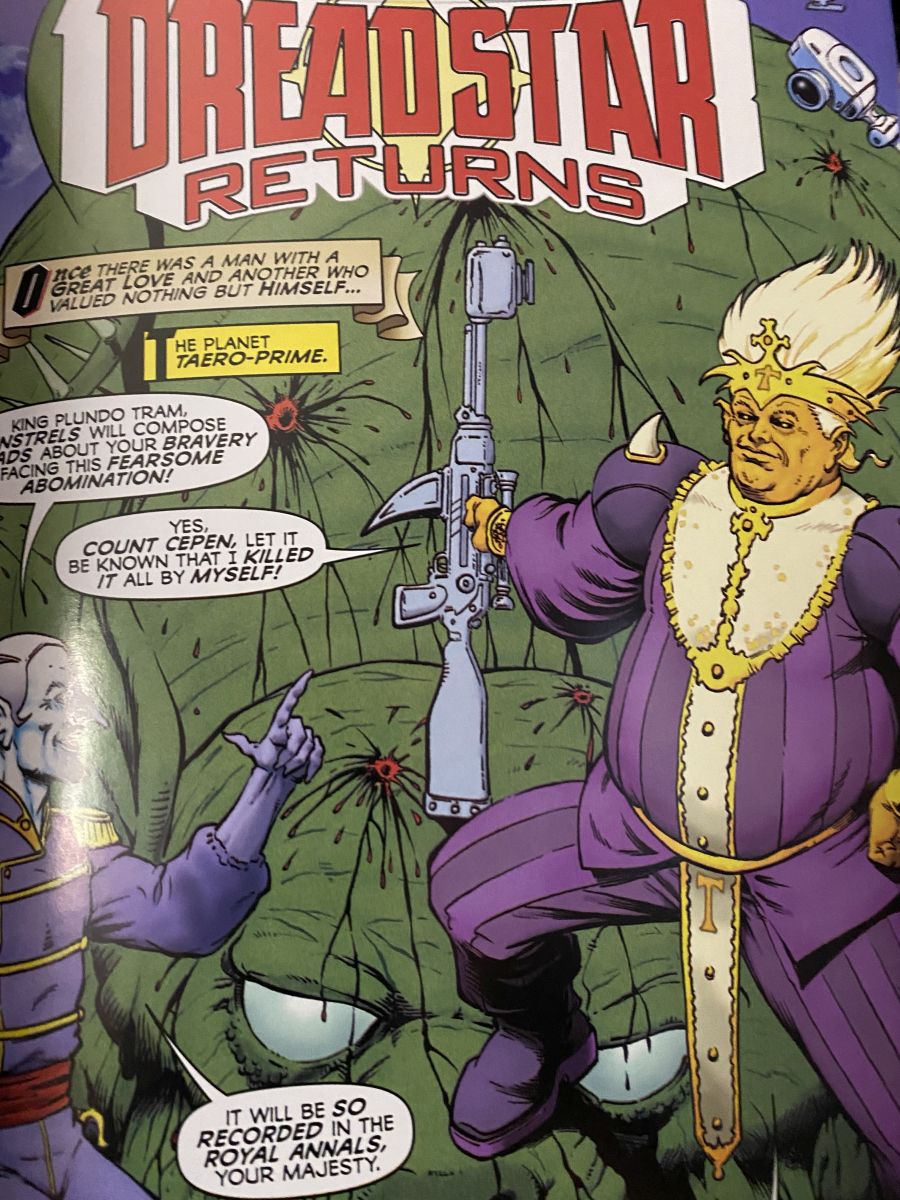 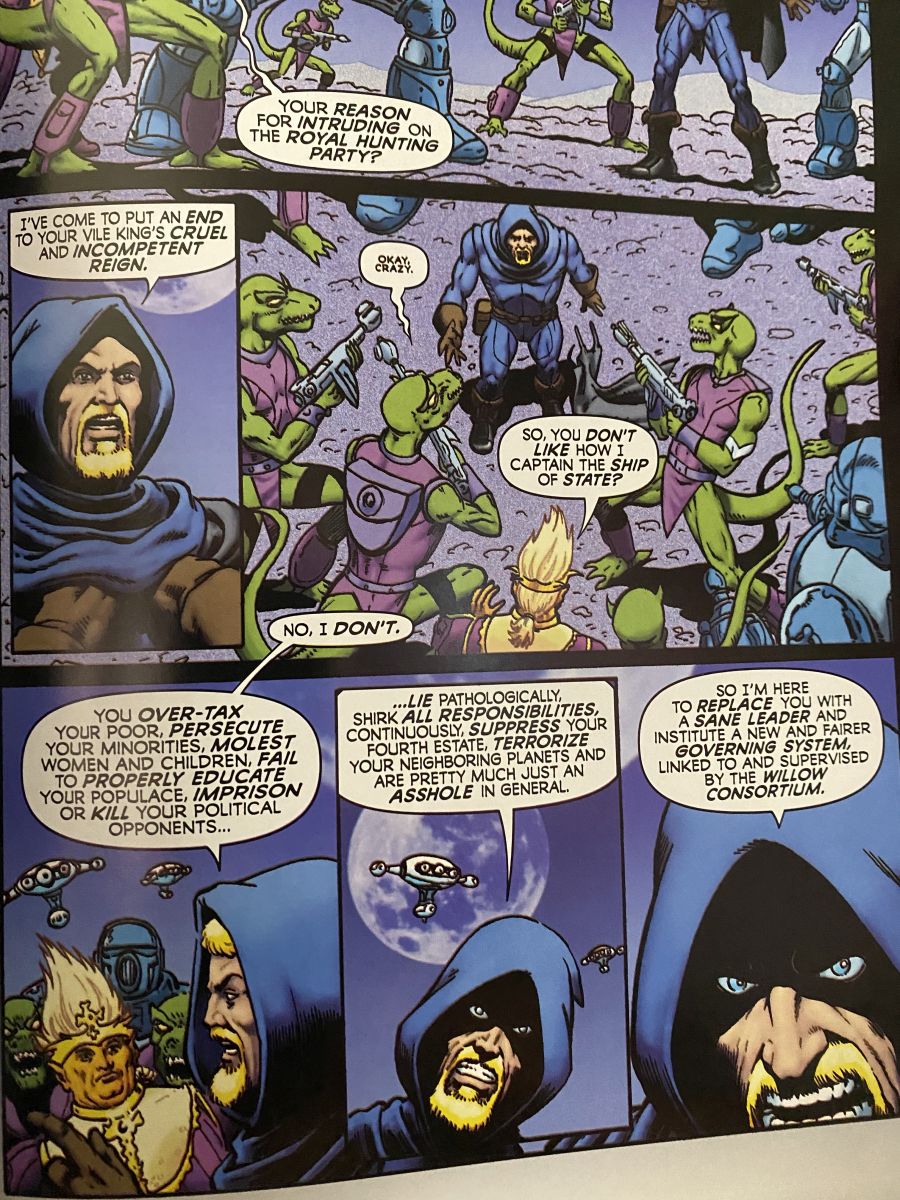 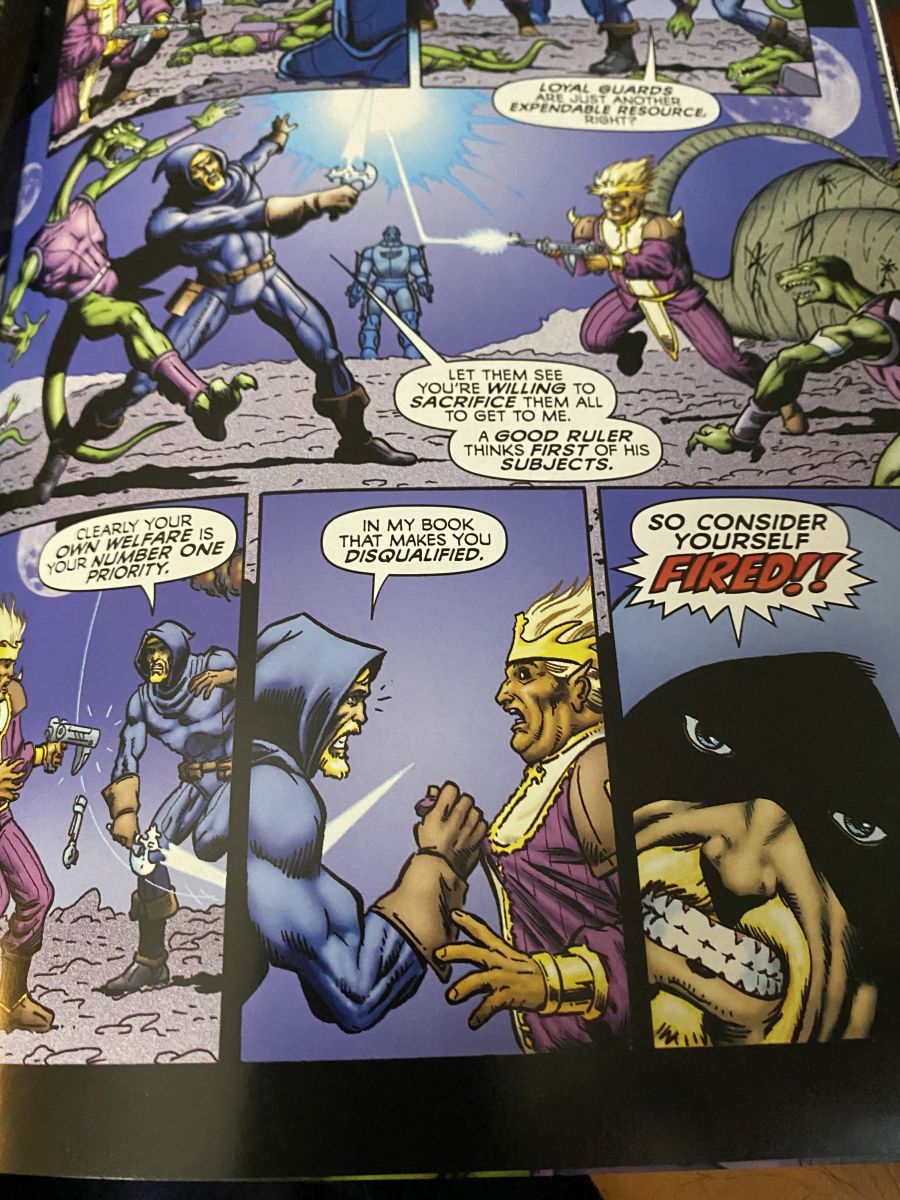 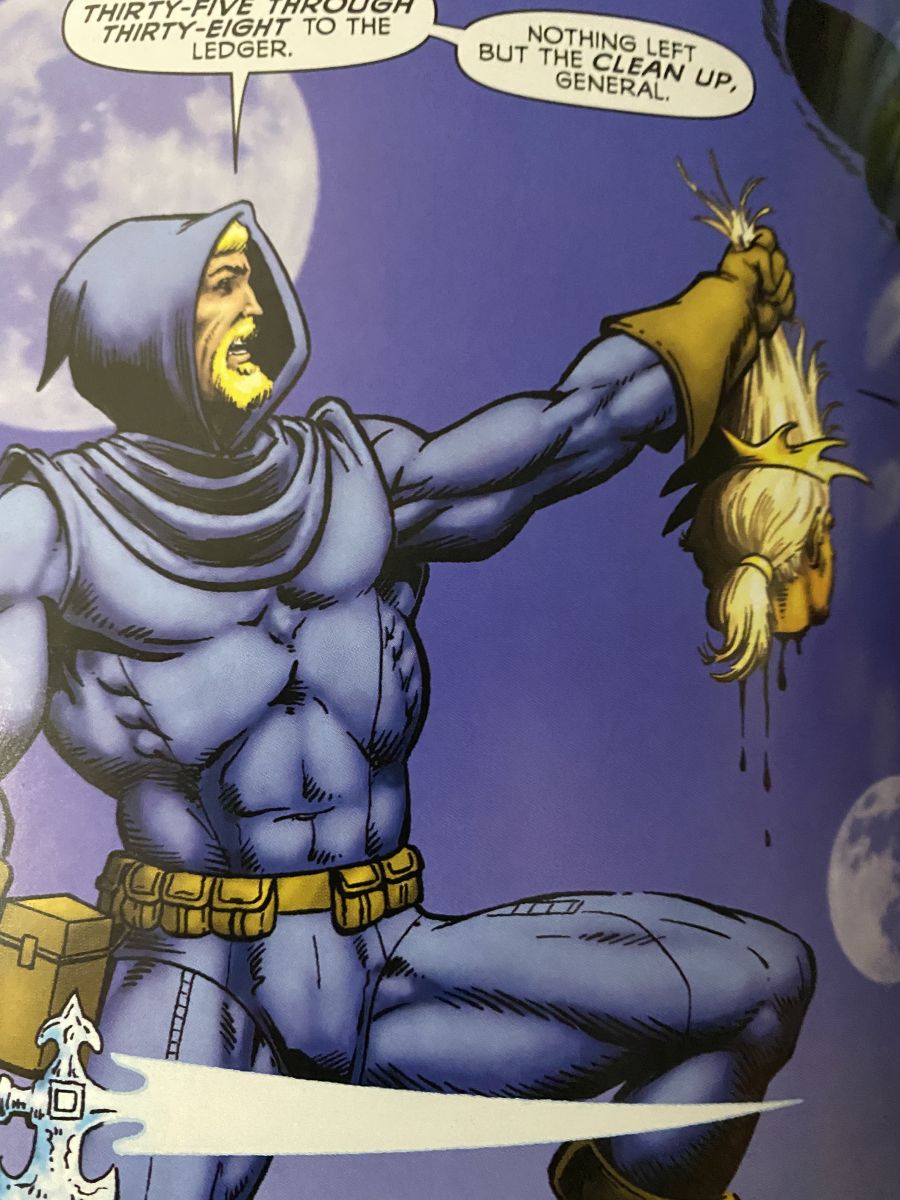 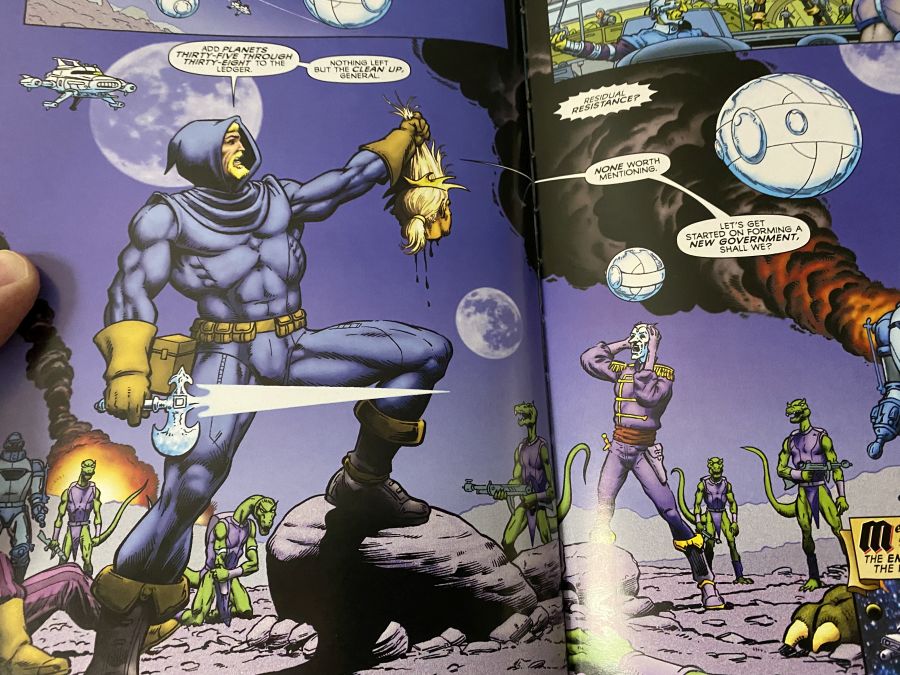