I believe a big complaint amongst fans in regards to Disney’s Star Wars: Galaxy’s Edge theme park is that it doesn’t feature any of the original characters.

The park features the Millennium Falcon, but for some reason, not Han Solo.

As attendance has not been up to par, Disney now announces that an original character will be found at Star Wars: Galaxy’s Edge with the fan-favorite droid R2-D2. 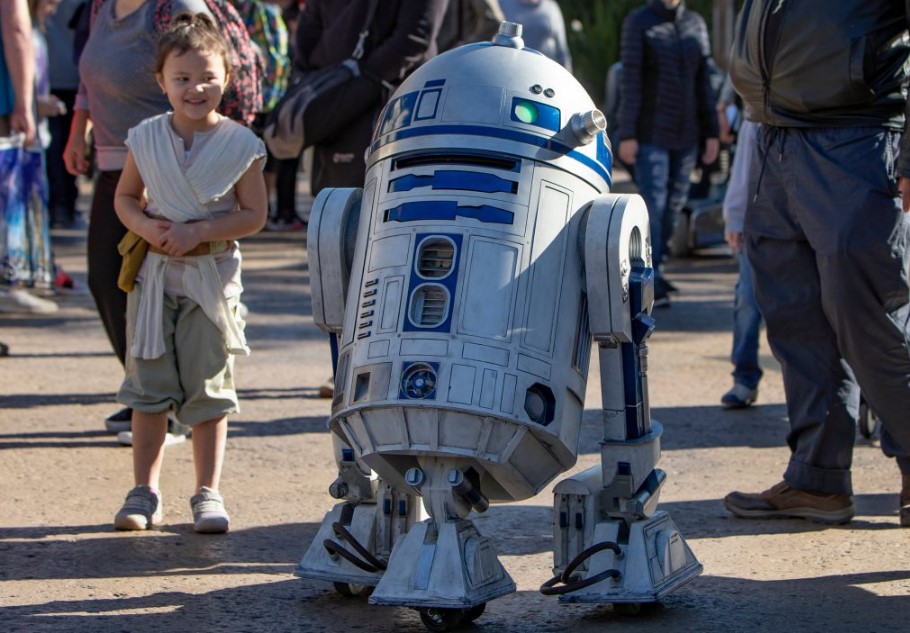 The blog added: “If you are planning on visiting Star Wars: Galaxy’s Edge at Disneyland or Walt Disney World Resorts, you’ll encounter plenty of characters from around the galaxy—from members of the First Order and the Resistance, to cosmic creatures and of course, droids! On your next transport to Batuu in Disneyland park, you may see a familiar sidekick gliding around: R2-D2!”

The site continues: “A resourceful astromech droid, R2-D2 has shown great bravery in rescuing his masters and their friends from many perils. A skilled starship mechanic and fighter pilot’s assistant, he formed an unlikely but enduring friendship with the fussy protocol droid C-3PO.”

It’s further added that Star Wars fans can head to Droid Depot to build their own droid.

“Choose from either an R-series or BB-series as droid parts come and go on conveyor belts,” the site says. “Then, place your finished droid in an activation station to bring them to life. Droids can be further customized with personality-affiliation chips, color panels and other accessories. Watch as your droid interacts with other astromech droids, as well as with certain elements throughout Black Spire Outpost.”

Fans can also look forward to the newest attraction, Star Wars: Rise of the Resistance, launching at Disneyland park on Jan. 17 after opening Dec. 5, 2019 in Disney’s Hollywood Studios at Walt Disney World Resort.

Regarding attendance at Star Wars: Galaxy’s Edge, it’s actually been rumored to be re-branded if things don’t pick up by February as over the Summer saw it reported that crowds have not been showing up.