A sequel to the hit 2021 Chronicle movie is in development at Disney Fox where the flick will feature a female lead and cast.

John Davis, a producer on Disney’s Jungle Cruise, filled in Forbes about plans for the sequel which includes the movie will be told from a female point of view:

Chronicle was literally the best return on investment, any of my movies ever made. Chronicle we did for $12 million, and it grossed $126.64 million worldwide. Then it had a huge afterlife in syndication. It’s one of the most financially successful movies in my stable.

We’re working on Chronicle 2 right now, and I think it’s going to be great. We’re working on it at Fox (20th Century Studios). It’s going to give us a chance to tell the story in a different way. We’re going to tell it from the female point of view. It will have been ten years since the event happened in Seattle, and a lot of it’s going to deal with fake news and real news and cover-ups. More interestingly, it’s the next generation getting these powers that are corruptive. These are young women just finishing college, they are empowered, and this is their journey. I mean, what a new and interesting story you can tell there.

From Davis’ description, it seems the sequel will basically be a remake of the first movie, but the writer on Chronicle, Max Landis, his original plan was to have the sequel feature either a time travel story or a schizophrenic villainess. See below. 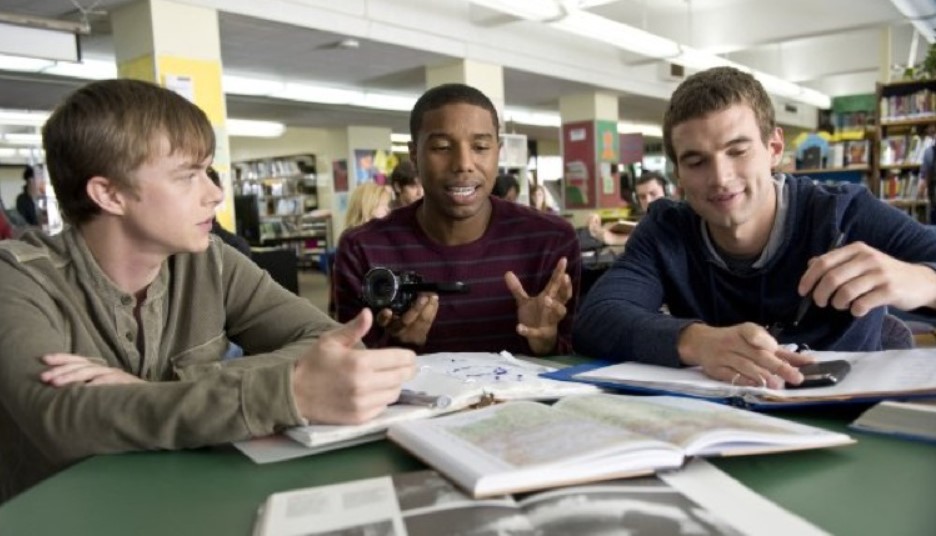 The time travel story Landis pitched would have seen the boys realize they have the ability to turn back time and would have retconned the first film’s ending (via The Daily Beast):

It begins in the storm with Steve (Michael B. Jordan),” Landis says, his voice dripping with drama. “Lightning is going behind Steve and you hear Andrew (Dane DeHaan) going, ‘Leave me alone!’ and then you hear Matt (Alex Russell) go, ‘What’s going on? You have to come down right now!’ The next shot is the sun is rising over Seattle, they’re on a cliff outside the city, the camera’s been put down all the way, laying on the ground. Dane is going, ‘You don’t understand, my mom is really sick and I hate my dad, I’ve got to get out of the house—’”

Landis pauses, smiling through tears. “I’m crying, because I love this scene so much.” He collects himself and continues. “Matt goes, ‘Dude, you’re my cousin. Stay with us. Get the fuck out of there.’ Andrew’s like, ‘I’m sorry, I feel like I’m going crazy’ and Matt’s like, ‘It’s okay, man, we’re here for you.’ And Steve’s like, ‘First things first—enough with this fucking camera.’ He turns it off, and the title comes up: Chronicle 2.”

The pals with secret super powers graduate from high school but then go on the lam across the world as government forces hunt them down. They discover a new power: the ability to manipulate time. “The end of the movie is the government descends on them, there’s this whole fight, it’s very scary, Andrew is killed. Matt is killed. Steve’s alone and he’s being closed in on by the government going, ‘This didn’t happen this way.’ The government’s going, ‘Put your hands in the air!’ Steve looks at the camera and goes, ‘This didn’t happen this way.’ And just like that, it rewinds to the beginning of the second act of Chronicle 2 and you see them being filmed by these French girls that they were hanging out with, and you see Steve go, ‘We’ve gotta go.’”

Regarding the second pitch from Landis that would have featured a female villainess with the title Martyr, she goes after Matt where she blames him for her boyfriend’s death and creates a mech suit (sounds Iron Man-like):

In another Chronicle sequel pitch entitled Martyr, Landis focused on a new female character: Miranda, a schizophrenic villainess-in-the-making who faces off with reluctant superhero Matt after the death of her anarchist boyfriend. “There’s this really interesting moment where she’s turned into this supervillain, she has a mechanized suit—like a real thing they can build now that would cost $20 million, but if you’re a genius you can do it—and she’s totally insane, living in this house with garbage everywhere, filming herself and talking to the camera on drones like it’s her boyfriend,” says Landis. “It’s one of my better scripts. It’s very dark. It’s not Chronicle. It has a much happier ending than Chronicle!”

The Max Landis Chronicle sequel never happened because Landis and Fox parted ways, and in the following years Landis would be involved with controversy due to sexual misconduct claims.