Without getting into too many spoilers, as the issue came out today, there are pages in the book where Doctor Manhattan is looking at future timelines as well as alternate Earths involving Superman.

It's revealed that Earth-2 exists; the first Crisis has happened; Earth-1 becomes Earth-1985, "a world unexplored even today," and The New 52 gets its own Earth, Earth-52. 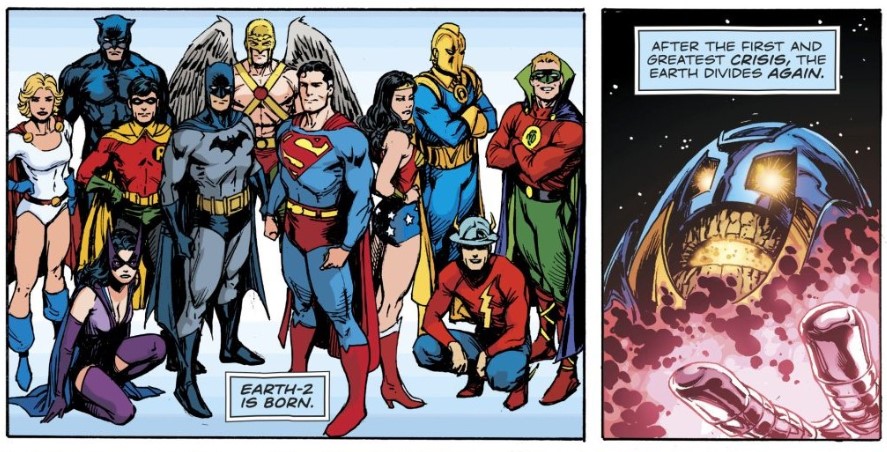 Regarding future timelines, the issue teases:

In the year 2020, Superman's timeline is bombarded by the reckless energies of the old gods, once again warping the Metaverse.

It's July 2nd, 2025: A Crisis unlike any the Metaverse has seen, one they will call "Time Masters," erupts (note: Rip Hunter teases this in the latest issue of Justice League).

But in its wake, Superman is revitalized. And his greatest allies return. 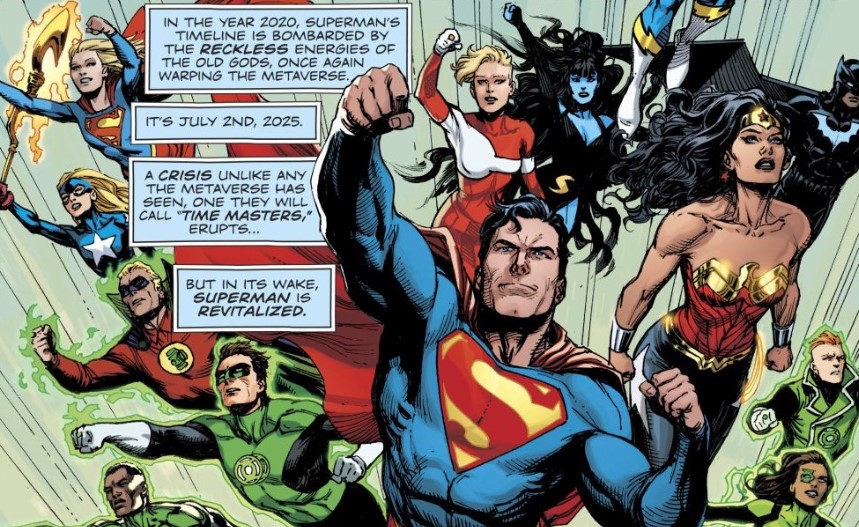 And Earth-5G is born (note: 5G is said to be DC's new event that deals with replacing current characters with SJW characters).

A possible DC vs Marvel crossover is teased:

Though it is dated for the year 2030 and mentions both Thor and Hulk, we can speculate that this is simply Geoff Johns and/or DC Comics (and Marvel) offering up that the comics people want a DC versus Marvel crossover, but obviously it is up to the corporate execs at AT&T/Warner Media and Disney to let it happen (Kevin Feige is now in charge of Marvel Comics, so who knows?).

On July 10th, 2030, the "Secret Crisis" begins, throwing Superman into a brawl across the universe with Thor himself... (worth a note is that Thor is in the public domain)... And a Green Behemoth stronger than even Doomsday, who dies protecting Superman from these invaders.

Worth a mention is that it is unclear if all or just some of these events will actually happen as DC Comics is not run by Geoff Johns, but it does appear as if Johns created some sort of guide for DC to go by if they choose to do so. Obviously Bendis is on Superman (rolls eyes) and such, so what exactly happens remains to be seen.

Note: Screenshots are taken from digital issue purchased at Comixology. 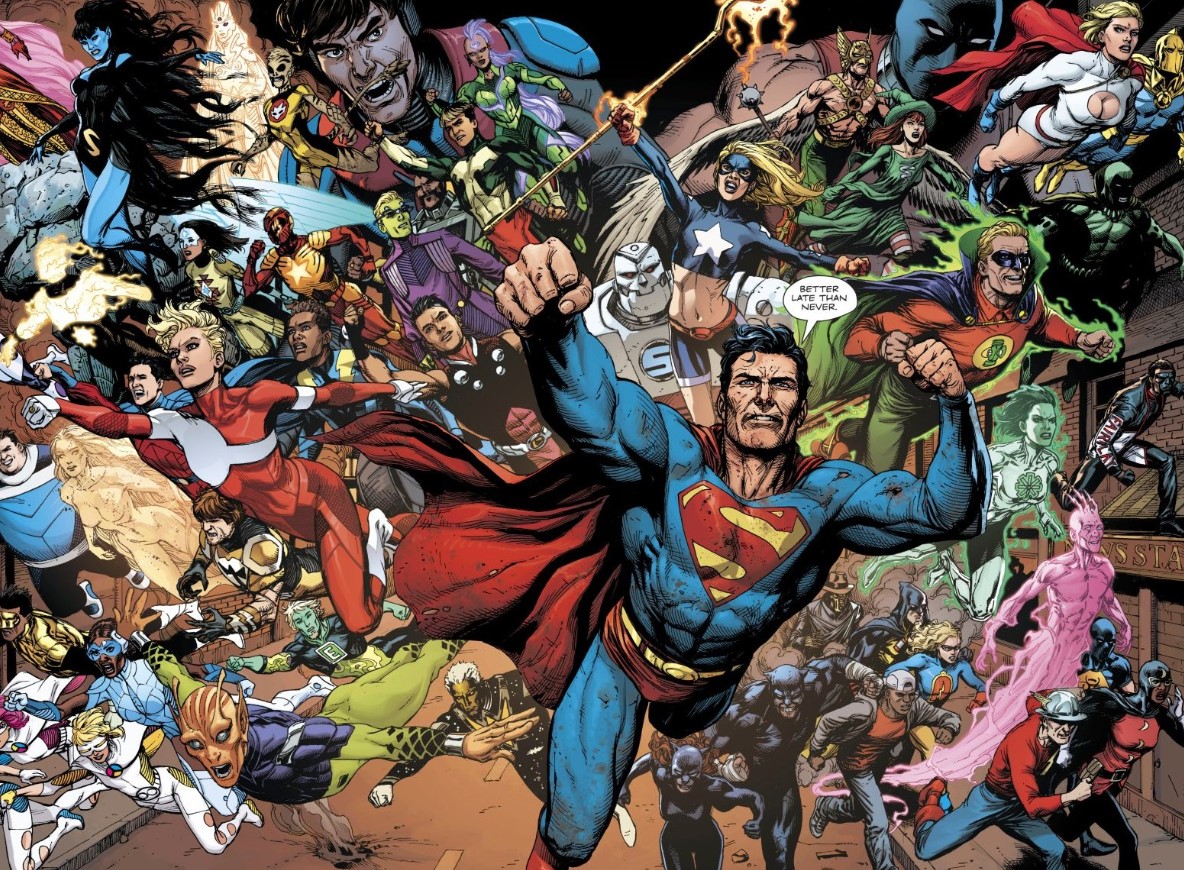